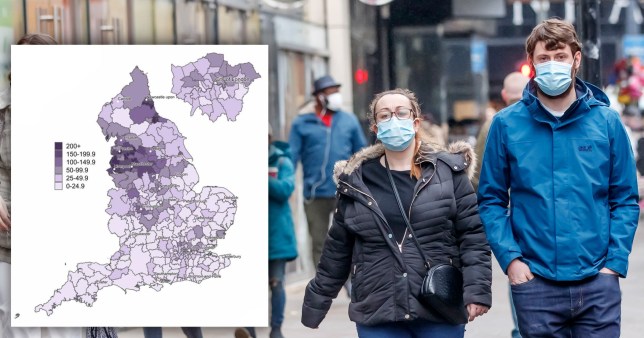 Michael Gove says areas with low infection rates shouldn’t be subject to the same rules as other places (Picture: PA)

Michael Gove has resisted calls for a new national lockdown because it would be ‘wrong’ to impose tough restrictions on parts of the UK with low infection rates.

The Cabinet Office Minister has pushed back on scientific advice that a ‘circuit breaker’ is needed now, saying the Government’s regional approach is a fairer way of tackling the spread of the virus.

Appearing on the Ridge on Sunday programme on Sky News, Mr Gove was asked if the Government is going to introduce a ‘circuit breaker’ imminently but flatly responded: ‘no.’

He said: ‘It would seem to me to be an error to try to impose on every part of the country the same level of restriction when we know that the disease is spreading more intensively and quicker in some parts of the country.

‘The nature of the epidemiology – the scientific word for the spread of this disease – is different in this wave than it was earlier in the year.’

The Government’s scientific advisory committee, Sage, and the Labour Party have both called for a short, sharp lockdown to be imposed as soon as possible.

It’s thought the measure could set back the spread of cases by around four weeks, allowing time to improve the test and trace programme and relieve pressure on the NHS.

Mr Gove did not rule out introducing the measure in future, saying: ‘We always look at how the disease spreads and we will take whatever steps are necessary to maintain public health.’ But he said the situation at the moment ‘does not merit that approach.’

The country has seen large discrepancies in the number of people catching the virus since the start of the second wave in September. Infection rates currently range from 24 per 100,000 people in the Isle of Wight to 807 per 100,000 in Nottingham, according to the latest figures.

Mr Gove said: ‘It would seem to me to be wrong to impose restrictions on the economic and personal lives of individuals in parts of the country where the disease is not spreading so intensively.’

After a week of arguments about whether Greater Manchester should be put into the third tier of the new local lockdown system, Mr Gove also used the interview to reiterate the need for tougher measures in the city.

He resisted saying the Government would force the area into new restrictions but said a consensus is needed quickly in order to save lives.

Figures including the Mayor of Greater Manchester Andy Burnham have strongly pushed back on the plans to put the city into tier three without more financial support.

Ministers could have enforced new rules ‘before now’, according to Mr Gove, but he said the Government is still trying to reach an agreement with civic leaders.

He said: ‘I want them to put aside for a moment some of the political positioning that they’ve indulged in and I want them to work with us in order to ensure that we save lives and protect the NHS.

‘Instead of press conferences and posturing what we need is action to save people’s lives.’

Speaking on the same programme, one of the Government’s scientific advisers, Sage member Professor Jeremy Farrar, said now was the ‘second best time’ to introduce a circuit breaker lockdown.

The committee advised the lockdown was needed in September but Professor Farrar said that it was ‘never too late’ for national restrictions, adding: ‘It’s better to do it now, than in a month’s time.’ 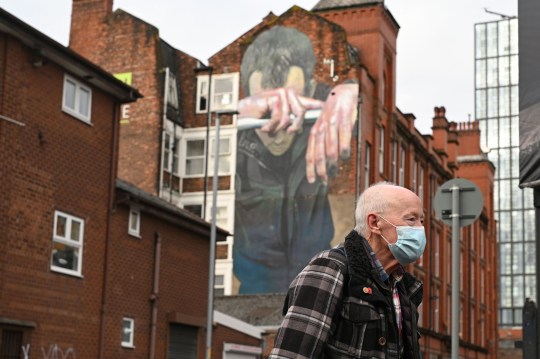 A man wearing a facemask walks past a mural in Manchester (Picture: Getty Images) 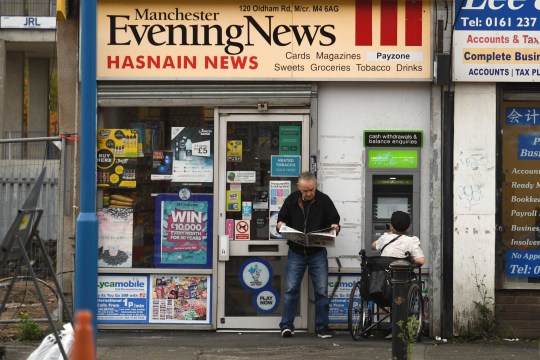 A man reads a newspaper outside a shop in Ancoats, northern Manchester (Picture: Getty Images)

He said: ‘In my view the best time to do this would have been around 20th September as Sage advised, that wasn’t decided upon then.

Labour MP Kate Green also reiterated her party’s call for a circuit breaker because local lockdowns ‘haven’t worked where they have been imposed so far.’ 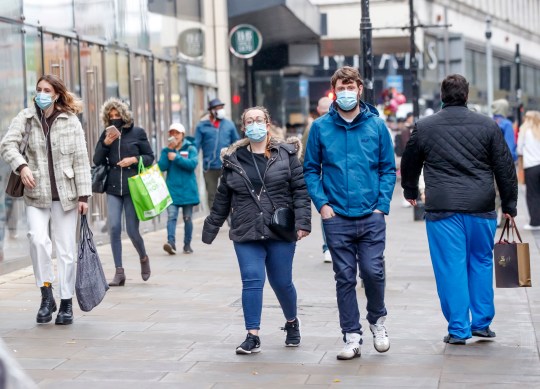 Ms Green represents the Stretford and Urmston constituency in Manchester which has been under restrictions for ten weeks, during which time the infection rate has gone up. She said that therefore ‘something different’ is needed.

She added: ‘One of the many problems we’ve got here with the local measures is the confusion that people have between what they can do here, what the rules are elsewhere and also the lack of support that’s been put in place.

‘People are very worried about the impact of further measures here on their livelihoods and on their jobs and on their businesses. That’s why we think we need a holistic solution, a solution for the whole country.’