LONDON—John le Carré, the spy-turned-novelist whose elegant and intricate narratives defined the Cold War espionage thriller and brought acclaim to a genre critics had once ignored, has died. He was 89.

In such classics as “The Spy Who Came In from the Cold,” “Tinker Tailor Soldier Spy” and “The Honourable Schoolboy,” Mr. Le Carré combined terse, but lyrical, prose with the kind of complexity expected in literary fiction. His books grappled with betrayal, moral compromise and the psychological toll of a secret life. In the quiet, watchful spymaster George Smiley, he created one of 20th-century fiction’s iconic characters—a decent man at the heart of a web of deceit.

For Mr. le Carré, the world of espionage was a “metaphor for the human condition.”

“I’m not part of the literary bureaucracy if you like that categorizes everybody: Romantic, Thriller, Serious,” Mr. le Carré told the Associated Press in 2008. “I just go with what I want to write about and the characters. I don’t announce this to myself as a thriller or an entertainment.”

His other works included “Smiley’s People,” “The Russia House” and, in 2017, “A Legacy of Spies.” Many novels were adapted for film and television.

Mr. le Carré was drawn to espionage by an upbringing that was superficially conventional but secretly tumultuous. 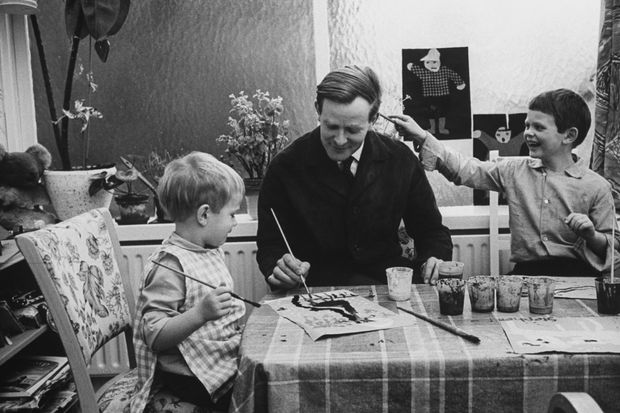 
Born David John Moore Cornwell in Poole, in southern England, on Oct. 19, 1931, he appeared to have a standard upper-middle-class education: the private Sherborne School, a year studying German literature at the University of Bern, compulsory military service in Austria—where his tasks involved interrogating Eastern Bloc defectors—and a degree in modern languages at Oxford University.

It was an illusion: his father, Ronnie Cornwell, was a con man who was an associate of gangsters and spent time in jail for insurance fraud. His mother left the family when David was 5; he didn’t meet her again until he was 21.

It was a childhood of uncertainty and extremes: one minute, limousines and champagne; the next, eviction from the family’s latest accommodation. It bred insecurity, an acute awareness of the gap between surface and reality—and a familiarity with secrecy that would serve him well in his future profession.

“These were very early experiences, actually, of clandestine survival,” Mr. le Carré said in 1996. “The whole world was enemy territory.”

After university—which was interrupted by his father’s bankruptcy—he taught at the prestigious boarding school Eton before joining the foreign service.

Officially a diplomat, he was in fact a “lowly” operative with the domestic intelligence service MI5—he’d started as a student at Oxford—and then its overseas counterpart MI6, serving in Germany, then on the Cold War front line, under the cover of second secretary at the British Embassy.

His first three novels were written while he was a spy, and his employers required him to publish under a pseudonym. He remained “le Carré” for his entire career. He said he chose the name—square in French—simply because he liked the vaguely mysterious, European sound of it. 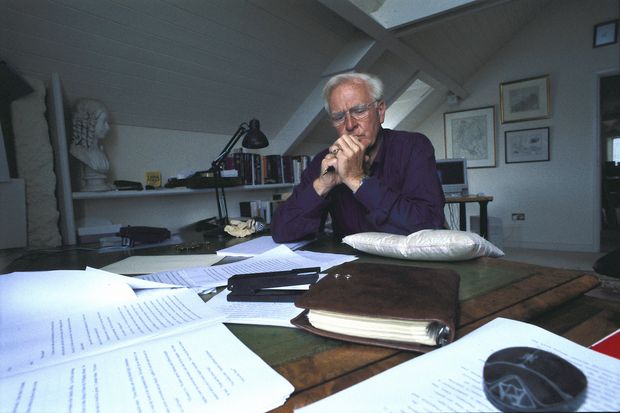 John le Carré in the study of his home in Cornwall in the 1990s.

“Call for the Dead” appeared in 1961 and “A Murder of Quality” in 1962. Then in 1963 came “The Spy Who Came In from the Cold,” a tale of an agent forced to carry out one last, risky operation in divided Berlin. It raised one of the author’s recurring themes—the blurring of moral lines that is part and parcel of espionage, and the difficulty of distinguishing good guys from bad. Mr. le Carré said it was written at one of the darkest points of the Cold War, just after the building of the Berlin Wall, at a time when he and his colleagues feared nuclear war might be imminent.

It was immediately hailed as a classic and allowed him to quit the intelligence service to become a full-time writer.

His depictions of life in the clubby, grubby, ethically tarnished world of “The Circus”—the books’ code name for MI6—were the antithesis of Ian Fleming’s suave action-hero James Bond, and won Mr. le Carré a critical respect that eluded Mr. Fleming.

Mr. le Carré said the character was based on John Bingham—an MI5 agent who wrote spy thrillers and encouraged Mr. le Carré’s literary career—and the ecclesiastical historian Vivian Green, the chaplain of his school and later his Oxford college, “who became effectively my confessor and godfather.” The more than 20 novels touched on the sordid realities of spycraft but Mr. le Carré always maintained there was a kind of nobility in the profession. He said in his day spies had seen themselves “almost as people with a priestly calling to tell the truth.”

He said, “We didn’t shape it or mold it. We were there, we thought, to speak truth to power.” 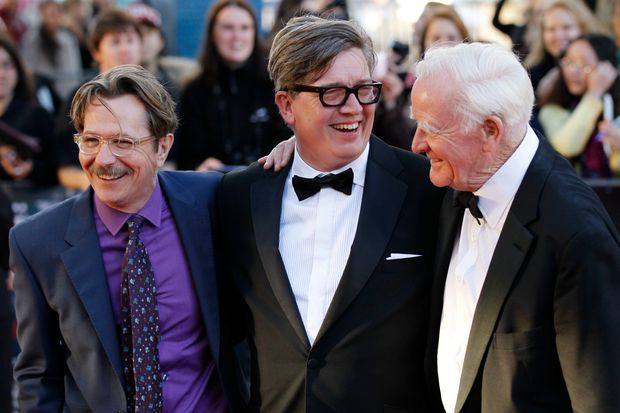 “A Perfect Spy,” his most autobiographical book, looks at the formation of a spy in the character of Magnus Pym, a boy whose criminal father and unsettled upbringing bear a strong resemblance to Mr. le Carré’s own. His writing continued unabated after the Cold War ended and the front lines of the espionage wars shifted. Mr. le Carré said in 1990 that the fall of the Berlin Wall had come as a relief. “For me, it was absolutely wonderful. I was sick of writing about the Cold War. The cheap joke was to say, ‘Poor old le Carré, he’s run out of material; they’ve taken his wall away.’ ” He added, “The spy story has only to pack up its bags and go where the action is.”

That turned out to be everywhere. “The Tailor of Panama” was set in Central America. “The Constant Gardener,” which was turned into a film starring Ralph Fiennes and Rachel Weisz, was about the pharmaceutical industry’s machinations in Africa.

“A Most Wanted Man,” published in 2008, looked at extraordinary rendition and the war on terror. “Our Kind of Traitor,” released in 2010, took in Russian crime syndicates and the murky machinations of the financial sector.

Mr. le Carré reportedly turned down an honor from Queen Elizabeth II—though he accepted Germany’s Goethe Medal in 2011—and said he didn’t want his books considered for literary prizes.

In later years he was a vocal critic of the government of Tony Blair and its decision—based partly on hyped-up intelligence—to go to war in Iraq, and criticized what he saw as the betrayals of the post-World War II generation by successive British governments.

“The changes that I was promised since I was about 14—I remember being told when Clement Attlee became prime minister and [Winston] Churchill was slung out after the war, that that would be the end of the [private] school system and the monarchy,” he said, in 2008.

“How can we have achieved the poverty gap that we have in this country? It’s simply unbelievable,” he said.

Although he had a home in London, Mr. le Carré spent much of his time near Land’s End, England’s southwesternmost tip, in a cliff-top house overlooking the sea. He was, he said, a humanist but not an optimist.

“Humanity—that’s what we rely on. If only we could see it expressed in our institutional forms, we would have hope then,” he told the AP. “I think the humanity will always be there. I think it will always be defeated.” 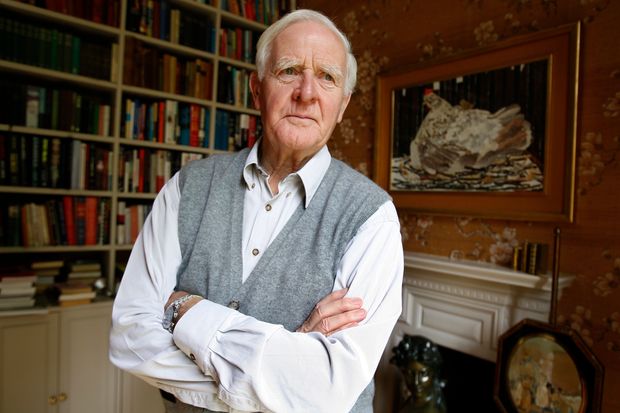