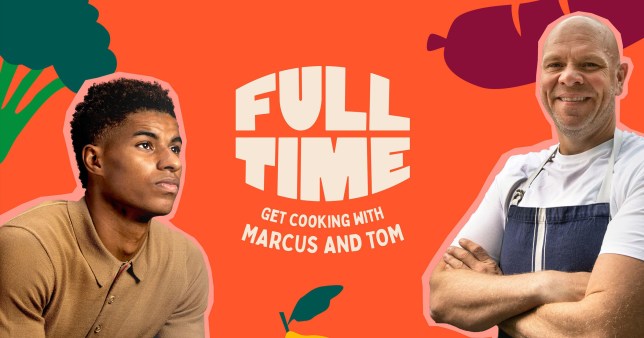 The campaigning England footballer Marcus Rashford is teaming up with a Michelin-starred chef and other celebrities to provide poorer families with back-to-basics recipes.

Cook Tom Kerridge is joining forces with the Manchester United striker – who won widespread praise for his work on free schools meals – to provide culinary tips for a year, in another move designed to tackle food poverty.

Rashford, 23, wants the social-media based weekly sessions – which will feature famous faces from sport, music and television – to inspire people to make easy but healthy meals on a budget.

His latest campaign, named Full Time: Get Cooking With Marcus And Tom, launches this Sunday and coincides with the Government’s Healthy Start payment scheme, which supports low-income households with food shopping.

The duo’s 52 tutorials will be posted on Instagram every Sunday, covering recipes from overnight oats and sandwiches to fish pie and Rashford’s childhood favourite, spaghetti Bolognese.

The footballer, a self-confessed novice in the kitchen, will take part in around 20 video ‘how-to’ sessions, with celebrity guests such as broadcaster Fearne Cotton and fitness guru Joe Wicks among those substituting in to join Kerridge, 47.

The pair said they were inspired to join forces due to their personal experiences of growing up in single-parent households on low incomes. 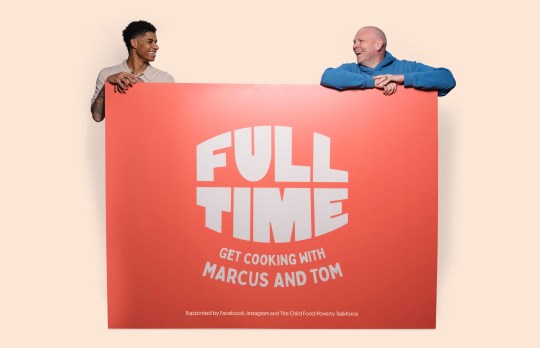 The pair will provide tutorials every week for a year on social media (Picture: PA)

Rashford told reporters ahead of the launch: ‘It’s unfair if somebody goes to sleep without eating a meal.

‘I want it to get to a stage where, worst case scenario, everybody has to be at least eating three meals, breakfast, lunch and dinner – that’s my aim.’

He said the campaign aimed to remove any fear of cooking for those with limited skills.

‘Sometimes a lot of people are afraid of mistakes (in the kitchen), so if a lot of kids engage with it then it will be a lot of fun,’ he said.

Recalling going hungry as a child, the England star added: ‘I remember sometimes at school I would fall asleep – I just hadn’t eaten food, I wasn’t awake, so I would just literally fall asleep. 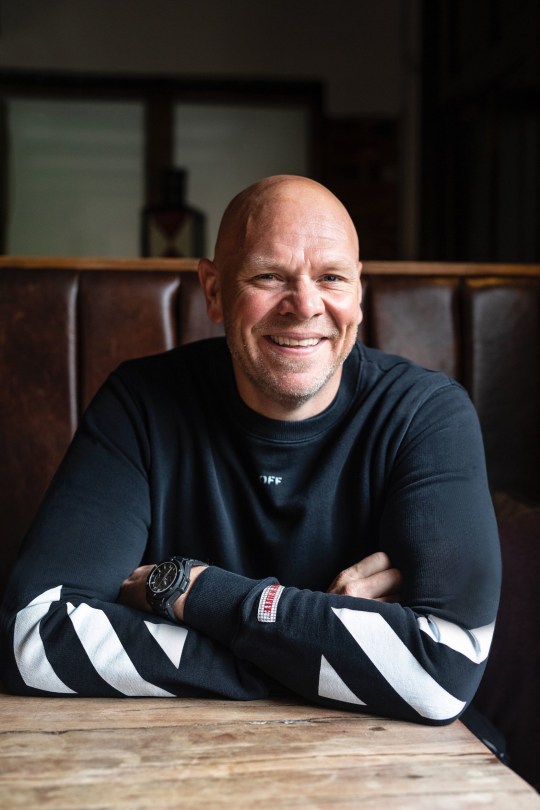 Kerridge compared his tips with ‘learning to ride a bike – right at the beginning, with stabilisers’ (Picture: PA)

‘So I can see how it has an effect on their ability to learn and concentrate in class.

‘Some of these kids may dream to be a scientist but imagine if they’re in science class but they’re always tired – I don’t want that to happen.’

Rashford said he wanted the initiative to help remove the sort of “embarrassment” his mother Melanie felt when using food banks, and described the stigma attached to state-funded programmes such as Healthy Start vouchers as “the most silly thing I’ve ever heard”.

Kerridge praised Rashford for his enthusiasm in the kitchen, and described the cooking abilities of the other household names involved as ‘a total mixed bag’.

‘Some are pretty competent, others used a bit of creative licence adding their own personal touches to the recipe which as a professional chef I absolutely love,’ Kerridge said.

‘I don’t care what level anyone is – just get in the kitchen and have some fun, it’ll all be fine and you’ll have something tasty to eat – what I can say is Joe Wicks is on the same page as me concerning pineapple and pizza.’

Healthy Start vouchers are worth £4.25 per child under the age of four each week and can be spent on items like fruit, vegetables and pulses.

Kerridge, well known for his two Michelin-star Hand And Flowers in Marlow, told reporters: ‘Normally the audience I reach out to is a foodie audience, they already know how to do things, they just want to improve.

‘This is like learning to ride a bike – right at the beginning, with stabilisers – it’s learning peeling carrots, peeling potatoes, dicing onions, it isn’t making tagines or braising beef briskets.’

He said there was ‘no silver bullet that solves the issue’ of food poverty, but added: ‘What we are trying to do is encourage those who are in that more disadvantaged area … to get more for their money.’

Recipes will be posted each week on the @FullTimeMeals Instagram page.