In addition to a drop in fuel bills, FASTag will also reportedly help boost royalty by Rs 10,000 crore per annum. 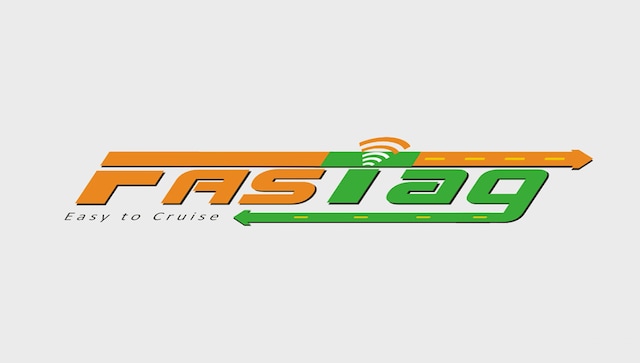 FASTag sanctioned by the National Highway Authority of India.

Mandatory FASTag for highways will help save Rs 20,000 crore per annum on fuel and boost the revenue by at least Rs 10,000 crore, Union Minister Nitin Gadkari said on Monday. Launching a live monitoring system to assess the live condition at toll plazas pan-India and releasing a rating system for national highways here, the road transport and highways minister the rolling out of the live monitoring and highways ratings was a step towards achieving perfection in terms of highway use, construction and quality.

“Making FASTags mandatory for highway users for collection of electronic tolls has significantly reduced delays at toll plazas. This will result in a significant saving to the tune of Rs 20,000 crore per annum on fuel cost,” Gadkari said while addressing the media.

The minister said not only this, but also that the electronic toll collection is set to boost royalty by Rs 10,000 crore per annum. Toll collection across India has risen since FASTag was made mandatory.

Gadkari said a new GPS based system for tolling is in the offing, where highways commuters will be required to pay only for the distance travelled on the basis of entry and exit points.

He, however, clarified that the system will take two years to be introduced.

After the introduction of e-tolling in December 2016, the toll plazas covered under it reached 794 on 28 February from 403 toll plazas in March 2018.

Gadkari said through live monitoring of toll plazas, one can not only access the live situation at any toll plaza, including delays, but also will get a history of the traffic and an almost realistic forecast of the traffic situation.

He said after the launch of the system, the delays have reduced significantly at toll plazas and the government endeavours to reduce delays to less than a minute in all plazas.

Citing the example of how FASTag has resulted in seamless traffic, he showed how delays at a Jaipur plaza were reduced to 5 minutes from earlier 30 minutes.

“There is zero waiting time at 80 percent of the total toll plazas and toll collection through electronic tolling has reached 93 percent from 80 per cent during the last fortnight after the FASTag was made mandatory,” Gadkari said.

Highlighting the advantages of the live monitoring of toll plazas, the minister said recently in a Mumbai incident, where a vehicle was found parked outside an industrialist’s house, it could be detected that vehicle entered from which toll plaza and who was sitting there and now the police is investigating it.

A vehicle with gelatin sticks, an explosive material, was found parked near industrialist Mukesh Ambani’s house in south Mumbai recently.

Gadkari said live monitoring of toll plazas will prove to be an important tool in the hands of officials from Income-Tax, GST and other related departments.

He said that based on the live status at toll plazas, the government could further take steps for correction, including increasing the lanes.

The Centre has provided this platform to eight states, the minister added.

He also launched a rating system for highways, saying the rating has been completed for about 20,000 km of 4/6 lane NH stretches, covering 343 cells (toll plazas) till the end of October 2020 and is ready for release.

As a policy, this highway rating exercise will be conducted biannually. This regular exercise will help all involved institutions to improve their services in a more objective manner and to further improve the existing network for a better travel experience, Gadkari said.

The audit of highways will be done on about 40 parameters, including quality, safety, services, facilities and other aspects.

To improve green plantation cover beside highways, e-tagging of plants will be done, Gadkari added.