At least 10 people detained for the deportation flight have direct connections to the Windrush generation (Picture: Movement for Justice)

A man with severe learning difficulties is among at least 20 people facing deportation to Jamaica on a Home Office flight scheduled for Wednesday.

Half of these detainees – held in Brook House, Harmondsworth and Colnbrook immigration removal centres – have direct links to the Windrush generation and most arrived in the UK when they were children, campaigners claim.

Urgent legal action has been launched to halt the deportation of the 34-year-old man, who has an IQ of 55 and is vulnerable to exploitation, according to a clinical psychiatrist.

His devastated mum, who wished to remain anonymous, told Metro.co.uk he does not really understand what is happening to him.

‘He doesn’t want to talk to anyone,’ she said, addressing his current mental state. ‘I don’t think he really understands.’

Even though he moved to the UK in 2000 at the age of 13 and has had Indefinite Leave to Remain status since 2007, the government has been trying to deport him for the last seven years after conviction for possession of a firearm, she claimed.

His mum stressed: ‘He has done his time in prison and everyone deserves a chance. We are all human beings, we all make mistakes.

‘You are taking away his whole life. They’re taking him away from his child too.’ 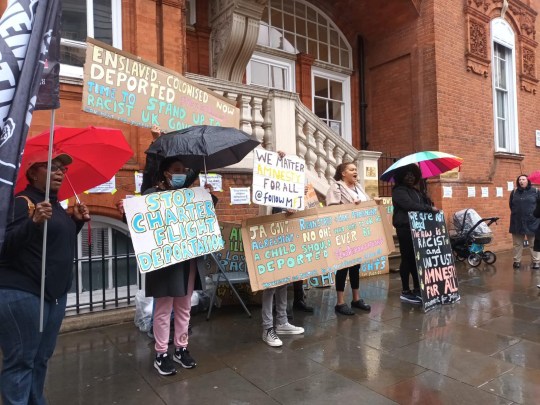 Campaigners gathered outside the Jamaica High Commission in South Kensington to call on its government to refuse the flight (Picture: Movement for Justice)

As her son’s sole carer, she is currently looking after his eight-month-old baby while he is being kept in Brook House in Gatwick.

According to Karen Doyle, national organiser for Movement for Justice (MFJ) who has been working on the 20 cases, the man is ‘scared out of his mind and confused as hell about how he can be sent somewhere he doesn’t know’.

She stressed the ‘absolute bottom line is that sending him to Jamaica is a death sentence’.

Several psychological and other assessments shared with Metro.co.uk by MFJ have identified the man has significant learning disabilities.

A report from a disability specialist practitioner at HMP Wormwood Scrubs from 2017 stated: ‘During his time in prison he has had to be observed and supported quite a lot to ensure his safety at all times and to ensure his mental and physical needs are met and to ensure he is not further exploited or bullied by others in prison.

‘He cannot live on his own, he is supported by his family. He cannot manage money, obtain shopping or cook meals, he would not be able to manage in paying bills or keeping up with appointments without the help and support from his mum and sister.

‘I cannot see how he will be able to manage if he is deported as he is completely dependent on his mum for all his personal and social care needs and would not last very long in a country he is unfamiliar with.’ 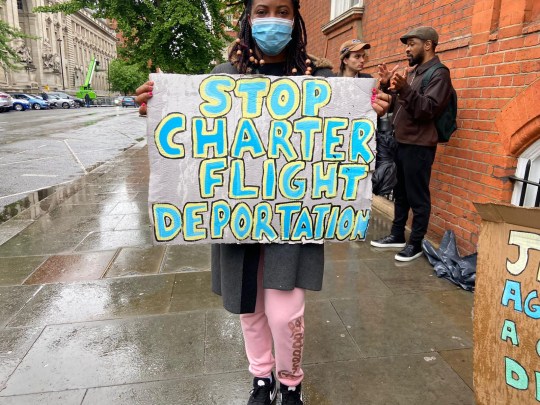 This will be the fifth mass deportation to the Caribbean since the Windrush scandal broke in 2018 (Picture: Movement for Justice) 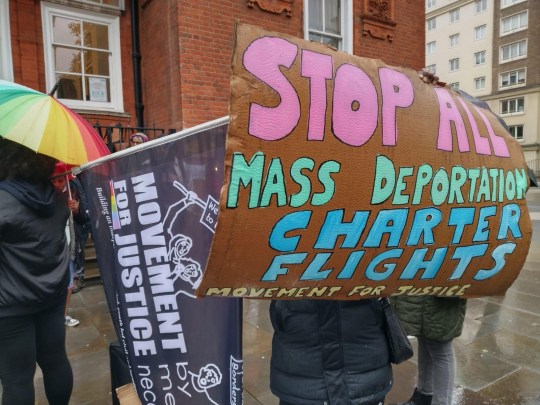 According to MFJ, 13 people out of the 20 currently detained came to the UK under the age of 18 (Picture: Movement for Justice) 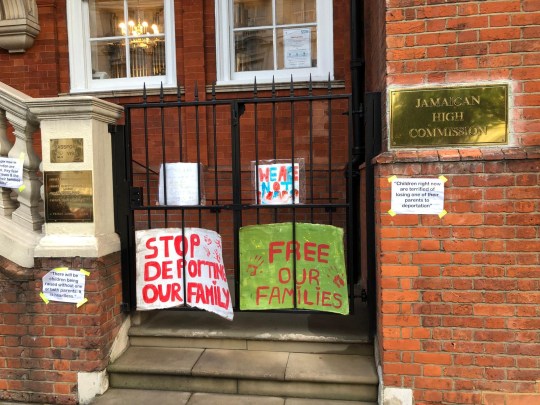 Most detainees moved to the UK more than 20 years ago (Picture: Movement for Justice)

Four out of 33 detainees were deported to Jamaica after ‘last-minute’ claims in November 2021, home secretary Priti Patel said at the time.

The youngest was just one when he arrived, and most moved more than 20 years ago.

Campaigners stressed the Home Office’s actions signal the end of any agreement made between the two governments that people who arrived in the UK under the age of 12 should not be forcibly removed to Jamaica.

A statement from the group said there are also 35 children at risk of losing their dads if Wednesday’s deportation flight goes ahead.

‘We are hearing reports of teenage daughters crying, refusing to eat or go to school, mothers telling us of many tearful and distressed children,’ it read.

‘The ages of the children range from newborn – whose father was taken only four days after birth – to 16 years old.

‘Several of the detainees have adult children and grandchildren here in the UK.

‘The mother of the newborn is struggling to cope caring for herself and the baby following a C-section – her partner was taking care of her as she recovered, now she is left with no one and struggles to even walk up the stairs.

‘There is a four-month-old baby who was born with sepsis and almost died; his older sister has an immune system
disorder.

‘The family have been going through stress and trauma for the past four months then their father/partner was taken from them.’