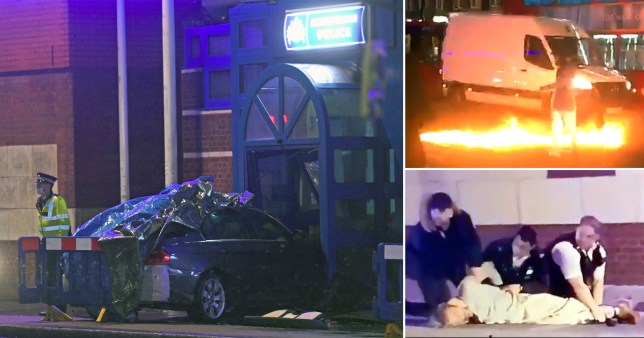 Adam Pawlowski has been charged with attempted arson following the incident (Picture: PA/Splash)

A man has been charged after a car crashed into a north London police station, before the road outside was set alight.

Adam Pawlowski, 45, was charged with attempted arson with intent to endanger life and criminal damage following the incident on Wednesday night.

Officers were evacuated from Edmonton Police Station in Enfield and residents nearby were ordered to leave their homes.

The collision occurred shortly before 7pm, when a vehicle smashed into the front entrance of the police station. 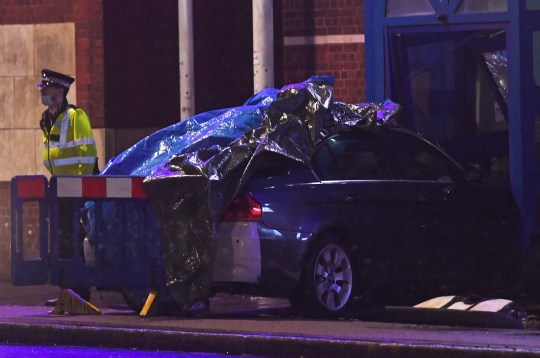 The scene at Edmonton Police Station in Enfield (Picture: PA)

The driver then got out of the car and doused the road outside in petrol before setting it on fire in front of moving traffic.

Video footage shows passersby running away and shouting, before a police car pulls up and uses a fire extinguisher on the huge flames.

No-one was injured in the collision or blaze and police said it was not being treated as terror-related. 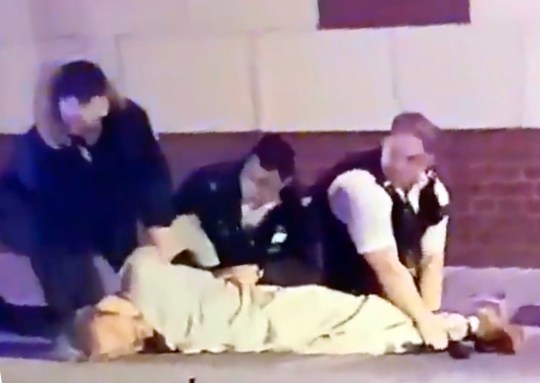 A man was seen being pinned down after the road was set on fire (Picture: Splash) 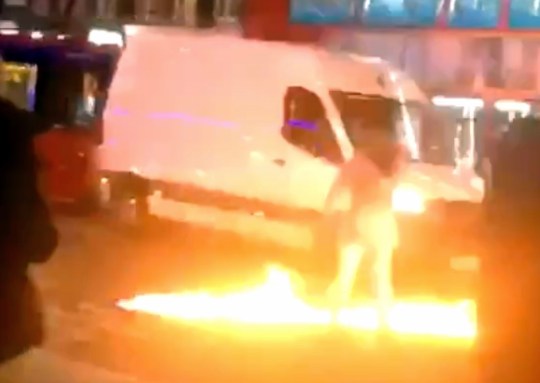 The blaze was started in front of moving traffic (Picture: Splash)

Detective Chief Superintendent Treena Fleming said earlier on Thursday: ‘I would like to thank the local community for their patience and co-operation while officers dealt with this incident and the resulting scene.

‘My thanks and admiration go to the brave officers who responded to this incident without hesitation in order to keep the public safe, and also to the members of the public who assisted in detaining the suspect without fear for their own safety.’

Save up 30% on Fashion and Kylie Skin launches