Directed by Kumarsen Samarth and produced by the Maharashtra govt 50 years ago, the 35-minute black and white film titled, A Case For Justice, seeks to establish that Marathi was widely used in the disputed areas 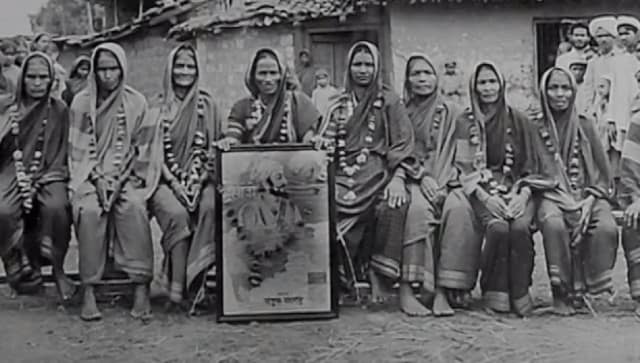 A screengrab of the 50-year-old documentary A Case For Justice. Image courtesy: YouTube@MAHARASHTRA DGIPR

Mumbai: Amid sparring with Karnataka leaders over the Belgaum issue, the Maharashtra Government has re-released an old documentary that makes a case for the inclusion of Belgaum and some other border areas in the state. The 35-minute black and white film titled, A Case For Justice, produced by the Maharashtra government 50 years ago, has now been released on YouTube in digital format.

“In view of the prevailing situation in the Marathi-speaking areas of Karnataka, Chief Minister Uddhav Thackeray directed that the film be made available for public,” a release from his office said on Thursday. It is now available on the YouTube channel of the Directorate of Information and Publicity of the state government.

Directed by Kumarsen Samarth, it seeks to establish that Marathi was widely used in the area. There is a scene showing a teacher in a Karwar schoolteaching in English, Marathi, and Konkani. Another scene shows a Marathi placard of an NCC battalion.

Vichari, local Marathi newspaper, a 1912 report in Marathi of the Karwar Urban Co-operative Bank and the Marathi plaque on a bridge in Belgaum constructed in 1890 also feature in the film. While the issue of Maharashtra’s claim on Belgaum and other border areas in Karnataka is before the Supreme Court afresh, a war of words has broken out between leaders from the two states.

On Wednesday, Karnataka deputy chief minister Laxman Savadi demanded that Mumbai be made part of his state and the Centre should declare it a Union Territory until then. His remarks came after Maharashtra chief ministerUddhav Thackeray said that areas in north Karnataka which are dominated by Marathi-speakers be declared a Union Territory till the Supreme Court gives final verdict.

The NCP, which is part of the ruling alliance in Maharashtra, asked state BJP leaders — whose party rules in Karnataka — to clarify their stand.