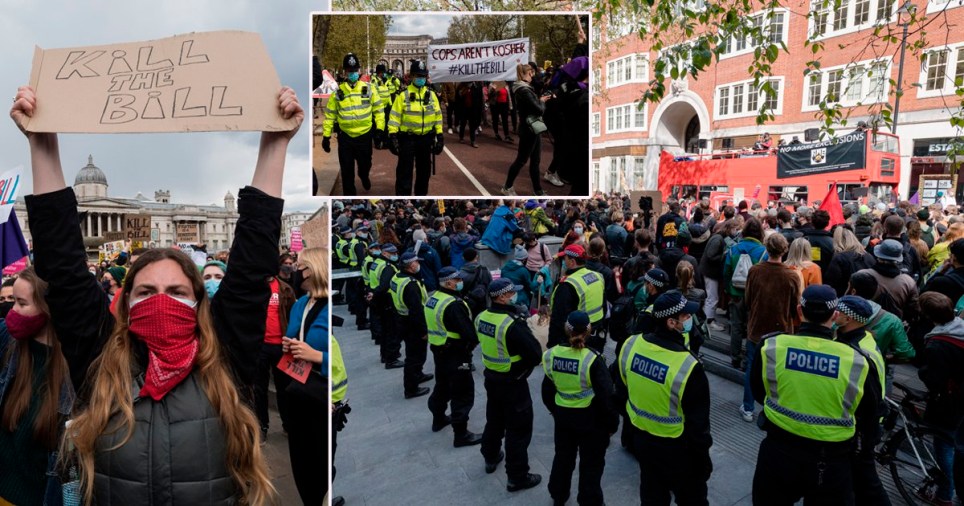 Thousands joined a march in London on May Day to protest against the Police, Crime, Sentencing and Courts Bill (Picture: Rex)

Activists opposed to a new policing bill claim they have held their biggest demonstration yet as thousands marched through central London to protest.

Critics of the Police, Crime, Sentencing and Courts Bill poured into Trafalgar Square and the Mall for the ‘Kill the Bill’ demonstration from midday on Saturday.

The bill will hand greater power to police to shut down protests deemed overly noisy or disruptive and was drafted in response to actions by Extinction Rebellion and Black Lives Matter.

Seven people were arrested in London while similar protests were also held in 40 towns and cities across the country.

Commander Simon Dobinson, of the Metropolitan Police, said ahead of the protests: ‘We have attempted to make contact with the organisers of Saturday’s demonstrations.

‘It is their responsibility to comply with the regulations and ensure their gathering is safe.

‘Officers will be present to try to engage with protestors, to explain the restrictions, encourage compliance and take steps to enforce the restrictions if it is necessary to do so.

‘Anyone intending to engage in violence or disorder needs to understand that police we will take steps to prevent that behaviour. We will not tolerate attacks on our officers and staff.’ 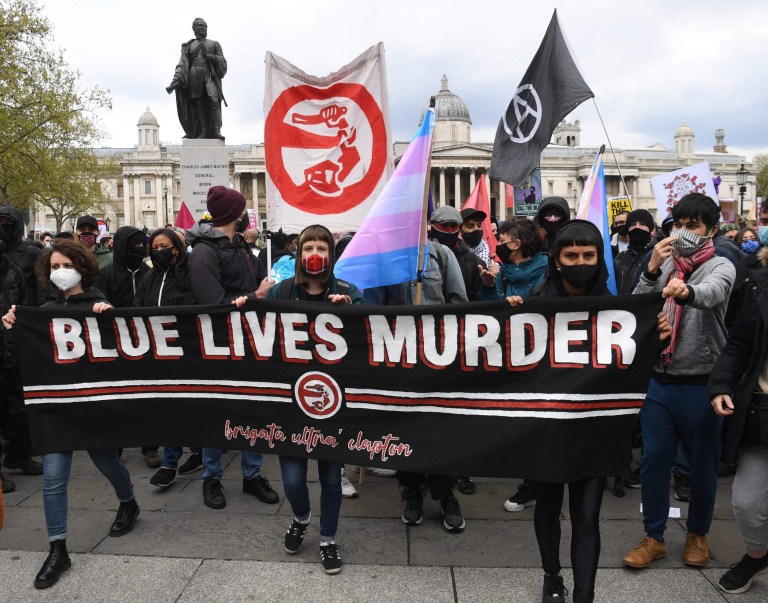 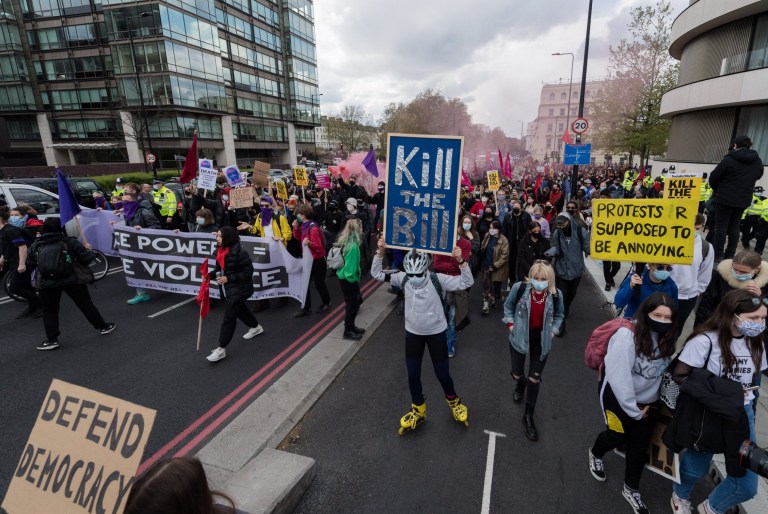 Organisers said Saturday’s demonstration was the biggest yet (Picture: Rex) 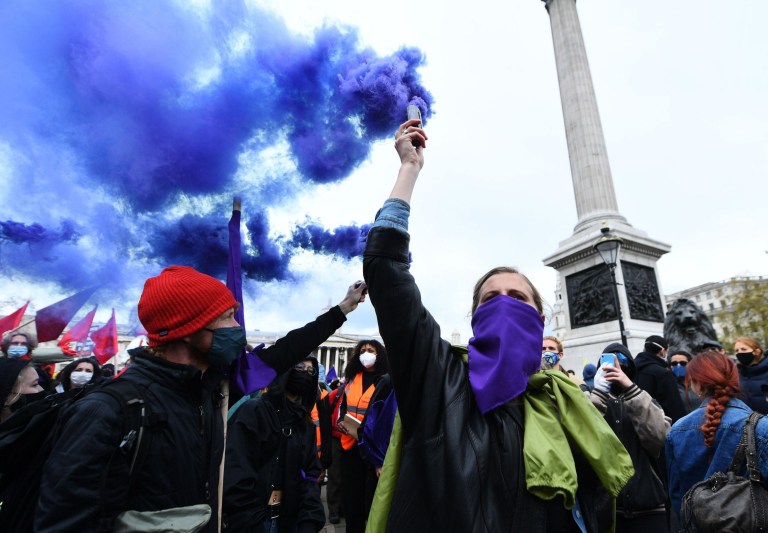 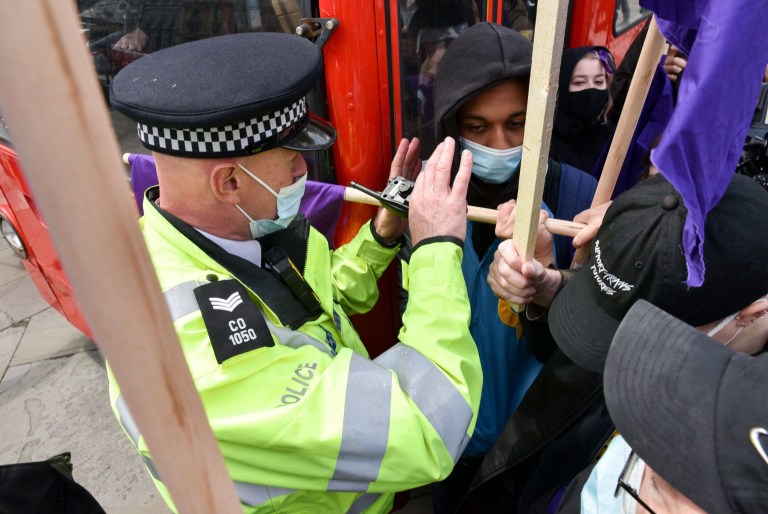 Later in the afternoon, the demonstrators – spearheaded by anti-domestic violence charity Sisters Uncut – headed towards the Home Office.

The proposed bill would give police in England and Wales more powers to impose conditions on non-violent protests – including those deemed too noisy or a nuisance. Those convicted could face fines or jail terms.

At the Newcastle protest, demonstrators faced off against officers who blocked them from accessing a police station.

One witness said: ‘Police closed the road and stopped access, there were a couple of scuffles and a few protestors were detained. 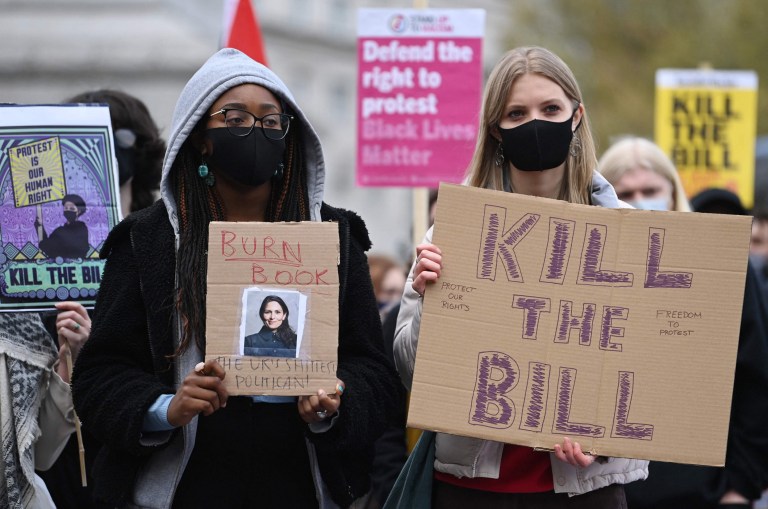 The proposed bill would give police in England and Wales more powers to impose conditions on non-violent protests (Picture: Getty) 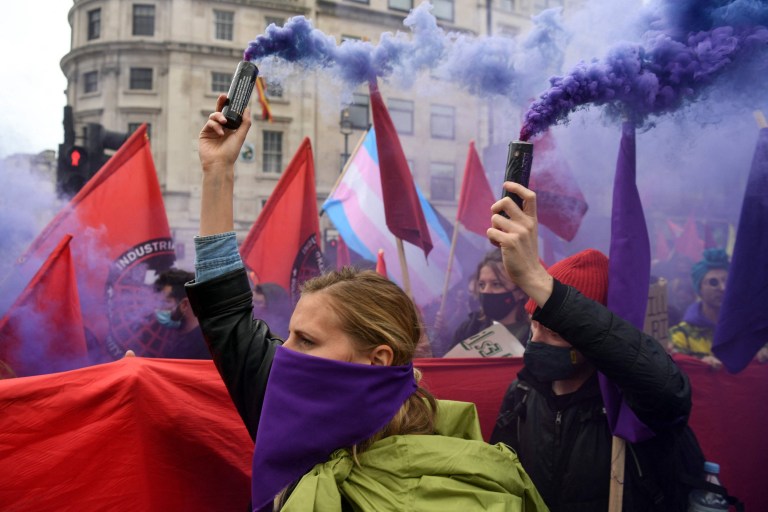 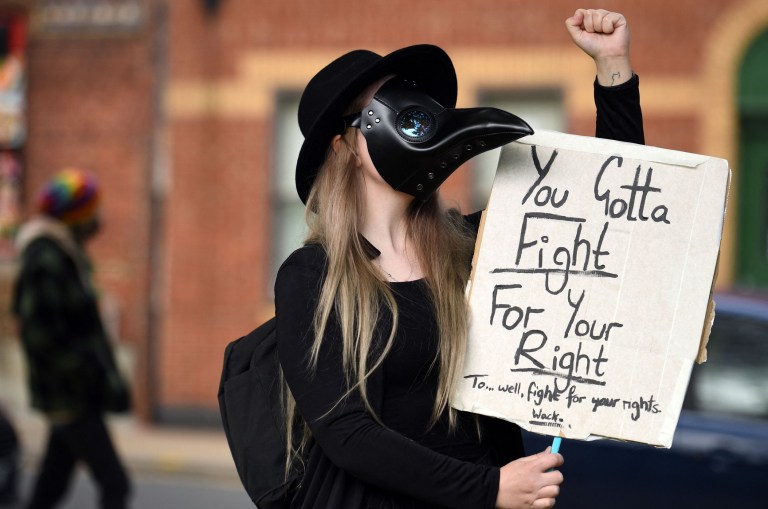 ‘After 30 minutes or so the protestors seemed to realise they wouldn’t get through so moved on.’

In Sheffield, demonstrators took the knee and gave the black power salute in a park close to the city centre, before marching towards City Hall.

Protestors in Manchester occupied Portland Street in the city centre.

A Home Office spokesman said: ‘The right to protest is a cornerstone of our democracy, but over recent years we have seen an increase in the use of disruptive and dangerous tactics. 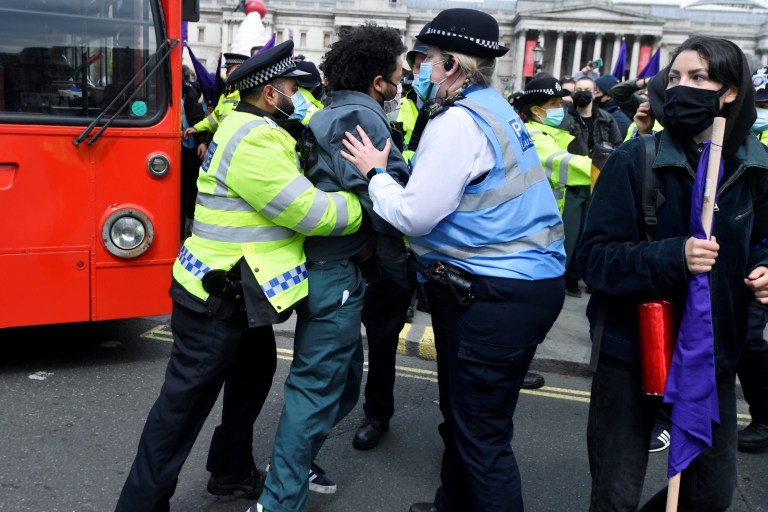 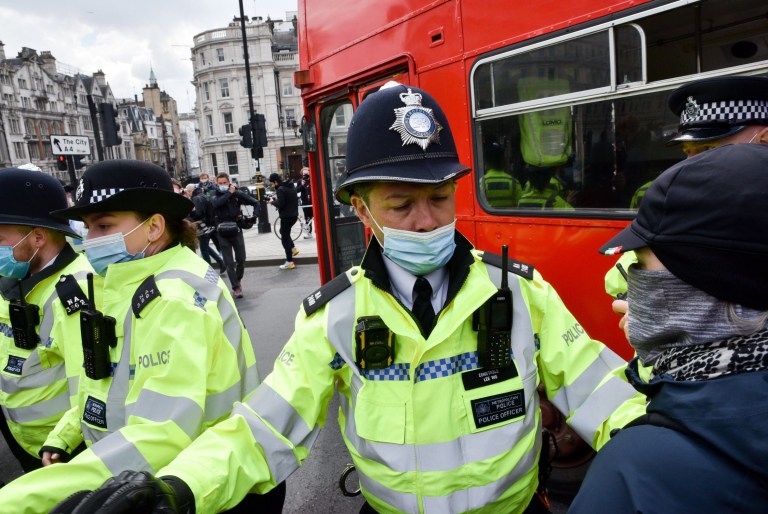 Police had urge those present to respect the restrictions (Picture: Rex) 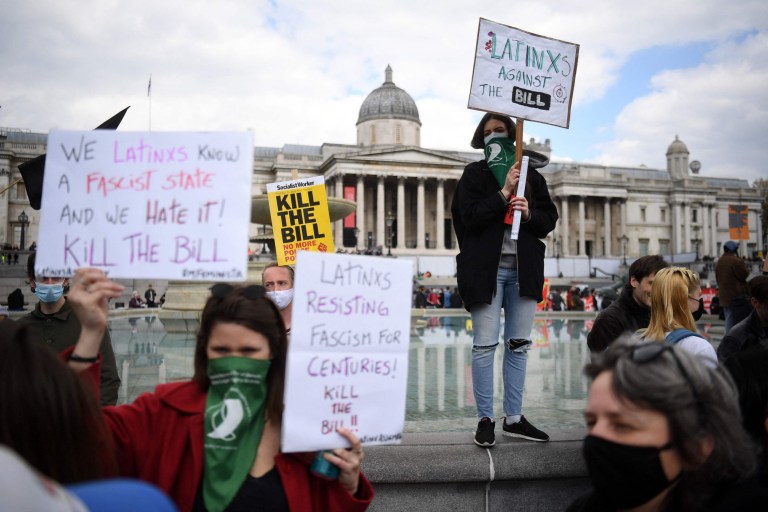 Protests against the bill flared after police were heavy handed at a vigil for Sarah Everard (Picture: Getty) 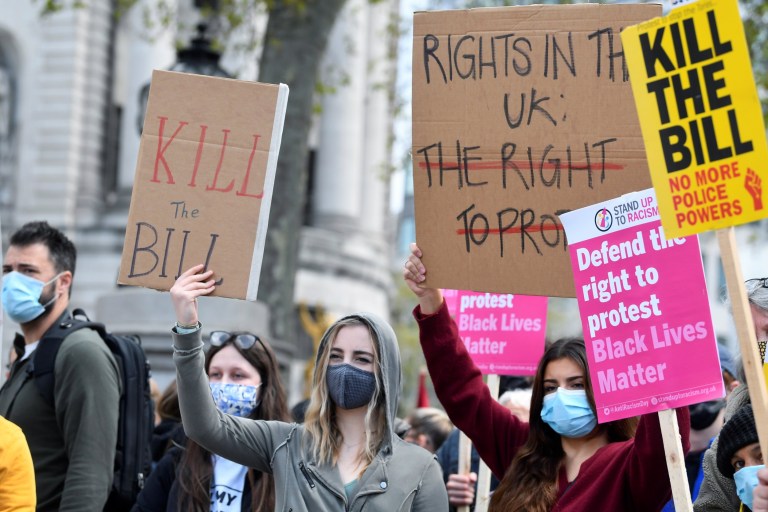 The bill could mean that those convicted are fined or given jail terms (Picture: Reuters)

‘It is totally unacceptable to smash up private property, block emergency vehicles and prevent the printing press from distributing newspapers.

‘The Government will not stand by as the rights and freedoms of individuals, businesses and communities are trampled upon by a minority.

‘These new measures will not stop people from carrying out their civic right to protest and be heard, but will prevent large scale disruption – enabling the silent majority to get on with their lives.’

The Kill the Bill demonstrations coincided with Extinction Rebellion’s ‘Protest of One’ campaign, which saw hundreds of people up and down the country stage individual road blocks in protest at the Government’s lack of action on climate change.