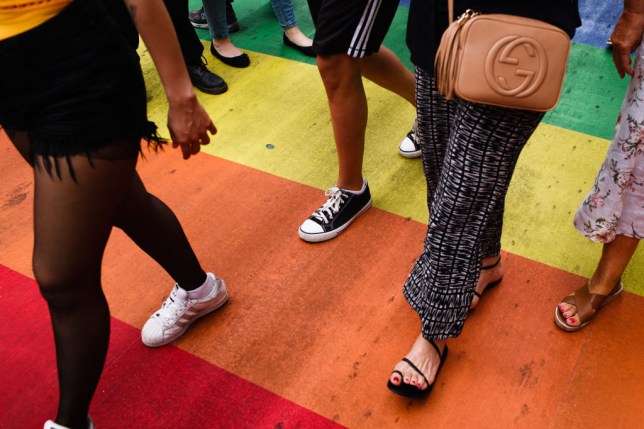 On Friday, it was announced that Pride in London would be coming back this year and the organisers vowed it would be the UK’s ‘biggest’ and ‘most diverse Pride’ yet.

I was overjoyed, excited, and could barely contain my anticipation to attend my first Pride.

I was meant to go in 2020, but with coronavirus causing devastation and sweeping the world, I – and many others in the LGBT+ community – missed our chance.

However, it didn’t take long before I noticed that the date of this year’s celebration is set to fall on the 20th anniversary of 9/11.

While I wasn’t born until 2003, I’m aware that the date holds a huge amount of grief for many two decades on. In the attacks, 2,977 people died, including 67 Brits.

The events that happened on that day were beyond tragic and inhumane from what I have been told and read. So I can understand that this emotion is what took some people to Twitter to criticise the unfortunate date Pride is set to fall on and the organisers for allowing this to happen.

As is often the way on social media, an argument of how appropriate it is took place. Some called it an ‘insensitively poor choice’, while others insisted that we aren’t in America, and that the UK hasn’t come to a standstill on this day in previous years, so why should it now.

And the latter, in my opinion, is the crux of the matter.

What happened that day was a tragedy, but the procession of Pride in London does not change that. It’s no different to when, in 2018, the march fell on the anniversary of the 7/7 bombings.

The biggest uproar to come out of that event seemed not to be the date it occurred on but the anti-trans activists taking the lead during the march without permission.

Pride in London told Metro.co.uk on Friday that, like they did during the march that happened in the weeks following the Pulse nightclub massacre (where there was a minute of silence to remember the 49 victims), along with other tragic events, they intend to pay their respects in an appropriate way.

They also went on to explain that it was the ‘one available weekend’ that didn’t clash with other UK Prides or events in the capital.

So why is it that some are still calling for the event to be moved to another date or postponed?

Seeing people slam Pride in London has actually been quite disheartening. They, to me, have made Pride out to be a flippant big party, when it is so much more than that.

Pride is the celebration of those of us who live our truths despite the discrimination we face.

Us coming together, laughing, cheering, dancing, showcasing our love and the freedom it gives us to enjoy life are the things that Pride means to me.

Surely if we were to stand by the logic that this date must be one of national mourning, those who have birthdays, anniversaries, or other momentous events on 11 September would not be allowed to celebrate these either?

Why should it be any different for us?

Is it in such bad taste for us to celebrate our rights, despite us and the organisers of the event acknowledging and making space to grieve the travesty of 20 years ago?

The events of 11 September 2001 were horrific and should never be forgotten; it’s important that we all remember and learn from what happened.

But we also need to remember that life still moves on, and as bittersweet as that is, it is true.

The world keeps turning and life keeps progressing. While it is important to mark the anniversary of 9/11, it should not mean that celebrating Pride is any less important.

It isn’t just a celebration; for LGBTQ+ people like me, it is an important statement against the discrimination we face, and a huge marker of progress at the same time.

Us championing our pride does nothing to take away from the importance of that day.