Some of the incidents were reported to be in Ruskin Park, South London (Picture: Getty)

A man has been arrested in connection with eight incidents of sexual assault and harassment in just one day.

The first was reported in the morning and then more were reported in south London as yesterday went on.

Police soon linked the reports, which all happened in the Camberwell and Ruskin Park areas of Southwark.

A Metropolitan Police spokesman said: ‘An extensive policing plan was implemented, including deploying additional uniformed officers and detectives to the area, speaking to victims and witnesses and checking CCTV.’

A suspect was identified yesterday evening, and arrested on suspicion of sexual assault.

He remains in custody.

Any women who have not yet reported any potential incidents to police are encouraged to do so – ð±101 ref CAD 6958/ 5 July. 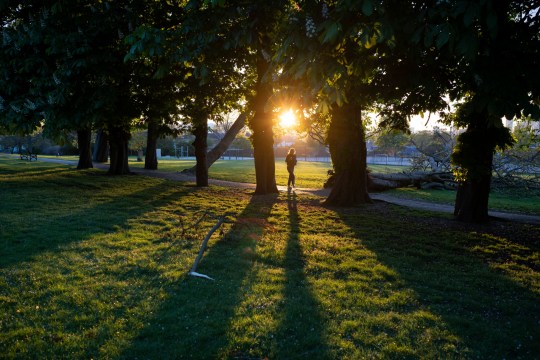 A woman walks through an avenue of Horse Chestnut trees in Ruskin Park (Picture: Getty)

‘We share that concern and are actively investigating with a dedicated team of detectives.

‘A man remains in police custody. Any women who have not yet reported any potential incidents to police are encouraged to do so.’