The Royal Family’s Gloriana was the flotilla’s centrepiece (Picture: Shutterstock)

This is the spectacular flotilla of 150 boats that sailed London’s River Thames in memory of the late Queen.

Originally planned as part of the Platinum Jubilee celebrations, the flotilla marked Her Majesty’s death and the accession of her eldest son, King Charles.

People lined the banks of the river last night to watch the illuminated vessels glide by peacefully.

All boats were decorated with grandiose white lights, with the memorable event starting after sunset.

The procession departed from Albert Bridge and from there it floated downriver through central London, passing beneath Chelsea Bridge at 7pm, Westminster Bridge at 7.30pm, and arriving at Tower Bridge at 8.15pm, the Daily Mail reported.

Gloriana, a British royal barge privately commissioned as a tribute to the monarch for her 2012 Diamond Jubilee, was the flotilla’s centrepiece. 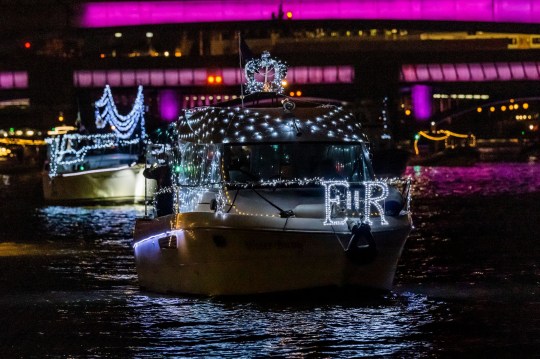 One of the approximately 150 boats taking part on the event (Picture: Shutterstock) 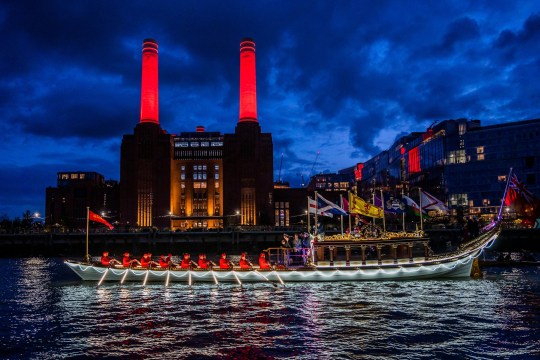 The flagship was the Queens rowing barge Gloriana (Picture: Shutterstock) 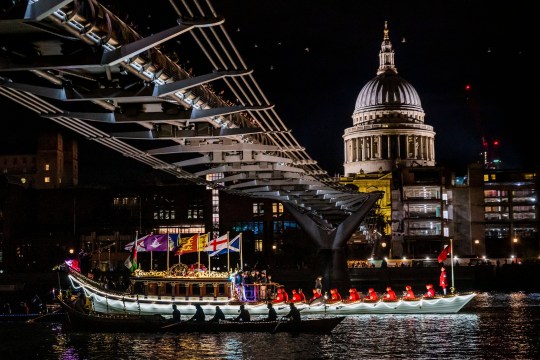 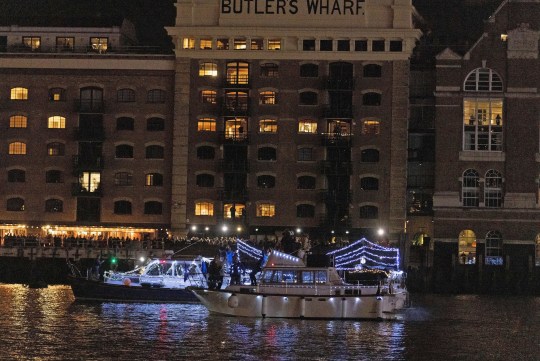 All vessels were beautifully decorated with white lights (Picture: PA) 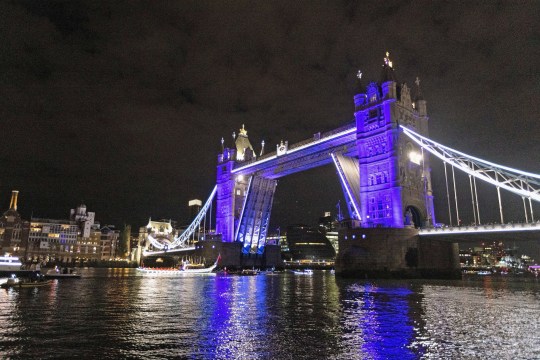 Chris Livett, the King’s Bargemaster was at the helm, while adventurer Ben Fogle and past winners of the historic race for Doggett’s Coat and Badge were rowing.

Photos show them using illuminated oars to row through the murky Thames water.

The final destination, Tower Bridge, was doused in purple lighting to commemorate the Queen, and raised as part of the ceremony’s ending.

Part of the installation called ‘Reflections’, the magnificent pageant lasted about 90 minutes.

It was a tribute by the river community to the sovereign, who died on September 8 at the age of 96.

The event also hopes to raise £20,000 for the Royal National Lifeboat Institution (RNLI).

The money will be used to help build a new lifeboat station in Waterloo.

Promoted as part of this year’s Totally Thames festival, Reflections is organised by Thames Alive together with a group of people who played a central role in the delivery of the Thames Diamond Jubilee Pageant.