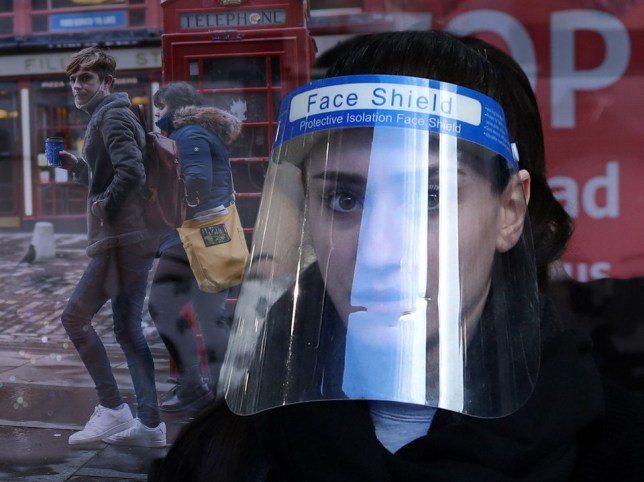 The easing will be dependent on case data

Nicola Sturgeon has set out her roadmap out of lockdown in Scotland, with major easing expected from April if the data allows.

She said that the country would return to the localised system of levels, similar to England’s previous tiers system.

In summer ‘we really hope to be living with much greater freedom’, she said, but urged people to continue to follow the rules for now.

She said: ‘It is therefore from the last week of April that we would expect to see phased but significant reopening of the economy, including non-essential retail, hospitality and services like gyms and hairdressers.

‘And, of course, the more of us who are vaccinated and the more we all stick by the rules now, the faster that safe pace is likely to be – if we all stay in this together, our progress will be greater.’

At the moment, the whole of Scotland is currently in Level 4, with people told to remain at home.

Moving back to Level 3 would allow sectors such as non-essential retail to reopen.

Ms Sturgeon told the Scottish Parliament that she hoped the ‘stay at home’ order would be able to be lifted from April 5.

She said: ‘Our watchwords continue to be caution and patience, but we now have much firmer grounds for optimism.’

The vaccinations offer us a route ‘back to normality’, she said, but added that taking the breaks off too quickly ‘will allow the virus to get ahead of us again’

She acknowledged that this ‘can be a frustrating message, but it is an essential one’.

Last week, the country recorded  ‘hardly any reduction at all’ in coronavirus case numbers, largely because of the spread of a more transmissible new variant.

That means that the country’s R number is currently below 1, but it might not be very far below.

‘The bottom line is we havre quite limited scope at this point for easing restrictions,’ Ms Sturgeon said. 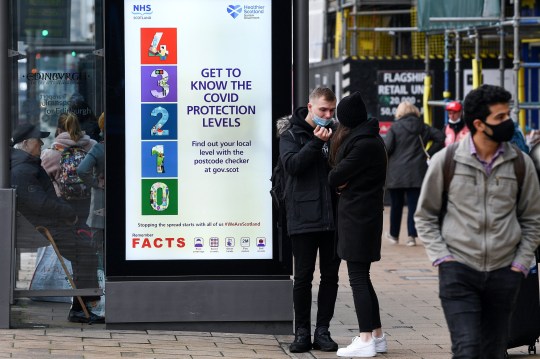 Members of the public are seen in Edinburgh on November 10, 2020 (Picture: Getty)

Ms Sturgeon said it is important to see what effect this has on transmission before further easing, which will be dependent on data allowing.

She said her goal was a return to normality, with people being able to hug loved ones, but the country would have to proceed with caution.

‘Travel restrictions are also essential and are likely to remain essential for some time yet,’ she said. ‘We saw over the summer how new cases were imported into Scotland, after we had almost eliminated the virus. We do not want that to happen again.’

She said it was ‘tempting’ to give a date where all restrictions could be lifted, but that this wouldn’t be based on the evidence and wouldn’t be fair.

In mid-March, she said she hoped to be able to to give more detail on the easing of restrictions.

She continued: ‘I am as confident as I can be that the indicative, staged timetable that I have set out today – from now until late April when the economy will start to substantially reopen – is a reasonable one.

‘And in mid-March – when we have made further progress on vaccines and have greater understanding of the impact of the initial phase of school return – I hope we can set out then more detail of the further reopening that will take place over April and May and into a summer when we hope to be living with much greater freedoms than we are today.’