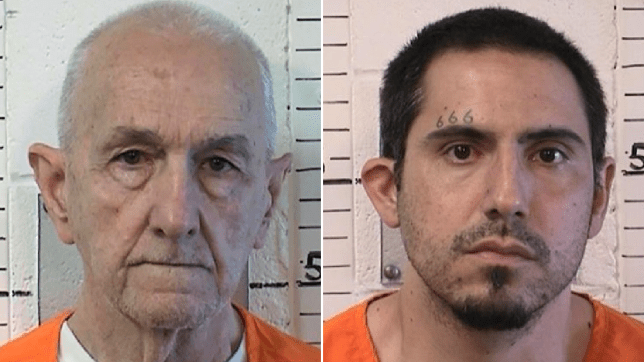 Roger Kibbe (left) was found dead next to his cellmate Jason Budrow on Sunday, with the strangler serial killer’s cause of death since confirmed as strangling (Pictures: San Joaquin Sheriff’s Office)

A serial killer who strangled seven women met a ‘fitting’ end after he was himself strangled in jail, a detective said. Retired San Joaquin Sheriff’s Office Detective Vito Bertocchini said Roger Kibbe’s murder at a prison in Sacramento on Sunday was ‘some fitting justice.’

Bertocchini added: ‘I don’t wish ill on anyone. But I hope he remembered every one of his victims while he was being killed.’ Kibbe – nicknamed the I-5 Strangler – was murdered at Mule Street State Prison in Sacramento, California, on Sunday, with his cause of death revealed on Thursday.

Kibbe, who picked up, raped and killed his victims around the I-5 Interstate between 1977 and 1987, was found unresponsive in his cell. The mass murderer’s cellmate Jason Budrow was spotted standing next to the door, close to where Kibbe’s corpse was found.

Investigators say Kibbe was murdered, but have yet to file any charges over the death of the former furniture maker. He targeted women who had broken down, or vulnerable victims living on the fringes of society. 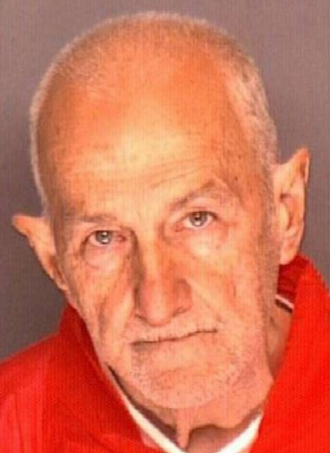 Kibbe murdered at least seven women between 1977 and 1987, but is feared to have more victims

The killer left random cuts in his victims’ clothing as a warped ‘signature’ to indicate that he was behind each of the murders he carried out.

He was convicted of the 1987 murder of 17 year-old runaway Darcie Frackenpohl in 1991 after an intended victim managed to escape with makeshift weapons Kibbe had been planning to use to kill her.

Detectives investigating that case believed Kibbe was also responsible for other killings, and finally got their break in 2008.

It came thanks to microscopic pieces of forensic evidence that tied Kibbe to the deaths of Barbara Ann Scott, 29, Lora Heedrick, 20, Stephanie Brown, 19, and Charmaine Sabrah, 26, all of whom were murdered in 1986.

He is also strongly suspected of murdering 25 year-old Karen Finch, who was killed in June 1987, as well as Robbin Simpson, who a sex worker who vanished shortly after being freed from Sacramento County Jail in April 1987.

Her remains were found two months later, but were not positively identified until the early 2000s.

Kibbe admitted killing the other six women in 2009, and was handed consecutive life sentences over those murders.

Investigators have long believed there may be even more victims. Former Detective Bertocchini would regularly take Kibbe on prison outings and ply him with McDonald’s treats to try and persuade him to share places where he had dumped other victims.

Bertocchini would also send Kibbe birthday and Christmas cards even after he retired in 2012, in the hopes of getting the serial killer to open up to him.