SUNDAY’S contest between Leicester and Brentford reaffirmed what the Foxes have spent the last year exhibiting.

Brendan Rodgers’ side pack a punch going forward but they’re vulnerable at the back.

The hosts went 2-0 up at the King Power before the Bees fought back to earn a point through Ivan Toney (£4m) and Josh Dasilva (£1.5m).

Following the sale of Kasper Schmeichel to Nice, Danny Ward (£2m) started between the sticks for Leicester but any hopes Dream Team managers might have of the Welshman emerging as a savvy bargain option were tapered by an opening weekend points haul of minus one.

However, perhaps gaffers should turn their focus to Kiernan Dewsbury-Hall (£2.5m) if it’s a value-for-money asset they seek.

IT’S NOT TOO LATE, YOU CAN STILL PLAY DREAM TEAM THIS SEASON – COMPETE FOR MONTHLY PRIZES AS WELL AS THE £100,000 PRIZE POT!

Focus on this instead of Leicester’s defensive troubles

The 23-year-old quietly went about his business last season and won over plenty of Leicester fans having spent 2020/21 on loan at Luton in the Championship.

But there was nothing quiet about his rasping left-foot drive mere seconds after the kick-off in the second half on Sunday.

Goals always look better when they cannon off the woodwork but even without that aesthetic flourish the midfielder’s long-range effort would have demanded attention.

To make matters even sweeter, Dewsbury-Hall scooped the Star Man award when all was said and done to bank 13 points.

Among midfielders, only Dejan Kulusevski (£3.5m) racked up more points in Game Week 1 – the Swede pocketed 15 at Southampton’s expense. 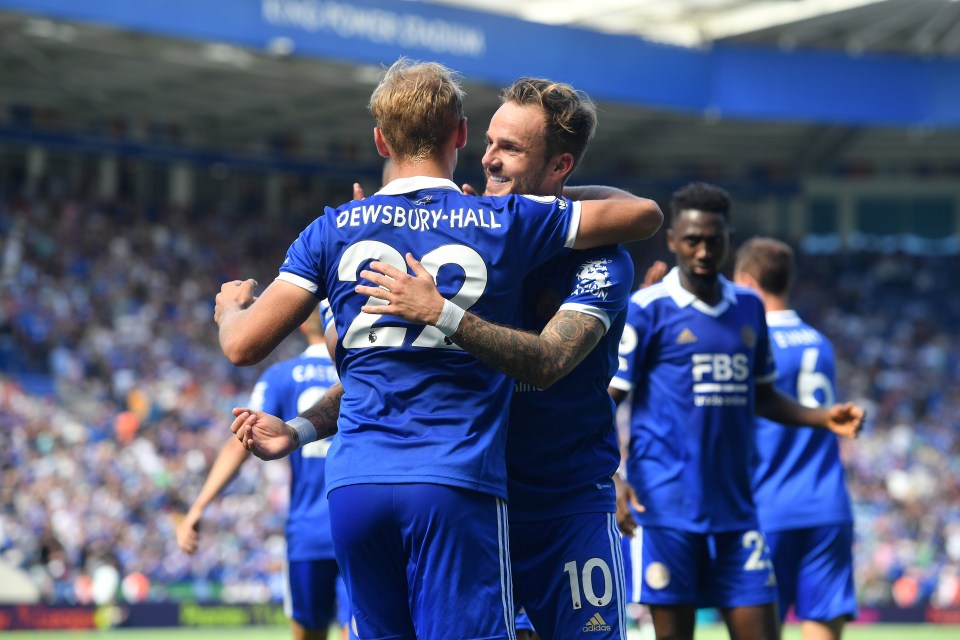 Will any Maddison owners switch to Dewsbury-Hall to save some budget?

Just 0.4% of Dream Team bosses benefited from the Leicester man’s haul with Jamie Vardy (£4.5m) and James Maddison (£5m) being the preferred choices from that particular region of the midlands.

The latter remains a strong option as the third-best midfielder of 2021/22 and having opened his account with an assist and a 7+ rating against Thomas Frank’s side.

But at half Maddison’s price, Dewsbury-Hall has the potential to be an economically efficient selection.

He hasn’t been an ultra attacking midfielder in his career to date but his strike on Sunday follows a prosperous spell of two goals and three assists in pre-season, hinting at an evolution of sorts.

What’s clear is the young Englishman has the necessary technical ability to positively impact Premier League games and while that doesn’t always translate into healthy Dream Team returns, he’s underlined himself as a player to monitor from the get-go.