Witnesses said the crush was caused by an ‘altercation’ in the crowd of devotees (Picture: AP)

A New Year’s Day stampede at a Hindu shrine has left at least 12 people dead and a further 15 injured.

The crush started at one of the gates to the Mata Vaishnav Devi shrine in Indian-controlled Kashmir, officials said.

It happened early on Saturday while tens of thousands of Hindu devotees gathered to pay their respects.

The site is one of the most visited in northern India and people often trek on foot to reach the hilly town of Katra, where it is located. 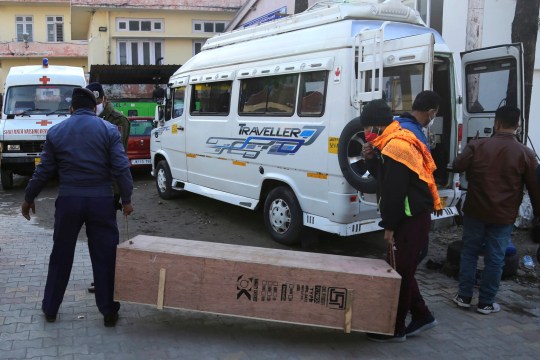 At least 12 people died in the stampede (Picture: AP) 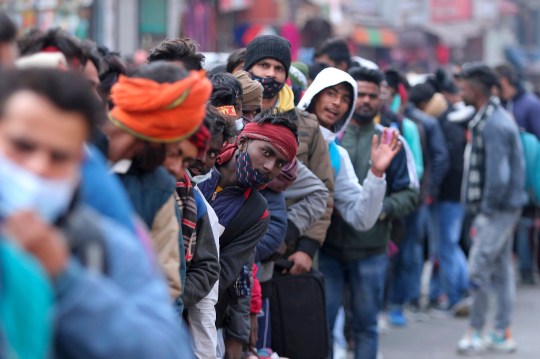 Tens of thousands had gathered at the site to pay their respects (Picture: AP) 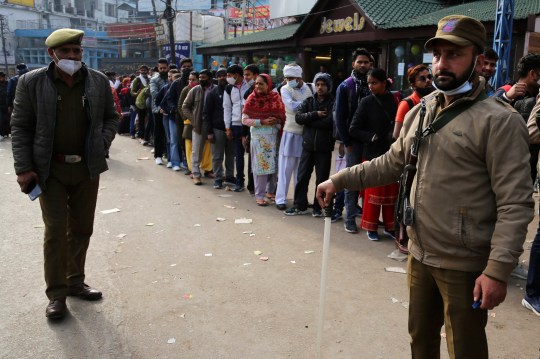 The shrine is one of the most visited in northern India (Picture: AP)

An investigation into what happened has begun but witnesses said the crush occurred because an ‘altercation’ broke out among some of those in the crowd.

Mahesh, a devotee who gave only one name, said: ‘Something happened near one of the gates and I found myself under a crush of people. I suffocated and fell but somehow managed to stand up.

‘I saw people moving over the bodies. It was a horrifying sight, but I managed to help in rescuing some injured people.’

Another devotee named Priyansh said he and 10 friends from New Delhi arrived on Friday night to visit the shrine. He said two of his group had died in the incident. 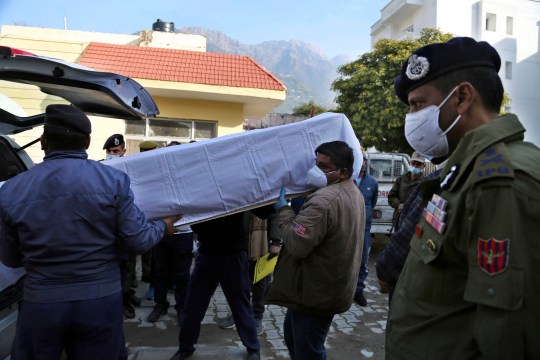 The Indian Prime Minister was among those to express their condolences (Picture: AP) 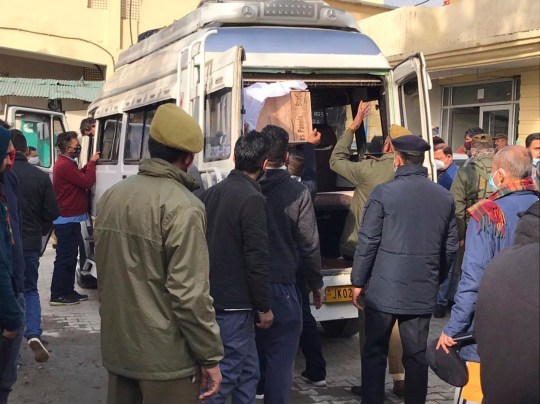 ‘I have never seen anything like this,’ he said.

The Press Trust of India news agency quoted police chief Dilbag Singh as saying that authorities were quick to respond and order within the crowd was immediately restored.

Indian Prime Minster Narendra Modi expressed his condolences in a message on Twitter. 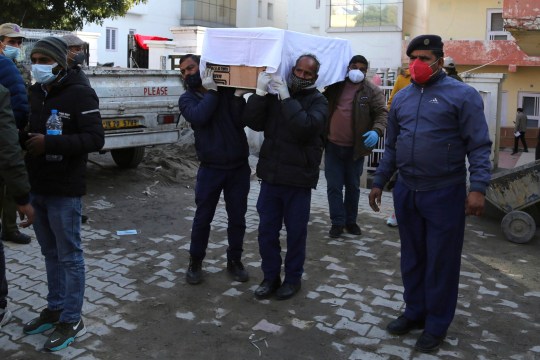 Authorities said they were able to restore order among the crowds quickly (Picture: AP) 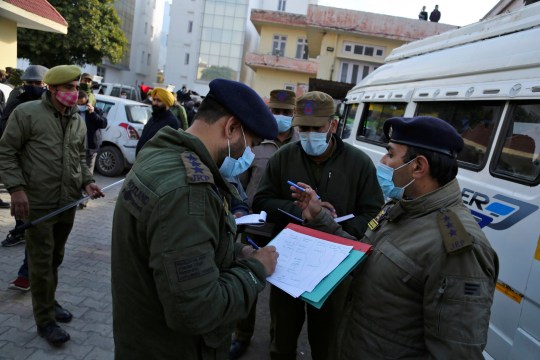 ‘Extremely saddened by the loss of lives due to a stampede,’ he wrote.

In 2013, pilgrims visiting a temple for a popular Hindu festival in India’s central Madhya Pradesh state stampeded amid fears that a bridge would collapse, and at least 115 people were crushed to death or died in the river below.

More than 100 Hindu devotees died in 2011 in a stampede at a religious festival in the southern Indian state of Kerala.