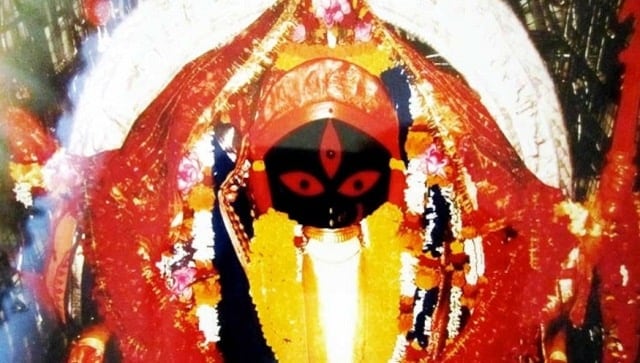 Kali Puja is a major Hindu festival dedicated to Goddess Kali. While the rest of India worships Goddess Lakshmi on Amavasya Tithi during Diwali, eastern India, including West Bengal, Odisha and Assam worship Goddess Kali on the new moon in the month of Kartik. Kali Puja is also called Shyama Puja and is the second most celebrated festival after Durga Puja in Eastern India.

It is widely believed that in Bengal, noted 16th century Tantric scholar Krishnananda Agamavagisha was the one who started Kali Puja. The tantric scholar had once dreamt of Goddess Kali, who had until then largely been associated with death and darkness. However, the dark goddess instructed Agamavagisha to worship her in a form that highlighted her in a more motherly avatar. Thus, Agamavagisha is often attributed with popularising the worship of Kali in a milder iconography — a form that is still worshipped across Bengal to this date.

Legend and significance of Kali Puja

Goddess Kali is represented as a woman with dark skin, four hands and long flowing hair. The top left hand holds a kharga, or sword, while the bottom left hand holds the head of a demon she has slayed. The right hands show the Abhaya Mudra, signifying protection, and Varada Mudra for granting boons. She adorns herself with a garland of severed necks and has her tongue protruding out of her mouth. Her iconography is complete with one foot on the thigh and the other on the chest of her husband Lord Shiva.

As per mythology, when her victory over the demons was certain, she danced so furiously that the earth trembled beneath her. At the request of the Gods, Shiva laid down in front of her to make her stop. When she accidentally stepped on him, she realised her mistake and put out her tongue and calmed down.

During Kali Puja, huge marquees are erected across Bengal, and temples dedicated to the goddess are cleaned and decorated. Idols of Goddess Kali are housed inside the marquees and on the day of the puja, devotees fast throughout the day and worship the deity at the Nishita Time of Amavasya. Various offerings are given to the Goddess including fruits, sweets, bhog, clothes and hibiscus flower. Rice and lentil too play an indispensable part of the bhog and khichdi made from them are offered to the Goddess.

The 13 areas of England where Covid cases are still rising