The delayed handoff to the next administration is especially problematic during a public health crisis, said Dr Anthony Fauci, the government’s top infectious disease expert 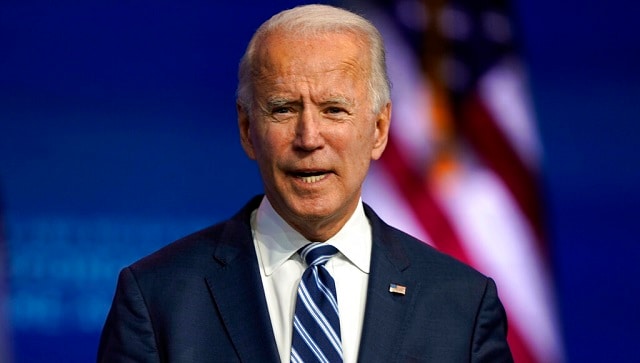 Washington: Joe Biden’s scientific advisers will meet with vaccine makers in coming days as the presidential transition remains stalled because of President Donald Trump’s refusal to acknowledge that he lost the election.

That delayed handoff to the next administration is especially problematic during a public health crisis, the government’s top infectious disease expert said.

“Of course it would be better if we could start working with them,” said Dr Anthony Fauci, head of the National Institute of Allergy and Infectious Diseases who has been through many presidential transitions during 36 years of government service. He likened the process to runners passing on the baton in a relay race. “You don’t want to stop,” he said.

pandemic in the United States has entered perhaps its most dangerous phase.

The seven-day rolling average for new daily cases stood at 145,400 on Saturday, according to data from Johns Hopkins University. That means the US is adding about 1 million new cases a week, and deaths averaged 820 a day, a 33 percent increase in just two weeks.

Pfizer’s announcement that preliminary data indicate its vaccine is 90 percent effective lifted financial markets last week and gave many people worldwide hope that an end to the pandemic will be coming.

Around the country, hospitals report that doctors and nurses are being stretched to cope with rising numbers of hospitalised COVID-19

Fauci stressed it won’t be like flipping a switch to return to normal life when the first vaccine doses become available for high-risk groups, most likely next month.

He said Americans will have to keep up preventive measures such as wearing masks, observing social distancing and frequently washing their hands well into next year.

Fauci has been target of frequent complaints from Trump, and the president’s supporters have called for him to be fired.

Assembly Elections 2021: All personnel on poll duty to get COVID-19 vaccine, says EC