President Joe Biden in a highly anticipated voting rights speech attacked his predecessor Donald Trump’s continued denial of the 2020 election results. Without naming Trump, Biden on Tuesday afternoon pointed to the 45th president fighting the presidential election outcome as an example of a broad ‘assault on fair and free elections’.

Speaking from the National Constitution Center in Philadelphia, Biden, a Democrat, said the 2020 election was the ‘most examined’ and scrutinized in American history. It included ‘recount after recount after recount’ and ‘court case after court case after court case’, Biden said. The legal challenges came from Trump, who claimed the election was stolen from him.

Biden then referenced more specific behavior Trump has displayed since more than 150million Americans casted votes in the November election.

‘In America, if you lose, you accept the results, you follow the Constitution,’ Biden said. ‘You don’t call facts fake and try to bring down the American experiment just because you’re unhappy.’

The 46th president added that suppressing the vote is ‘the most un-American thing that any of us can imagine’ and the ‘most un-democratic’ and ‘unpatriotic’, but that it is ‘sadly not unprecedented’.

Biden compared voter suppression to Americans in the past denying citizenship to slaves and denying women the right to vote until respective amendments were made to the Constitution. 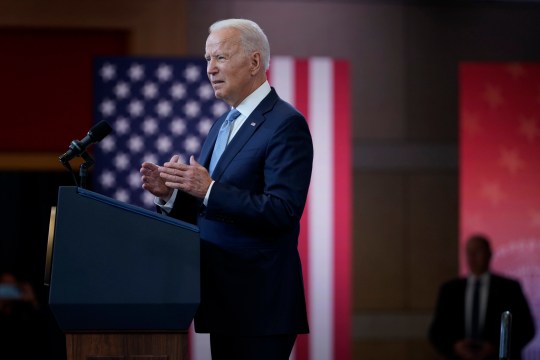 The president then addressed the situation in Texas, where House Democrats left the state and traveled to Washington, DC, on Monday in an effort to block Republicans from passing a restrictive new voting law.

More than 50 Democrats departed, denying the Texas House a quorum, which is the minimum number of lawmakers required to carry out legislative business. The agenda for a special session set by Republican Governor Greg Abbott includes House Bill 3 and Senate Bill 1, which would ban drive-thru and 24-hour voting options and impose vote-by-mail limits.

‘They want to make it so hard and inconvenient that they hope people don’t vote at all,’ Biden said, referring to Republican lawmakers’ efforts. ‘That’s what this is about.’

Biden’s speech came as GOP-controlled legislatures across the country have pushed forward with laws placing limits on voting. Already, 17 states have enacted 28 laws that Biden said make it harder for Americans to vote, and GOP members are trying to pass nearly 400 additional bills imposing further restrictions. 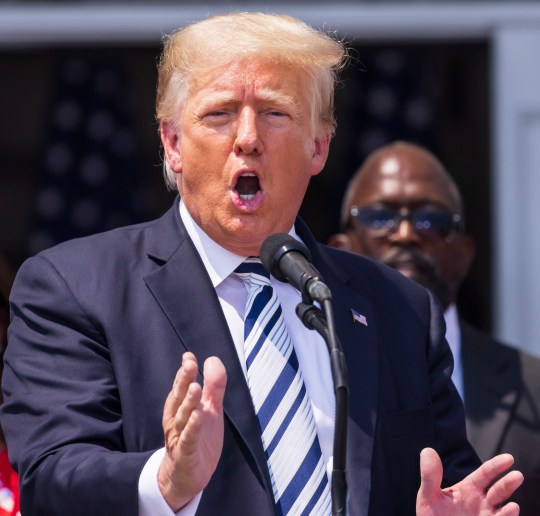 The president said the ’21st century Jim Crow assault is real’, harkening back to state and local laws that enacted segregation in the southern states.

Biden concluded that ‘the power must always be with the people’ and called on his Republican colleagues to ‘to stand up for God’s sake’ and fight attacks on voting rights.

‘Have you no shame?’ Biden said. ‘Whether stopping foreign interference in our elections or the spread of disinformation from within, we have to work together.’