Jo Cox’s sister Kim Leadbeater has been heckled by protestors for supporting LGBTQ+ rights while out campaigning in Yorkshire.

The 45-year-old is standing to become the next MP for Batley & Spen in a by-election being held next Thursday.

The seat was previously held by her sister, who was murdered by a far-right extremist in 2016.

The by-election was triggered by when incumbent Tracy Brabin stepped down to become the new mayor of West Yorkshire.

In a video uploaded to Twitter on Friday, Ms Leadbeater can be seen being berated by at least two men shouting at her in the street and accusing her of supporting ‘LGBT indoctrination in schools’.

En route to her car, Ms Leadbeater can be seen turning back to face the men, telling them: ‘This is my community. Don’t come here and shout at me in the street. The Muslim community of Batley & Spen deserve better than this.’

She is then seen walking to her silver vehicle as another man says: ‘Are you going to support Muslim parents who do not want their children to learn about LGBT indoctrination?

‘Are you supporting those kids?’

The footage was shared by Byline TV, which claimed the men were supporters of hard-left former Labour MP George Galloway – who is also standing in the by-election under the Workers Party. 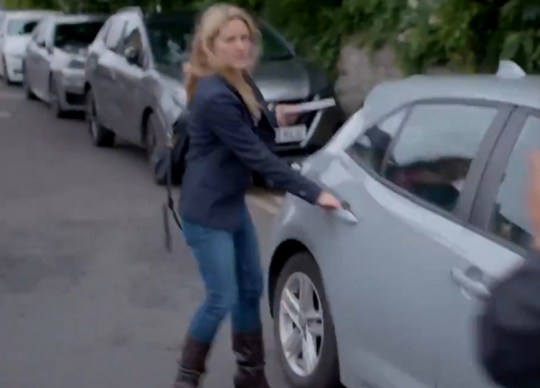 Kim Leadbeater was heckled by at least two men for her support of LGBTQ+ rights while on the campaign trail in Yorkshire on Friday (Picture: Byline TV) 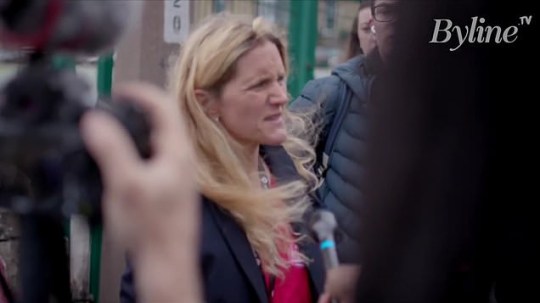 Ms Leadbeater turned to face the men and told them ‘this is my community’ and the Musilms of Batley ‘deserve better than this’ (Picture: Byline TV) 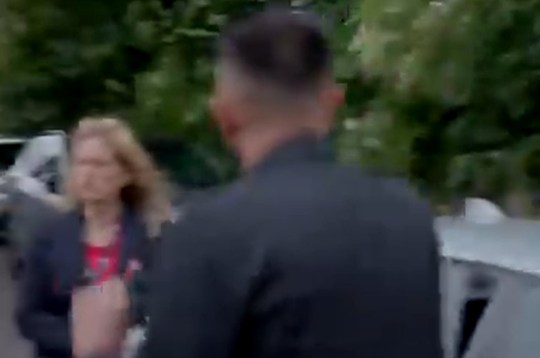 Ms Leadbeater gets into the back of a silver car as the men tell her ‘don’t walk away’ and accuse her of ‘LGBT indoctrination in schools’ (Picture: Byline TV)

Mr Galloway said that claim was a ‘lie’ and that he had ‘never seen’ the man who was shouting before.

He said on Twitter: ‘This is a lie. The man is unknown to us. He apparently came from Birmingham.

‘I have never seen him before. He confronted her on Kashmir, apparently. But keep getting your clicks.’

It comes after it was revealed that a homophobic Whatsapp message was being sent to residents in the Batley area last week. 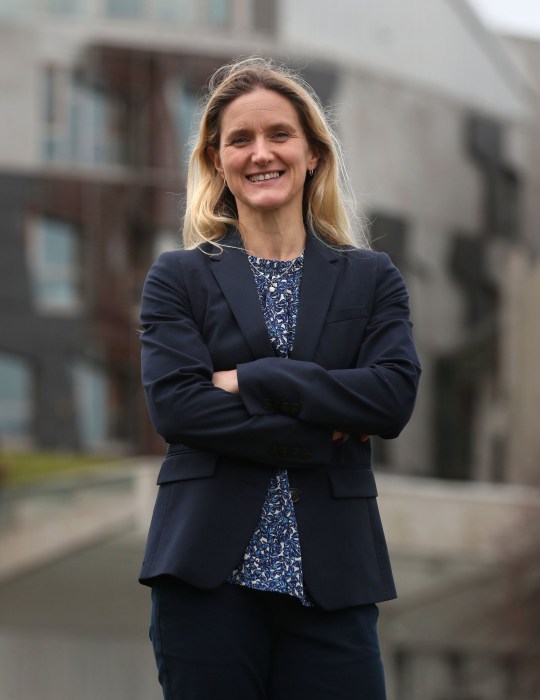 Ms Leadbeater is on course to lose the Batley & Spen by-election, according to the latest polls (Credits: PA)

A Mail on Sunday columnist said he saw the message which listed ‘5 reasons why every citizen should NOT vote for Kim Leadbeater’.

Allegedly created by individuals from the Muslim community, one of the points read: ‘She is a lesbian and will push the LGBTQ agenda in our town.’

Ms Leadbeater is on track to lose the by-election, according to the latest polls.

A Survation survey last week placed the Conservatives six points ahead of Labour with a 47% predicted vote share.