JERSEY Shore fans can’t get over how much star Jenni “JWoww” Farley’s daughter looks like her “twin” in an adorable new photo.

The mother-daughter duo posed on the stairs in matching graphic tees as they looked at one another and smiled sweetly. 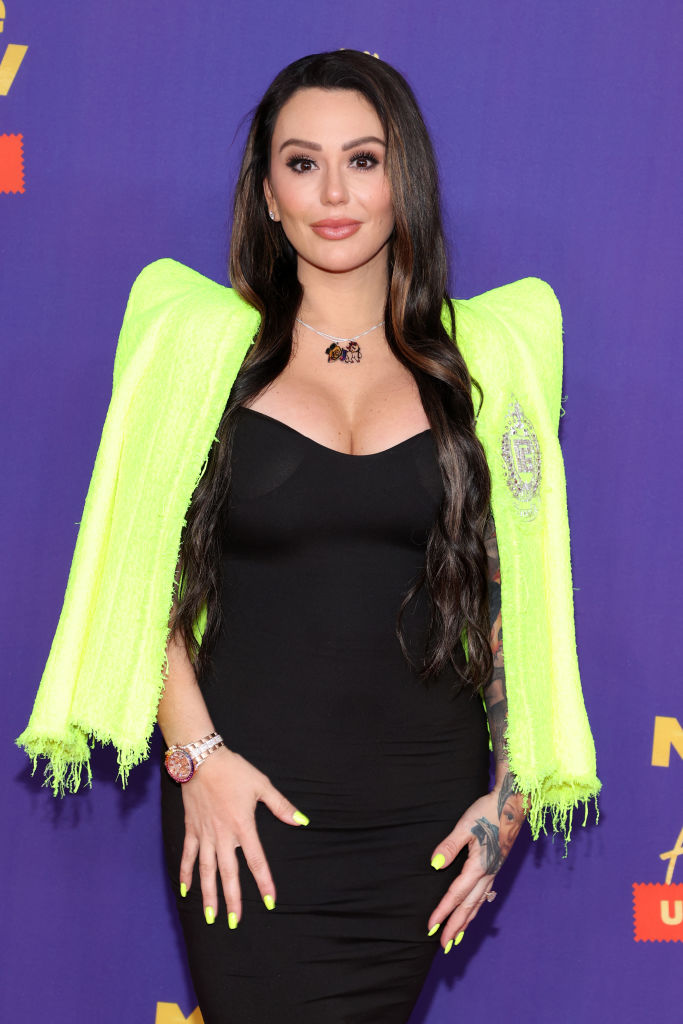 In the new photo, JWoww, 35, styled her dark brown hair straight with a few waves at the bottom.

She wore a blue-gray T-shirt that read, “Baby Girl,” putting her full sleeve of tattoos on display.

Finishing off the look, she had on a pair of leggings, and her seven-year-old daughter, Meilani, had on a similar pair.

The little one also had on a “Baby Girl” top, though her was a black, long-sleeve version.

The two stood on the stairs inside their house, JWoww looking down at her daughter and Meilani looking up at her mom.

The pair stood side by side and smiled at one another.

In the caption for the cute shot, Jenni wrote: “My girl 💕 Wearing @NovaKids by @FashionNova.”

Jersey Shore fans loved seeing the adorable mother-daughter snap and pointed out how much alike the two look.

Another said: “Awww you and your mini-me.”

A third wrote: “Beauty Queen and her princess,” while others said they were “twins!”

Fans thinking Meilani looks like her mom comes as many have been thinking that even JWoww hasn’t been looking like herself.

Recently, they claimed that Jenni appeared unrecognizable in a photo in which she looked more like Kim Kardashian than her old self.

Followers told the Jersey Shore star that she “looked like a member of the Kardashians.”

One social media user asked: “Why do you look like Kim Kardashian? I don’t recognize you, Jenni.”

Another called Jenni a “clone” of the Skims founder.

Others pointed out that now Jenni and fellow co-star Angelina Pivarnick look alike, as the latter has been dubbed a Kim copycat, as well, recently.

Fans had even slammed Angelina for seemingly trying so hard to be a Kardashian that she “photoshopped herself” to look more like she’s one of them.

To show just how much she’s changed over the years, JWoww posted a throwback photo from her early days on Jersey Shore.

The TV personality shared the old snap in celebration of the revival show, Family Vacation, hitting its 100th episode milestone.

In the resurfaced season 3 photo, JWoww held the house’s duck phone up against her ear.

She cringed to someone off camera as she listened closely to the person on the other end of the line.

She wore a low-cut, white tank top with “rebel” written across the chest that teased her cleavage.

In 2016, the mother of two opened up about her various procedures, though she denied pursuing “invasive” surgeries until later in life.

She told ET at the time: “I’m 31 years old. I’m not getting any younger. I’m going to do the non-invasive surgeries and things like that. 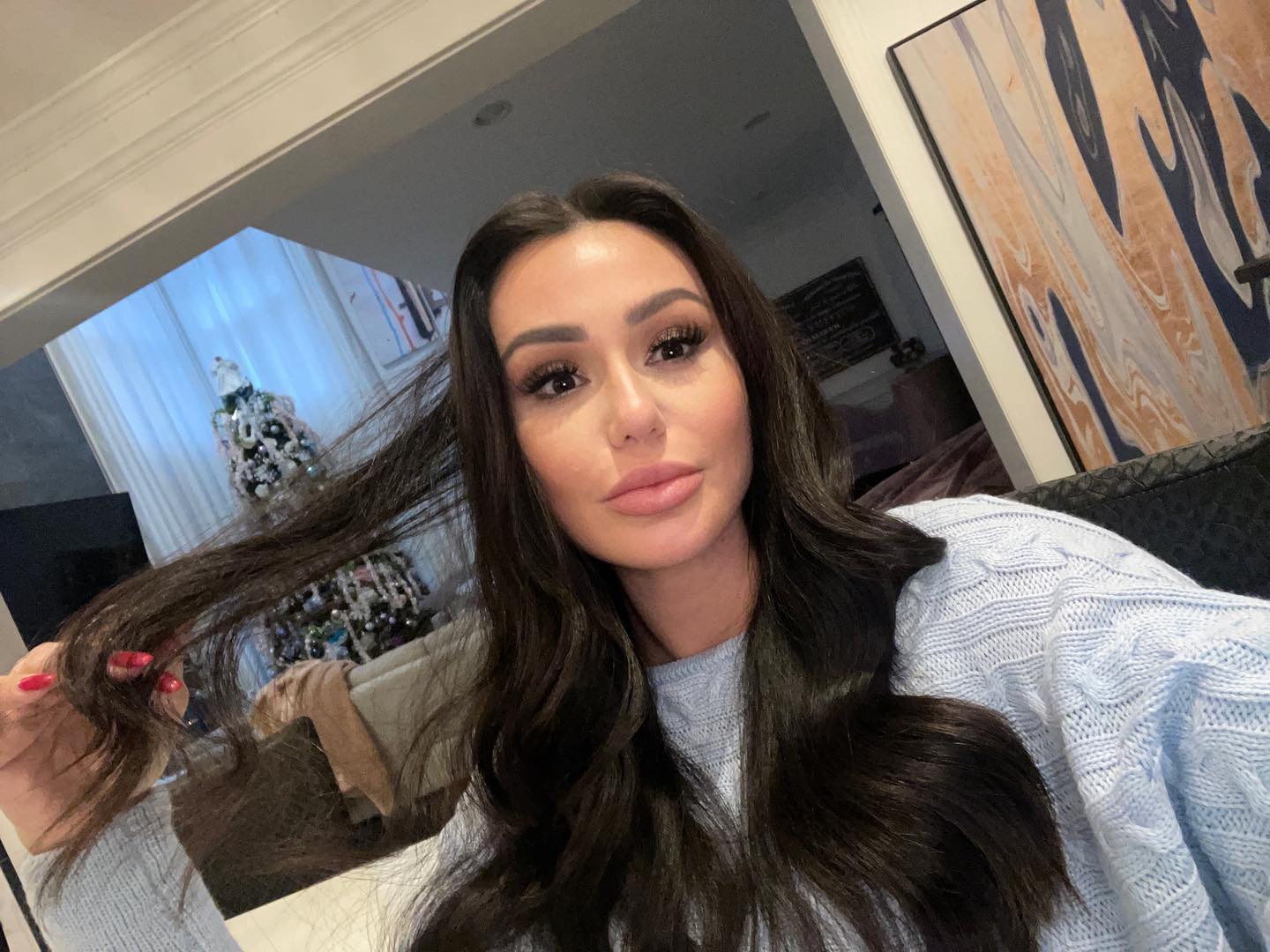 Previously, fans had been commenting how much Jenni’s appearance has changed, saying she looks like a ‘Kardashian’Credit: Instagram/jwoww 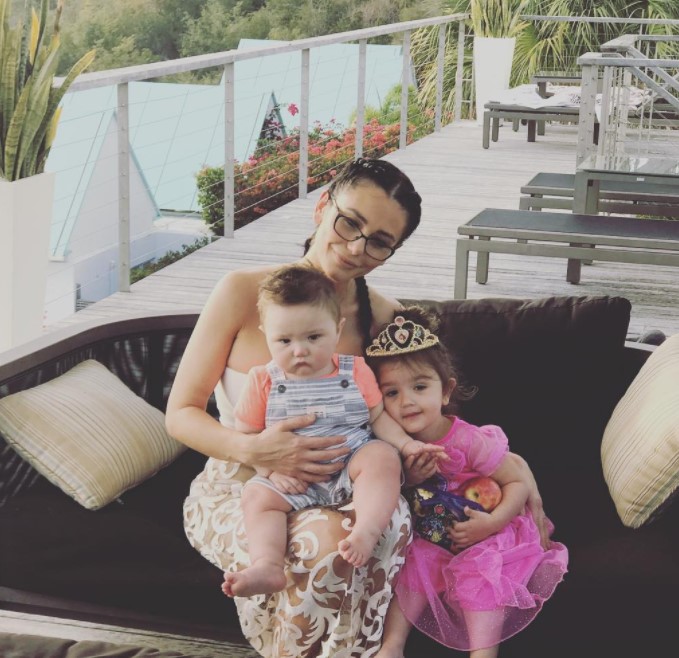 Along with daughter Meilani, JWoww is also mom to a five-year-old son, GreysonCredit: Instagram / JWOWW