as head of state, ending a week of quarreling over other possible candidates that threatened to undermine the stability of the government.

The floundering of Italy’s political parties over how to fill the mainly ceremonial position of president, at a time when Italy is facing the pandemic, a stalling economic recovery and the West’s standoff with Russia, was becoming a national embarrassment, further weakening Italians’ low trust in their political class.

Saturday’s agreement among most of Italy’s parties to keep Mr. Mattarella as head of state means that

is set to remain prime minister for another year, until parliamentary elections in early 2023, an outcome likely to reassure Italy’s European and Western allies as well as investors that the country won’t enter a political crisis at a time of multiple challenges.

“It is a great solution for the stability of the country, less for the credibility of Italy’s political class,” said

head of a small centrist party and a former prime minister.

The 1,009 members of Italy’s Parliament and representatives of the country’s 20 regions who choose the head of state completed the re-election of Mr. Mattarella Saturday evening. Mr. Mattarella, 80 years old, had repeatedly said he wanted to retire, and was even in the process of moving out of the presidential palace in Rome.

But the search for a successor was leading to tensions between the right-leaning and left-leaning parties in the bipartisan coalition that supports Mr. Draghi’s administration. Mr. Draghi, who himself harbored ambitions to become president, intervened to negotiate the solution himself, according to a person familiar with the matter.

On Saturday morning Mr. Draghi spoke to Mr. Mattarella and the pair agreed to offer to carry on in their current positions to avoid a growing political mess. The prime minister and the president then informed the parties in Parliament that Mr. Mattarella had changed his mind and was willing to stand for a second term.

Mr. Mattarella is a widely popular figure whose poise and dignity have won the hearts of Italians as they coped with one of the worst Covid-19 death tolls of any European country. He has also deftly steered Italy through tricky political moments, overseeing the composition of coalition governments after indecisive elections left the country with no coherent parliamentary majorities.


Mr. Draghi, who became prime minister a year ago after yet another Italian government collapsed, has streamlined Italy’s initially chaotic response to the pandemic, including its vaccination rollout, and has also passed some economic reforms that were needed to secure around €200 billion, equivalent to $223 billion, of European Union funds to support Italy’s recovery.

“We really cannot afford a period of political instability,” said

professor of economics at Rome’s LUISS University.  “Right now, this is the best solution.” 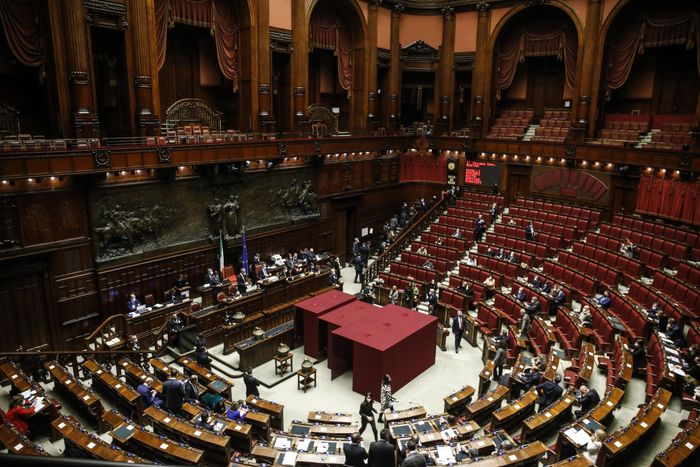 Italy’s Chamber of Deputies in Rome.

Italy’s economy was one of the hardest-hit in Europe by the pandemic. Its gross domestic product dropped by 9% in 2020 amid the pandemic induced slump, but it made up most of the lost ground in 2021. The country’s challenge now is to keep the recovery going despite a slowdown in many parts of the world, the pressures of supply-chain disruptions and inflation, and a turn toward tighter monetary policies by many central banks.

The EU recovery funds are considered a once-in-a-generation opportunity for Italy to modernize its transport infrastructure, energy supply, public administration and other areas that have contributed to its sclerotic growth. The economy has barely grown since the 1990s.