Prisoners held protests at jails across England over the restricted regimes imposed during the pandemic, newly-released files show.

Four incidents of ‘concerted indiscipline’ over the past 12 months were revealed in the official reports disclosed to Metro.co.uk.

In each case, the prisoners were protesting at apparently being denied comforts or key facilities such as hot meals.

Jails have been running a reduced regime during the pandemic, which has included less time outside cells and restrictions on visits.

They were complaining about a ‘restricted regime’ at the Category A men’s prison in Cambridgeshire.

The national Operational Response and Resilience Unit (ORRU), which responds to serious incidents at jails, was alerted as the inmates refused to move on July 7 last year.

A log states: ‘They were complaining in regards to a restricted regime.’

The inmates eventually surrendered at 7.55pm, according to the document. 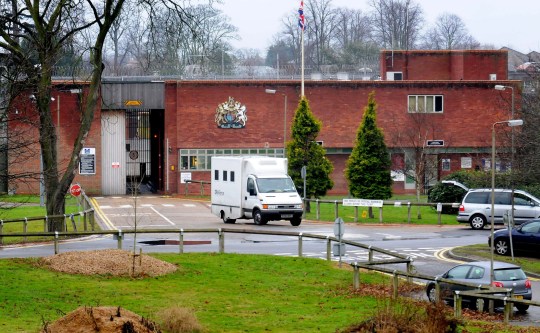 At Feltham Young Offender Institution on November 29, 2020, a prison guard was injured when 10 inmates refused to leave an exercise yard.

One surrendered after throwing table tennis balls at staff while the remainder of the group attempted to block access to the area with the table.

Another tried unsuccessfully to get access to the roof of the jail for boys and young men in West London.

A national team of elite prison guards, the National Tactical Response Group, which is part of the ORRU, was deployed

The report states: ‘At 12:02hrs due to the individuals beginning to assault each other, staff intervened.

‘Three individuals were taken to the CSU [Care and Separation Unit] and the remaining were returned to their rooms. One member of staff was injured during the intervention, attending hospital for treatment.

‘No injuries were sustained by young people.’

The prison guard was taken to hospital treatment with a suspected fractured wrist, the files show. 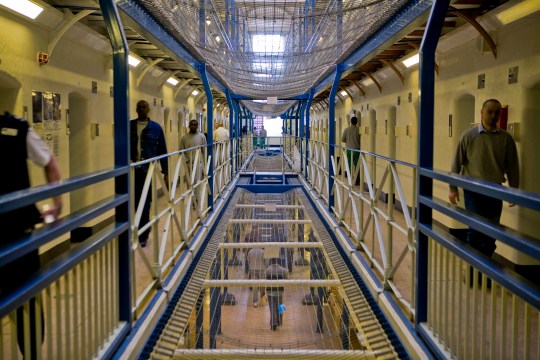 Protests were held at jails across England over conditions behind bars during the pandemic (Picture: Corbis via Getty Images, file image)

Changes to the prison regime also resulted in a protest at Winchester jail on August 24 last year.

Eleven men refused to leave an exercise yard at 9am, saying they ‘were unhappy with changes to the regime,’ according to a log of the incident.

They demanded to see the governor of the Category B men’s prison as they occupied the yard for more than six hours, during which time the ORRU deployed reinforcements.

The log concludes: ‘A number of men surrendered to local staff during the incident, but two remained and were physically removed by ORRU staff at 15:25hrs, there were no reported injuries.’

At HMP Channings Wood on January 1 this year, eight prisoners blockaded an association room by placing a table against the door as they protested at not having had hot meals.

National resources were deployed after local negotiators failed to make progress but the incident was resolved and the men returned to their cells.

The stand-off lasted for an hour and 20 minutes at the Category C men’s prison in Devon, according to the documents released by the Prison Service under the Freedom of Information Act.

The instances of ‘concerted indiscipline’ are contained in a larger release of reports, which also detail cases of hostage-taking.

Andrew Neilson, Director of Campaigns at the Howard League for Penal Reform, told Metro.co.uk: ‘Prisons have largely managed to keep a curb on Covid infections behind bars, but at the cost of highly restricted and punitive regimes. Tens of thousands of people have been kept in their cells for most of the day, with access to many things denied to prisoners as the system has maintained its own lockdown.

‘As we hopefully move out of the pandemic, this has to change.

‘The real fear is not an explosion in protests but that highly restricted prison regimes actively damage people’s health and mental health, making crime in the future more likely rather than less.’ 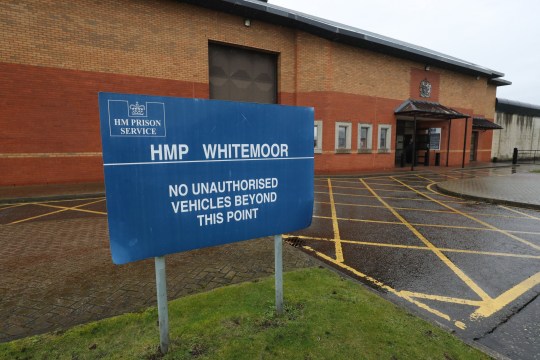 Prisoners refused to return to their cells during an eight-hour protest at HMP Whitemoor over the restricted regime (Picture: PA)

The Prison Service has an ‘evidence-based plan’ for easing Covid restrictions while keeping inmates safe without being subject to the strictest measures for longer than necessary.

It maintains that wellbeing is a ‘priority’ and it has taken measures including providing secure video call technology at every prison to keep inmates in touch with their families and ‘intensive’ one-on-one support from key workers in cells for those with mental health issues or wanting to talk about problems and anxieties.

A spokesperson said: ‘We make no apologies for our decisive action during the pandemic, which ultimately saved thousands of lives.

‘Violence continues to fall in prisons, with callouts for tactical support falling by nearly 50% in the last year.’