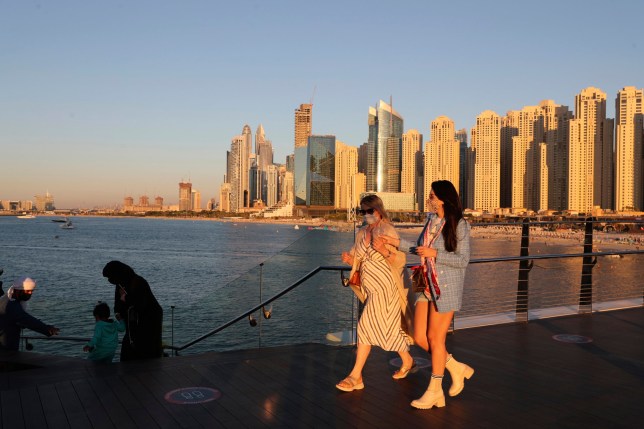 British tourists have still been coming to Dubai despite the lockdown at home (Picture: AP)

British holidaymakers and influencers in Dubai will have to self-isolate for 10 days upon returning home.

The United Arab Emirates, Burundi and Rwanda have been added to the ‘red list’ of countries from where travel to the UK is banned, Transport Secretary Grant Shapps said.

It means anyone arriving from these countries will be barred from entering unless they are British, Irish or foreign nationals with residence rights.

The Department for Transport said the decision was in response to new evidence showing the likely spread of a coronavirus variant first identified in South Africa.

Shapps said the new rules would come into force from 1pm tomorrow. He added: ‘Passengers must still have proof of a negative test and completed Passenger Locator Form before arrival – or could otherwise face a £500 fine for each.’

It follows uproar in recent weeks over social media influencers sharing shots of their luxurious trips abroad, particularly in Dubai, despite lockdown rules at home in the UK.

Many have tried to justify their journeys by arguing it is a legitimate part of their job. 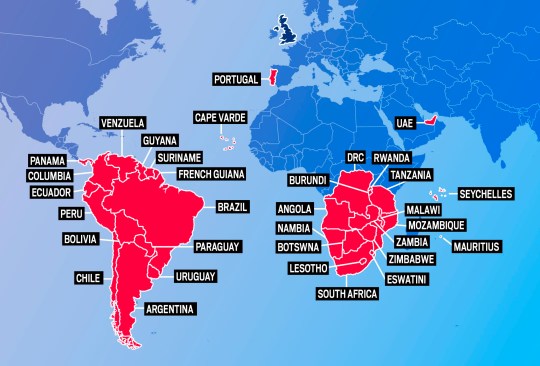 The UAE has been added to the UK’s travel ‘red-list’ (Picture: Getty Images/iStockphoto)

The full list of countries on the UK’s ‘red-list’

Today’s announcement adds to a list of 30 countries on a quarantine list announced by the Government yesterday.

The new rules stopped short of Home Secretary Priti Patel and Health Secretary Matt Hancock’s calls for all arrivals to be quarantined.

It is understood arrivals will be escorted to Government allocated hotel rooms from the airport and will have to pay around £1,500 for their stay.

In a bid to stop unnecessary travel out of the country, Patel has said Britons would be sent home from airports and ports if they could not prove their trip was ‘essential’.