Adiga was a senior adviser to Jill and senior policy adviser for Biden’s 2020 campaign. She previously worked for the Biden Foundation as director for higher education and military families 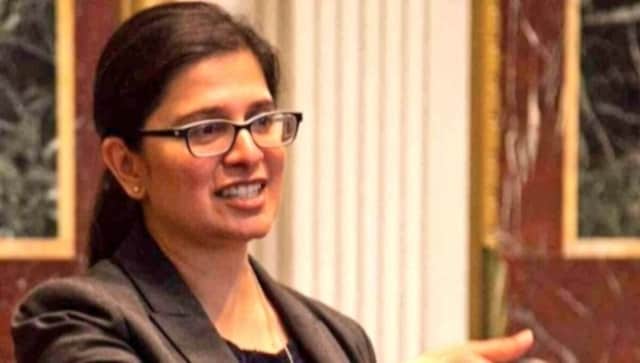 Washington: US President-elect Joe Biden has appointed Indian-American Mala Adiga as the policy director of his wife Jill, choosing an experienced education policy hand as the incoming First Lady focuses on education and plans to continue teaching community college classes.

Adiga was a senior adviser to Jill and senior policy adviser for Biden’s 2020 campaign. She previously worked for the Biden Foundation as director for higher education and military families.

Before that, during Obama’s administration, she was deputy assistant secretary of state for academic programmes at the Bureau of Educational and Cultural Affairs and worked in the State Department’s Office of Global Women’s Issues as chief of staff and senior adviser to the ambassador-at-large.

“Future First Lady Jill Biden’s Policy Director will be Mala Adiga, who served as her senior advisor and a senior policy advisor on the Biden-Harris campaign. Adiga will work for a First Lady who has said she intends to prioritise education and military families,” CNN report on Friday.

Biden on Friday announced another round of White House staff positions to be filled by longtime aides to the Bidens.

Louisa Terrell, who served as Executive Director for the Biden Foundation, will become Director of the White House Office of Legislative Affairs. She comes to the position with an experience that includes acting as the Special Assistant to the President for Legislative Affairs in the Obama-Biden administration, the report said.

Carlos Elizondo, who was social secretary for Jill Biden during the Obama administration, will be White House Social Secretary. Ambassador Cathy Russell will assume the role of Director of the White House Office of Presidential Personnel, it said.

Adiga served as Director for Human Rights in the National Security Staff’s (NSS) Multilateral and Human Rights Directorate. Prior to joining NSS, she was an attorney at the Department of Justice, where she served as Counsel to the Associate Attorney General.

Before entering government service, Adiga volunteered and then worked for the Obama presidential campaign for nearly two years, according to her biography on the US State Department website.

The new announcements come just days after Biden revealed his first round of top White House staff, including the appointment of his campaign manager, Jen O’Malley Dillon, to serve as deputy chief of staff, and campaign co-chair Cedric Richmond as director of the White House Office of Public Engagement.

Late week, he announced that his aide Ron Klain will serve as his chief of staff.