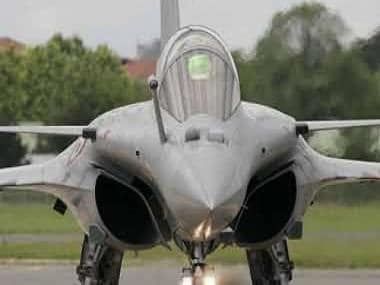 Rajnath Singh hailed the IAF as a ‘formidable force to reckon with, while Amit Shah said that the force’s personnel have served the country with ‘utmost courage’

The Indian Air Force (IAF) is observing its 88th anniversary on Thursday with a ceremonial parade and a flypast involving a variety of aircraft at the Hindon airbase. The IAF was established in 1932.

A total of 56 aircraft, including 19 choppers and seven transport aircraft, will fly during the parade. The Tejas LCA, Jaguar, MiG-29, MiG-21 and Sukhoi-30 aircraft were part of the dress rehearsal on Wednesday, besides the newly inducted Rafale fighter jet, an IAF official told PTI.

Ahead of the celebrations, the IAF shared their anthem on Twitter and also shared ‘Know the IAF’ posts explaining its aircraft, including the Rudra, MiG-21 and Chinook.

President Ram Nath Kovind and Vice President M Venkaiah Naidu took to Twitter to honour “air warriors, veterans, and families of the Indian Air Force” for their contribution in “securing our skies and assisting civil authorities” in humanitarian relief.

Prime Minister Narendra Modi extended greetings to the ‘brave warriors’ with a tweet in Hindi that read, “You not only keep the skies of the country safe but also play a leading role in the service of humanity in times of disaster.” He also posted a short video, honouring the IAF personnel.

On Air Force Day, we proudly honour our air warriors, veterans, and families of the Indian Air Force. The nation remains indebted to the contribution of the IAF in securing our skies and assisting civil authorities in Humanitarian Assistance and Disaster Relief.

I extend my warmest greetings to all Air Force personnel on the 88th Air Force Day.
Our Air Warriors are known for their professionalism, excellence and courage. They have made the country proud in war and peace.
May they touch the sky with glory.@IAF_MCC #AFDay2020 #AirForceDay

Defence Minister Rajnath Singh hailed the IAF as a “formidable and lethal force to reckon with”, while Home Minister Amit Shah said that the force’s personnel have served the country with “utmost courage and determination”.

My felicitations and best wishes to the air warriors and their families on the occasion of Air Force Day-2020.
Eighty eight years of dedication, sacrifice and excellence mark the journey of the IAF which is today a lethal and formidable force to reckon with. #AFDay2020 @IAF_MCC pic.twitter.com/jo0t1dIv20

From safeguarding our skies to assisting in all odds, our brave Air Force personnel have served the nation with utmost courage and determination. Modi govt is doing everything possible to keep our mighty air warriors roaring loud in the skies. pic.twitter.com/ioUCngM38i

On 88th Air Force Day, I extend my heartfelt gratitude to the courageous air force personnel protecting our skies & their families. On this glorious day, we honor & take pride in their valor, courage & sacrifice.

On 88th Air Force Day, I salute the exemplary valour of @IAF_MCC personnel. IAF is ensuring the safety of our skies with utmost dedication to the Nation.

Touch the sky with glory! pic.twitter.com/PWZAzulq8P

Tripura CM Biplab Kumar Deb and Members of Parliament Rajeev Chandrasekhar and Sadananda Gowda echoed the sentiment that the IAF continues to “touch the skies with glory”. Meanwhile, the French Ambassador to India Emmanuel Lenain hailed India and France’s partnership from the Ouragan aircraft to the Mirage 2000s and now the Dassault Rafales.

Happy 88th Airforce day to the @IAF_MCC Airwarriors n Sentinels of our skies n their families.

May you always “Touch the Sky with Glory” #JaiHind

The men in blue safeguard our skies with courage and commitment, the entire country is proud of you.#IAFDay2020 pic.twitter.com/vhCaZmlKF7

Congratulations @IAF_MCC on 88th #AirForceDay2020!
From Ouragan/Toofani in the 1950s to Mirage2000 & now #Rafale, France has always partnered with the Indian Air Force! pic.twitter.com/44e3qRxQmn