With this newfound public legitimacy, the Japanese Prime Minister can begin implementing crucial segments of his foreign policy agenda

Fumio Kishida can breathe a little more easily in the Kantei after his party’s surprisingly strong showing in the recently concluded Japanese general election. Kishida’s markedly lower approval rating than his predecessors and lingering dissatisfaction with the ruling Liberal Democratic Party’s handling of the pandemic led many to conclude that the LDP was heading for an electoral setback. While few expected the LDP to outright lose power, Japan’s most durable political party demonstrated just why it has managed to rule Japan for over 70 years by dropping just 15 seats and securing a sole majority in the House of Representatives.

Kishida’s rise to the top was precipitated by previous prime minister Yoshihide Suga’s shockingly low approval ratings. Suga’s perceived inability to handle the pandemic had made him the focus of public ire. Many within the LDP, especially newer members of the House of Representatives, believed that Suga’s failures had made him toxic politically and agitated to have a new leader elected. Fumio Kishida, a moderate with a long track record of public service, fit the bill admirably and was duly elected prime minister.

However, public enthusiasm for his elevation was muted, and Kishida started with a markedly lower approval rating than his predecessors. Further, Japan’s Opposition parties, long in disarray, seemed to have finally got their act together. The Constitutional Democratic Party, which held 110 seats in the 465-member House of Representatives, forged a controversial partnership with the Japan Communist Party in an attempt to capitalise on the LDP’s growing unpopularity among the general public.

In Japan’s electoral system, eight recognised political parties take to the field in order to secure the majority mark of 233 seats (in a lower House with 465 members). As Japan headed into election season, reports on the ground indicated that the LDP, which held a comfortable majority with 276 seats, was locked in neck-and-neck battles with the CDP in close to 70 constituencies across the country. Indeed, Kishida himself played down expectations by stating that he was looking to simply maintain the LDP-led coalition’s majority in the Diet, which would be possible even if the coalition dropped 70 seats. Reports flooded in that the LDP could expect to lose as many as 40 seats, an outcome that could have damaged the incumbent government and destabilised Japanese politics.

However, as the results began to trickle in on 31 October, it became clear that rumours of the LDP’s electoral decline had been exaggerated. While numerous races were tightly contested by the Opposition coalition, LDP candidates generally came out on top. Once the votes were tallied and the dust settled, the LDP had dropped just 15 seats from its previous total and with 261 seats, was well clear of the 233 seat majority mark. Its coalition partner, the Komeito, improved its tally as well and took the coalition to a total of 293 seats. Moreover, the LDP’s loss was not the CDP-led Opposition’s gain.

In an unexpected and potentially devastating reversal, the CDP saw its seat total decline from 109 to 96. Meanwhile, the right-wing Japan Innovation Party proved the unexpected star of the election by capturing over 40 seats. Despite lukewarm enthusiasm for the new Prime Minister and lingering resentment towards the LDP, the Opposition failed to make any significant inroads. Japan’s voters trust that the LDP, which has ruled the country for much of the last 70 years, has an unparalleled ability to manage the country’s famously factional bureaucracy and work with interest groups to ensure that “things get done”.

As such, voters care more about their local representative’s ability to secure government benefits for their constituencies rather than their ideological inclinations. The election results also made one thing clear: the centre of gravity in Japanese politics has shifted to the right and is likely to stay there for some time.

By mitigating what could have been a disastrous result for the LDP, Fumio Kishida has cleared his first hurdle as prime minister. Governments from New Delhi to Washington can breathe a sigh of relief. The return of an era of weak and inconsequential Japan Prime Ministers has been stemmed for the time being. With this newfound public legitimacy, Kishida can begin implementing crucial segments of his foreign policy agenda. To begin with, Kishida’s push to secure Japan’s supply chains and build economic security have enjoyed broad support among Japan’s political parties.

Should India play its cards right, it could find itself the beneficiary of Japanese investment as the economic giant attempts to shift away from an overweening dependence on China. Further, Kishida’s tenure will see vigorous debate in Japan’s defence outlook. An important proposal that has gained traction among Kishida’s hawkish supporters calls for doubling Japan’s defence budget to 2 per cent of GDP. With the current budget hovering around 0.94 per cent of GDP and other pressing demands on government funds, doubling defence spending may prove a bridge too far for the Kishida administration. However, more modest increases in defence spending are already underway and are likely to enhance Japan’s capability to act as a security provider in the region.

Kishida’s victory also allows his administration the latitude to develop a stronger China policy. Given Shinzo Abe’s support for Kishida, the latter will be able to push the implementation of key Quad initiatives to fund infrastructure projects, develop technical standards for key technologies of the future like Artificial Intelligence and 5G and boost military interoperability between participating countries. Further, Kishida will also have the opportunity to reimagine key aspects of Japan’s military posture.

The island nation is considering shedding the ghosts of its pacifist path and is actively considering acquiring a pre-emptive missile strike capability, a novel development in a country that has traditionally focused on largely defensive capabilities. Such a move would allow Japan to target military targets in China and North Korea for the first time and would significantly add to the US-led security architecture in the region.

To be sure, Kishida’s government is not yet out of the woods. The prime minister’s eye will be fixed firmly on the Upper House elections slated to take place in the summer of 2022. Should Kishida manage a repeat performance of his success with the House of Representatives, he will have three full years to govern Japan as a Prime Minister who is also a force to reckon with politically. With his position now appearing more and more secure, Fumio Kishida will be a very happy man indeed. 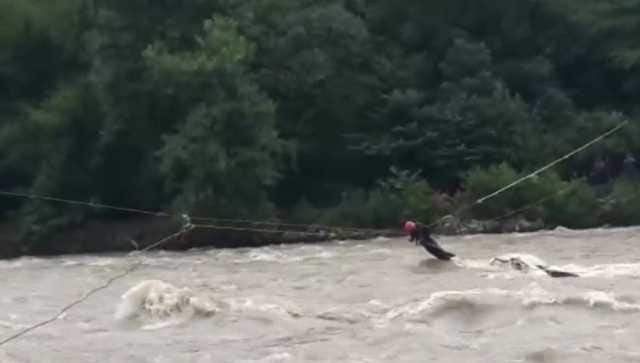