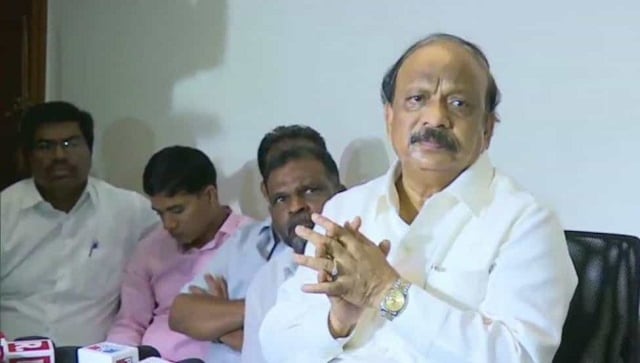 Baig, who was disqualified as a Congress MLA after he revolted against the party last year, was summoned to the CBI office on Sunday morning and “based on material evidence, he has been arrested,” they said.

The former Shivaji Nagar MLA was produced before a court which remanded him to 14-day judicial custody, the sources added.

The multi-crore ponzi scheme run by Karnataka-based IMA and its group entities allegedly duped over a lakh of people to the tune of Rs 4,000 crore promising higher returns using Islamic ways of investment, the sources said.

The scam came to light in June last year when the IMA operator Mohammed Mansoor Khan fled the country accusing Baig and some government officers of cheating him.

Khan had alleged that Baig had taken about Rs 400 crore from him, a charge rejected outright by the latter.

Baig was not inducted into the BJP, unlike 16 other disqualified legislators of the Congress and the JDS, whose revolt led to the collapse of the HD Kumarasamy-led coalition government last year.

The seven-time MLA did not contest the byelections held in December last year while 14 others got BJP tickets after joining it.

Khan came to India after much persuasion by the police and surrendered himself.

The then coalition government of Congress and JD(S) had formed a special investigation team to probe the matter. However, the BJP government which came to power later handed over the case to the CBI.

The CBI has arraigned an IAS officer, two IPS officers, a KAS officer, and a corporator as accused among others in the case after the state government gave permission for prosecuting them.

The IAS officer, who was the former deputy commissioner of Bengaluru Urban district, had died allegedly by suicide in his house a couple of months ago.