TEL AVIV—The International Criminal Court prosecutor said she is opening an investigation into possible war crimes committed in the Palestinian territories since 2014, a move welcomed by the Palestinian Authority and condemned by Israel.

announcement Wednesday comes after the court last month ruled that it has jurisdiction to probe alleged war crimes, a verdict that was rejected by Israel and questioned by the U.S. 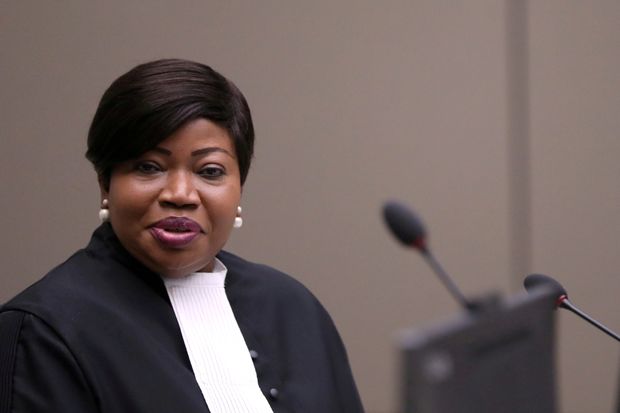 Fatou Bensouda, the prosecutor for the International Criminal Court, attended a trial in The Hague in 2019.


Ms. Bensouda, who will be replaced as prosecutor in June, didn’t specify exactly which events her office would investigate. Previous statements from the prosecutor’s office indicate that it would include alleged war crimes committed by Israel and the Palestinian Islamist group Hamas, which controls the Gaza Strip, during a bloody conflict between the two sides over the summer of 2014. The investigation is also expected to examine whether the building of Israeli settlements in the occupied West Bank and East Jerusalem constitute war crimes.

“Without any jurisdiction, it decided that our brave soldiers, who take every precaution to avoid civilian casualties against the worst terrorists in the world who deliberately target civilians, it’s our soldiers who are war criminals,” he said.

The decision to open a formal investigation could result in the issue of international arrest warrants for senior Israeli and Palestinian figures. Israeli officials are worried that senior military figures, both former and current, some of whom are now politicians, could find themselves targets of the investigation.

“We will fully back IDF soldiers and commanders, all of whom will continue to scrupulously and faithfully fulfill their duty,” Israeli Defense Minister

“This is a long-awaited step that serves Palestine’s tireless pursuit of justice and accountability, which are indispensable pillars of the peace the Palestinian people seek and deserve,” the Palestinian foreign ministry said.

“We consider this a courageous decision an important step for realizing justice,” a Hamas spokesman said.

The Palestinian Authority joined the ICC in 2015 and since then has pushed for an investigation into Israel, which isn’t a member of the court.

Israel has argued that since there isn’t a sovereign Palestinian state, the ICC has no jurisdiction over lands Israel considers to be disputed. Israeli officials had hoped that Ms. Bensouda would delay a decision on opening an investigation, leaving it to her successor.

It isn’t clear how her successor, British lawyer

will proceed with the investigation, or how long it would take given the complications caused by Covid-19. Legal experts in Israel say it could take years.

“How the Office will set priorities concerning the investigation will be determined in due time, in light of the operational challenges we confront from the pandemic, the limited resources we have available to us and our current heavy workload,” Ms. Bensouda said.