WHEN her Netflix reality series premieres this week, Georgina Rodriguez will tell the world about her “dream life” with fiancé Cristiano Ronaldo.

Holidaying on yachts with the Manchester United star, flying by private jet, and splashing £27,000 on two bottles of fine wine and £146,000 on handbags. 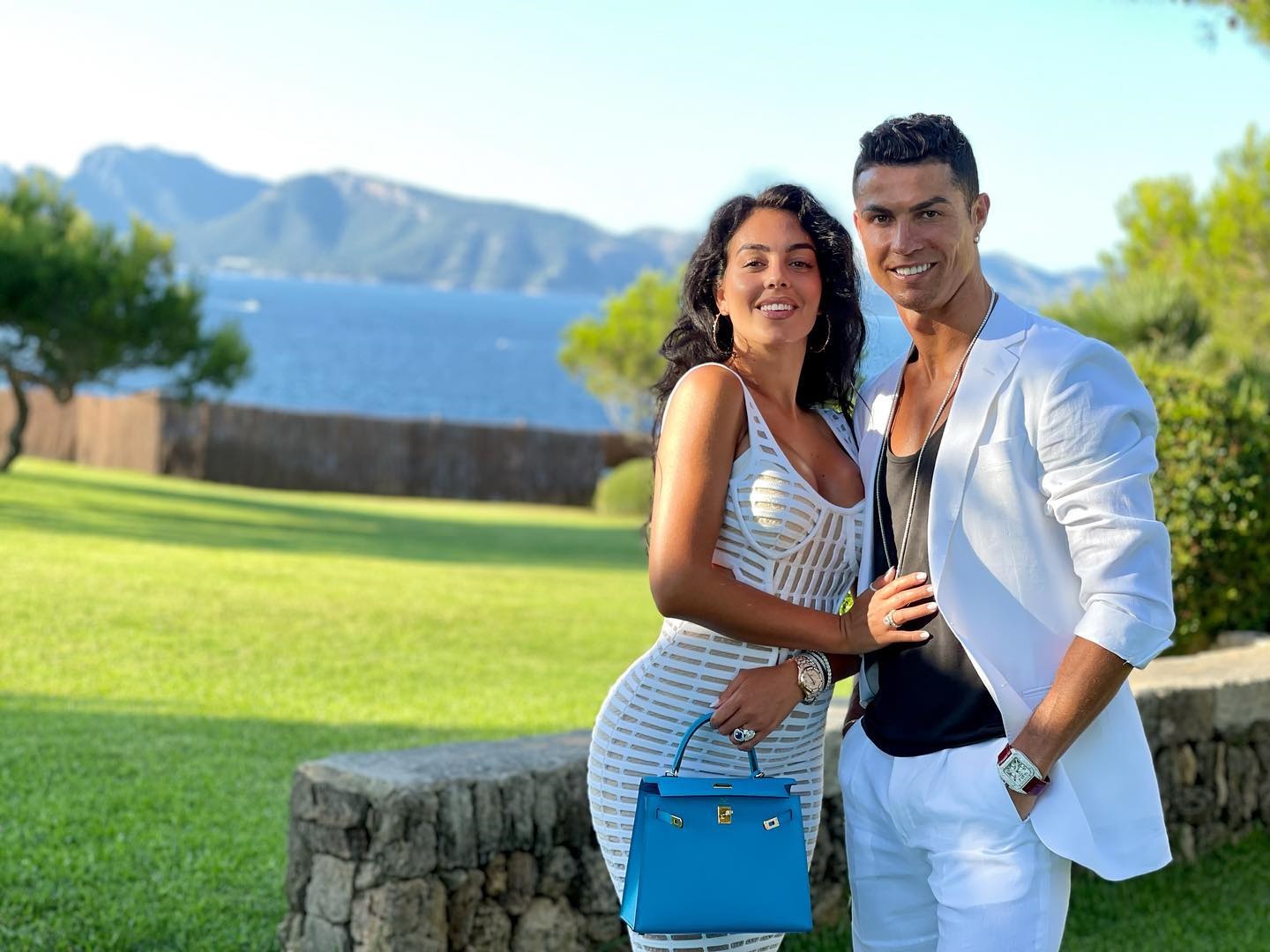 She insists she will never forget the family she came from

In a promo clip for I Am Georgina, the Spanish model, who turns 28 when the show starts streaming on Thursday, declares she knows what it is like “not to have anything — and what it is like to have it all”.

She insists she will never forget the family she came from before Portuguese hero Cristiano, 36 — said to be worth £790million — side-stepped into her life.

But today we can reveal how some of that family accuse the influencer of ignoring them after she got with Cristiano and became mum to their four-year-old daughter Alana Martina.

Georgina’s uncle, Jesus Hernandez, who says he helped raise her after her dad was jailed over a drug-smuggling plot, has branded her “evil” for shutting out the family.

He said: “She may feel ashamed of us and consider she’s better than us because we don’t live with her luxury.

“I’ve never asked her for anything. She has only rung once or twice since I found out she was dating Ronaldo.”

Others are upset too.

Her half-sister Patricia Rodriguez, 33, said: “When it was my son’s birthday, I asked if she could ask Cristiano to sign a shirt for my boy and she said ‘No’ — she wasn’t going to bother him as he was on holiday.”

Meanwhile, Georgina’s gran died three years ago, age 80, without having been intro-duced to Alana Martina.

Georgina had it tough as a child. She grew up in Jaca, a city in north-east Spain.

Her Spanish mum Ana Maria Hernandez met her Argentinian dad, Jorge after he moved to the country.

But he was arrested a day before her fifth birthday over a failed bid to smuggle more than £100,000 of cocaine from Spain.

Georgina became a ballet dancer, studied English in London and worked as an au pair in Bristol.

She then became a model, returned to Spain and worked in a Gucci store where ex-Real Madrid star Cristiano shopped — and her life changed for ever.

She took it to Lapland before Christmas with Alana Martina and Cristiano’s three other children from before he met her — Cristiano Ronaldo Jr, 11, and four-year-old twins Eva and Mateo.

They all enjoyed a £1,500-a-night cabin holiday to see Santa.

At the Venice Film Festival last September, she dazzled in diamonds worth £78,000.

Her jewellery collection is worth an estimated £2.6million and Cristiano recently got her a £103,000 Louis Vuitton trunk for it all.

‘She may feel ashamed of us and consider she’s better than us because we don’t live with her luxury. I’ve never asked her for anything.

He earns £480,000 a week at the Red Devils after a £12.85million move from Juventus last year, and the couple’s £3million, seven-bedroom Cheshire mansion has a cinema room and a four-berth garage for part of his £17million fleet of supercars.

This is all light years from Georgina’s roots, where uncle Jesus helped bring her up.

He said: “I was in charge of providing for Georgina and her sister, buying them clothes, paying for their electricity and water.

“I did everything. Georgina was living with me during her teenage years until the day they sent my brother-in-law back to Argentina.”

Jesus lives in a two-bed home in south-east Spain with his wife and child, on just over £650 a month.

He is furious Georgina has never told him where Jorge is buried after he died aged 70 following a stroke three years ago in Argentina.

Speaking on Spanish TV, he added: “No one told us Jorge had died. I don’t know why Georgina didn’t tell us. I’ve tried to contact her.”

He added: “I’ve written on Cristiano’s Facebook, ‘You’ve got the most evil woman at your side’ and ‘if you want to know, contact me, I will tell you’.”

His partner Lidia added: “She stopped calling her uncle and granny the day she gave birth.

“We’ve tried to phone and it appears she’s changed numbers.

“Now everyone is going to find out the shameless person she is.

“Why couldn’t she have told us her dad had died? You don’t hide things like that.”

In her Netflix promo video Georgina says “life changed for ever” five years ago when she met Cristiano, adding: “Thanks to love, my life is a dream.”

He coos: “She’s the woman I’m completely in love with.”

She is undoubtedly a loyal partner and devoted mum and Cristiano has previously praised her for bringing joy into his life.

He said: “Geo has helped me so much. She’s the mum of my kids and I’m so passionate for her.

“I open my heart for her, she opens her heart for me. I am so happy with her.”

Georgina said of their home life: “The children are our joy.

“We wake up and the first thing we do is hug and kiss them, put them in their little chairs and watch them while they have their breakfast — make sure they have everything they need, and so on all day long.

“This is a very special time for us all.”

Her 30million Instagram followers will be sure to watch her Netflix show, airing in 190 countries.

But a source close to her family said this week: “I’d be amazed if she went into detail about her dad’s criminal past or tension between her and part of her mum’s side of the family.

“She’s been public about her love for big sister Ivana but most of her fans know next to nothing about the rest of her family.

Georgina’s always been very public about her love for her big sister Ivana but her fans know next to nothing about the rest of her family.

“We’ll see Georgina as she wants fans to see her — not the real Georgina, warts and all.”

Before her gran Juana Escarabajal died of heart failure, she told Spanish TV she was devastated Georgina had not introduced her to her daughter.

In an interview unearthed by The Sun on Sunday, Juana said: “I only saw my great granddaughter in a photo when she was very small, that Georgina sent.”

Georgina’s mum, Ana Maria, and Cristiano’s, Dolores Aveiro, are not in the show.

Georgina said this week: “It’s my show and they’re not in it because circumstances didn’t give rise to it.”

But she insisted: “My sister, mum and I have always been a family and very united.

My mum comes to Manchester, just like she also used to come to Turin and Madrid when we lived there.”

Another family member not on the show is Georgina’s half-sister Patricia — daughter of Jorge and his previous partner.

Speaking before her dad’s death, while he needed a full-time nurse after his stroke, she said: “I would like to be with him but haven’t been able to see him for seven years because of the cost of getting to Argentina.

“It hurts me that Georgina has only been to see our dad once in all this time. My dad is always saying he misses us.”

Since their interviews neither the family nor Georgina have commented further. 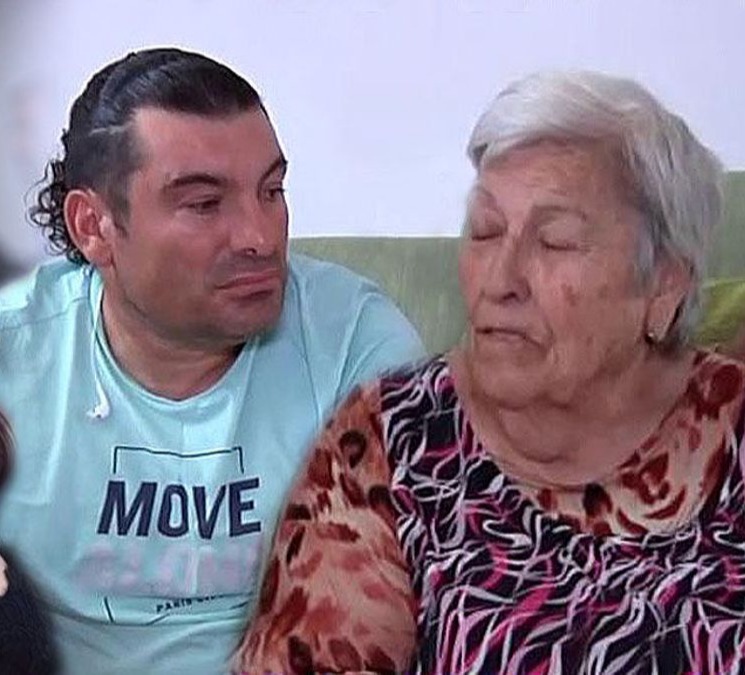 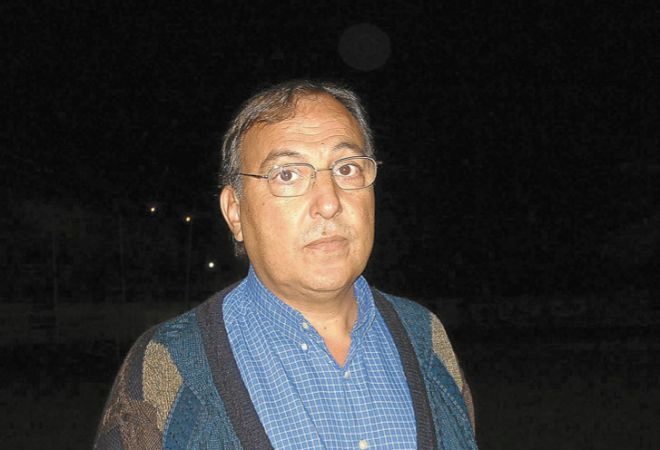 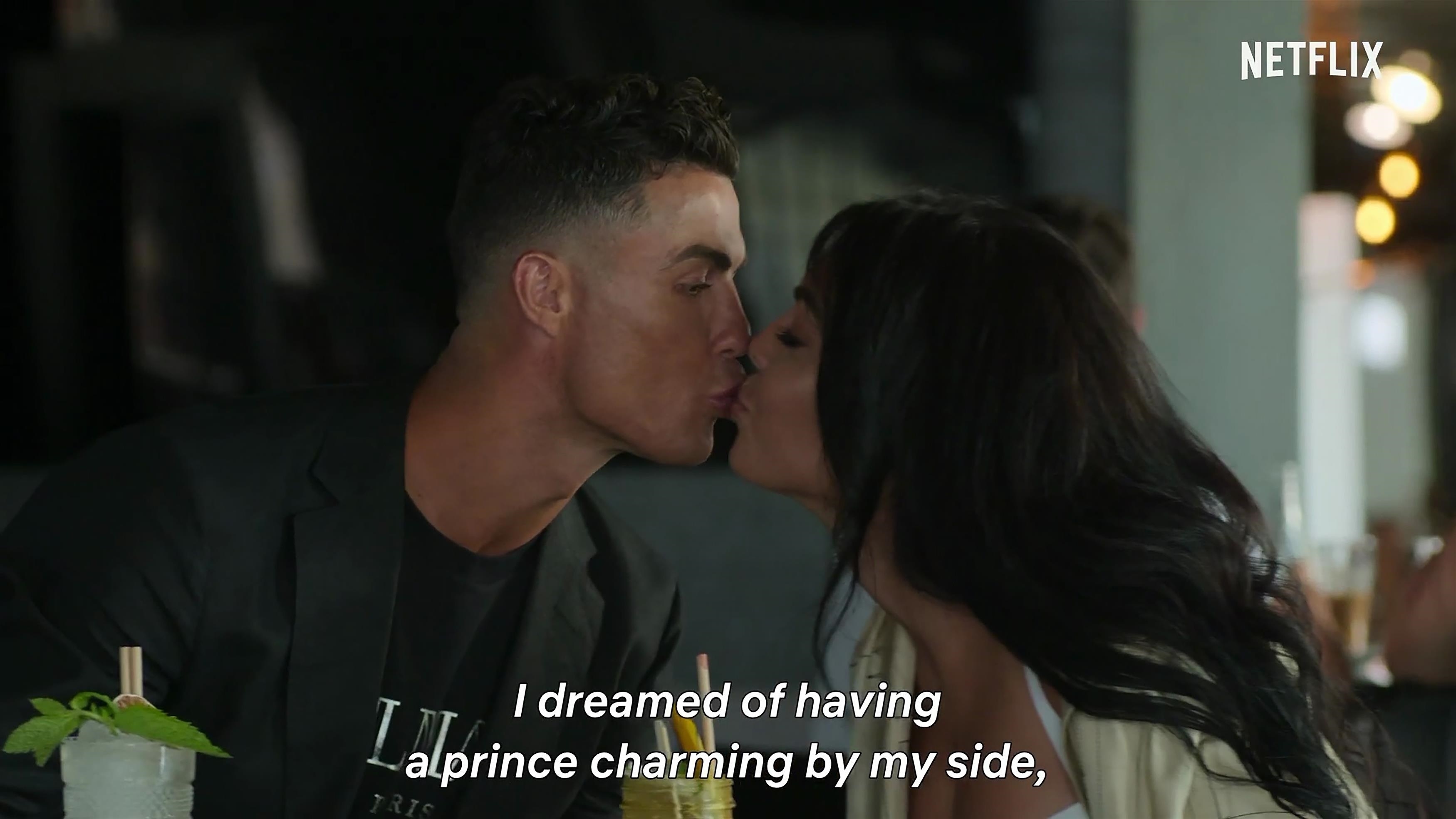 Her Netflix show will air in 190 countries 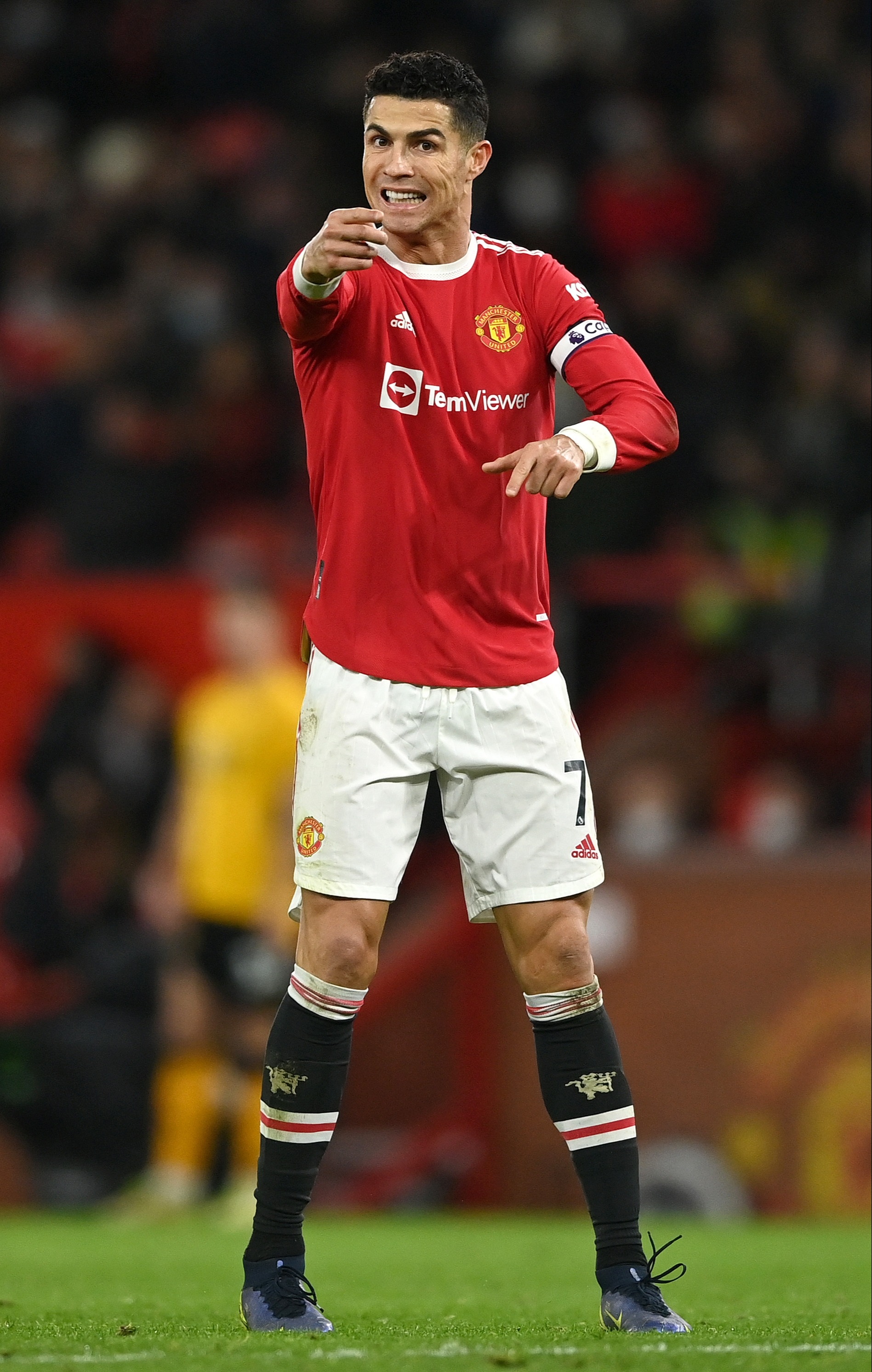 Manchester United ace Cristiano Ronaldo is said to be worth £790million