Hurricane Ian has made landfall in the United States.

The densely populated Tampa Bay area was spared a direct hit from the storm, but the region is still expected to see severe winds and 20 inches of rain.

Ian is almost a Category 5 hurricane, currently sustaining winds around 150 mph. A hurricane hits Category 5 when its winds exceed over 157 mph. 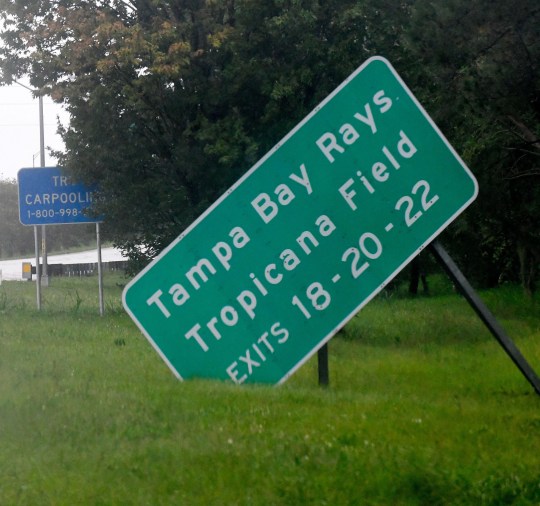 A damaged sign sits on the side of state road I-275 as Hurricane Ian approaches (Picture: Getty Images) 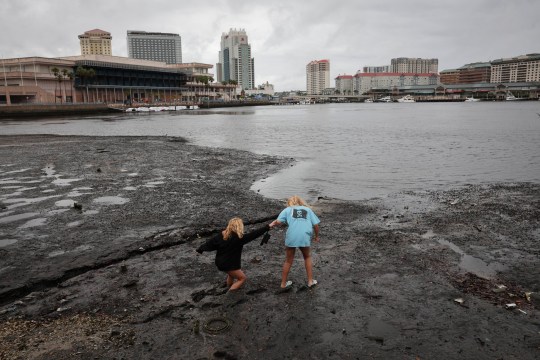 Two people walk along the shore of a receded Tampa Bay as water was pulled out from the bay in advance of the arrival of Hurricane Ian (Picture: Getty Images)

Winds are expected to weaken as the storm heads inland, but forecasters are warning that inland cities like Orlando could still see hurricane-force winds.

‘This is going to be a nasty nasty day, two days,’ Florida Governor Ron DeSantis said. ‘There will be debris in the air and flooding powerful enough to move cars around. So please, do not be outside during this storm.’

About 2.5million residents of Florida’s Gulf Coast are under evacuation orders, however authorities have now warned residents that it is too late to leave and anyone remaining should shelter in place. 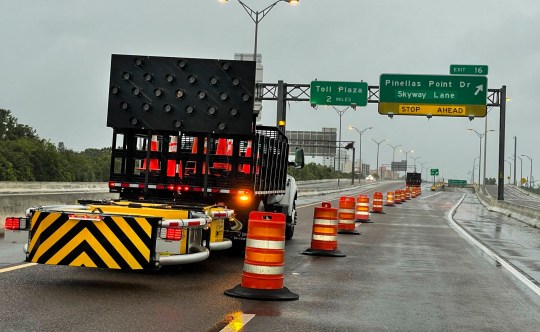 Access roads to the Sunshine Skyway bridge are blocked off as the span is closed due to high winds from Hurricane Ian in St Petersburg (Picture: AP) 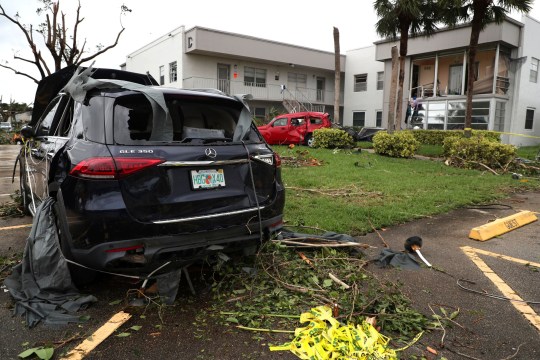 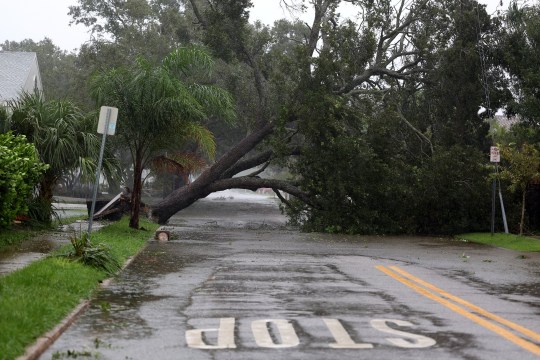 A down tree lays over the road after being toppled by the winds and rain from Hurricane Ian in Sarasota (Picture: Getty Images)

‘Central and northeast Florida will also feel impacts,’ DeSantis warned at a press conference on Wednesday. ‘We’ve already seen tornado warnings in the state far from where the hurricane is entering in southwest Florida, and those warnings are likely to continue until it leaves our state.’

Florida Power and Light warned that Floridians could be out of power for days to come. About 45,000 people have already lost electricity. 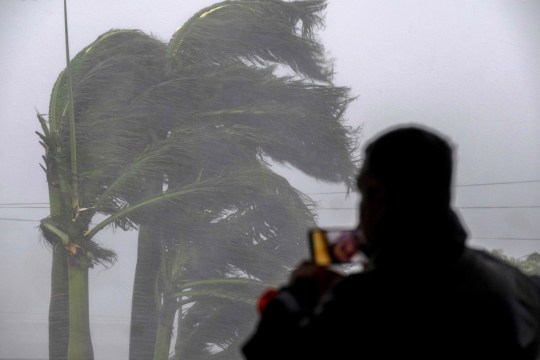 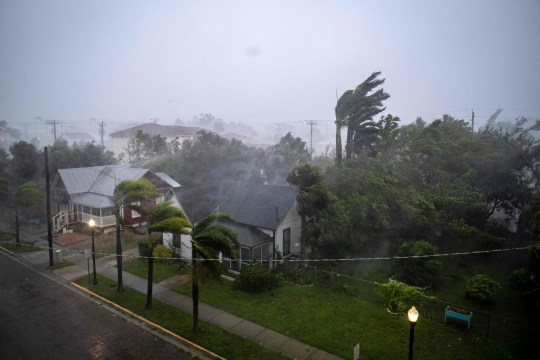 ‘We’ll be there to help you clean up and rebuild, to help Florida get moving again,’ President Joe Biden said. The White House announced that it pre-staged generators, fuel, 3.7million meals and 3.5million gallons of water for the recovery effort.

Biden held calls with Governor DeSantis, the mayors of Tampa, St Petersburg, and Clearwater, and the director of the Federal Emergency Management Association (FEMA).

‘We’ll be there every step of the way. That’s my absolute commitment to the people of the state of Florida,’ Biden said on Wednesday.