Striking satellite images of Hurricane Ian show lightning crackling near the eye of the storm as it travels across Cuba and heads toward Florida.

The footage was shared by the National Oceanic and Atmospheric Administration Tuesday, showing the storm circling over the Gulf of Mexico. The satellite images also showcase several bolts of lightning striking near the eye of the storm.

The powerful storm knocked out the power supply across Cuba Tuesday, leaving 11 million people in the dark before it began barreling toward the coast of Florida on Wednesday.

Winds reached 155mph as it began moving toward the US, just 2 mph away from making the storm a Category 5 hurricane — a classification for the most serious storms where winds top 157 mph.

It’s uncertain where Ian will make landfall, but Florida residents have begun bracing for its impact as Governor Ron DeSantis warned Florida will see ‘a nasty nasty day, two days.’

Millions have been urged to evacuate their homes, and DeSantis said early Wednesday it may be too late for those who haven’t evacuated to leave the area.

Ian already brought massive destruction to Cuba, where two people were reported dead. The storm also devastated the Pinar del Rio province, wrecking some of the most important tobacco farms in the country.

Tens of thousands of residents evacuated ahead of Ian’s arrival in Cuba, long before homes and businesses were damaged by toppled trees and flooding. 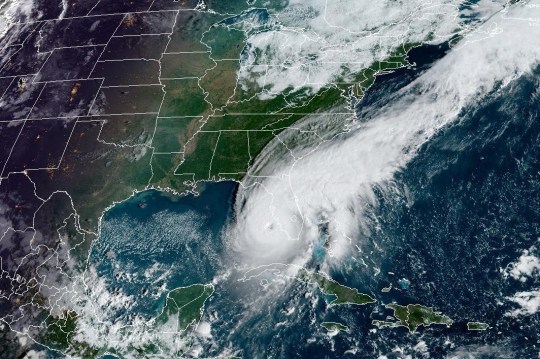 The US National Hurricane Center said Cuba suffered ‘significant wind and storm surge impacts’ when the hurricane hit with winds at 125 mph.

The storm has only grown stronger since. Ian approaches Florida Wednesday afternoon with winds sustained at 155mph, threatening catastrophic damage to the sunshine state.

Ian is expected to bring life-threatening storm surges, hurricane-force winds, flooding and severe damage to the state, as well as possible storms to neighboring states in the south.

Storm surges could push 12 feet of water or more across over 250 miles of the Florida coastline, according to the hurricane center. 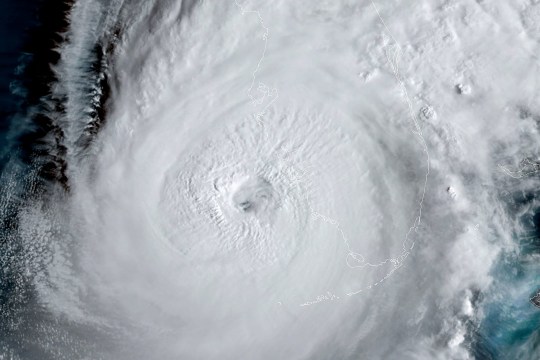 Ian may bring massive amounts of rain to the city of Tampa, Florida, where there hasn’t been a hurricane since 1921 (Picture: Getty Images)

Forecasters predict Ian may make landfall over 100 miles south of Tampa and St Petersberg. The densely populated Tampa Bay area has not been directly hit by a hurricane in over 100 years.

While the brunt of the storm may miss Tampa, residents still may experience powerful winds and up to 20 inches (50 cm) of rain, officials warned.

Tampa Mayor Jane Castor warned residents in a video shared to Twitter, ‘We are not out of danger yet.’ 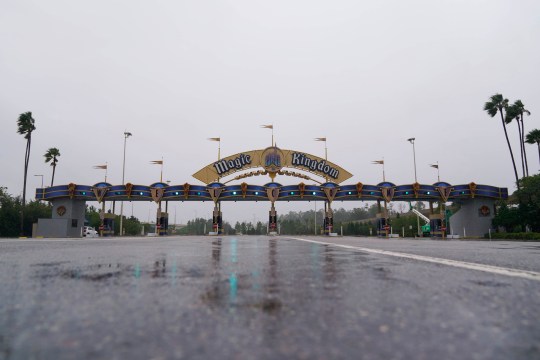 The entrance to the Walt Disney theme park is seen as the park is closed as Hurricane Ian bears down on Florida (Picture: AP)

Ahead of the storm, many residents across the state have boarded up their homes and left the area. Images of those preparing for the worst, including staff at Walt Disney World, have been shared across social media as residents hunker down before the hurricane hits.

The center of Hurricane Ian is predicted to move over central Florida Wednesday night and Thursday morning, before emerging over the western Atlantic by later Thursday, according to the National Hurricane Center.