The resounding success of the Aspirational Districts Programme is a testament to the efforts of the national, state and district level administrations

Good food never fails to bring people or, in some cases, even nations together. Last winter, in a pleasantly surprising cultural exchange, black rice grown in Chandauli, a small district in eastern Uttar Pradesh, found itself on the dining tables in Oman and Qatar. One of the 112 districts under the Aspirational Districts Programme, Chandauli is known as the ‘rice bowl of Purvanchal’. Given the popularity of paddy cultivation in the region, the district administration decided to diversify the agricultural produce by encouraging farmers to grow fertiliser-free organic black rice. The experiment was remarkably successful, with Chandauli adding to the thriving global market of black rice and exporting to even countries like Australia and New Zealand.

The Aspirational Districts Programme (ADP) focuses on 112 of India’s most developmentally challenged districts across sectors such as health and nutrition; education; agriculture and water resources; basic infrastructure; and financial inclusion and skill development. The programme was launched in January 2018 and is spearheaded by the Prime Minister himself. At the central level, it is steered by NITI Aayog in active partnership with state governments and district administrations. Many of these districts are situated in remote corners of the country. However, from Kiphire in Nagaland and Chandel in Manipur to Jamui in Bihar and Sirohi in Rajasthan, all these districts are constantly striving to overcome challenges and script a new story for themselves.

Based on the three pillars of ‘Convergence, Collaboration and Competition’, the programme has translated into a stellar development narrative as well as a vibrant jan andolan, engaging 27 states and 14 per cent of India’s population. Just like Chandauli’s black rice experiment, many other best practices and success stories have emerged from these districts because of the programme.

The founding values as well as the implementation roadmap of the programme have been widely appreciated at national and international levels. In June 2021, the United Nations Development Programme (UNDP) in India released an independent appraisal report on the programme. Titled Aspirational Districts Programme: An Appraisal, the report touts the programme as a global example in leveraging local structures of governance and bureaucracy, with multi-stakeholder partnerships, to ensure that localisation of the Sustainable Development Goals becomes a reality. UNDP marks the Aspirational Districts Programme as a model replicable not just within India, but also on a global scale.

This is not the first such international recognition of the success of the programme. In September 2020, a similar study was released by the Institute for Competitiveness, titled An Assessment of Aspirational Districts Programme. Acclaimed Harvard Business School Professor Michael E. Porter and MIT Professor Scott Stern in the foreword of this assessment lauded the programme’s model of active collaborations among multiple levels of governance within each district, and the use of public-private partnerships. The stakeholder-oriented approach, driven by the use of outcome-oriented metrics and data, was greatly praised by the two academics.

The UNDP appraisal draws from robust methodologies of qualitative as well as quantitative research. On-ground interviews with district magistrates and collectors, prabhari officers, knowledge partners, development partners and Aspirational District Fellows form the crux of this research. Some of the district magistrates of districts outside the purview of ADP have also been interviewed to draw a comparative analysis.

At the grassroots level, the programme is actively powered by these stakeholders, most of them young, dynamic and driven Indian citizens, imparting a bottoms-up collaborative approach to the execution.

The convergence and collaboration of these stakeholders ensure that the implementation of the programme synthesises inputs, synergises efforts and expedites results. Real-time monitoring of all 49 indicators across the five focus areas on the ‘Champions of Change’ dashboard, with a monthly ranking of the best-performing districts, adds a competitive zeal to the programme, motivating the districts to push themselves to outperform others.

The Aspirational Districts Programme has been instrumental in creating a conducive environment to foster development and innovation across key focus areas.The UNDP appraisal beautifully captures the significance of these indicators as well as the vibrant success stories and best practices resonating from across the country.

First, under health and nutrition, model anganwadi centres have been set up across districts to benefit women and children. The number of institutional deliveries has increased, along with a dip registered in the rate of severe acute malnutrition in infants. Methods to measure the height and weight of infants have now been standardised. A great example of tracking health and nutritional outcomes has emerged from the aspirational district of Ranchi in Jharkhand, which has introduced a ‘Poshan’app. It is a real-time data analytics digital platform that monitors bed occupancy, child-growth charts and the inventory of every malnourishment treatment centre in the district. The app has led to bed occupancy levels increasing by over 90 per cent at healthcare centres.

Second, education outcomes have witnessed massive improvement across these districts. Innovation and digitisation have been the cornerstone of transformation in the education sector. Many districts have worked towards customised solutions tailored to meet their education needs. A fabulous example is the ‘Hamara Vidhyalaya’ model adopted in Namsai, a remote district in Arunachal Pradesh. Under this model, a school prabhari is appointed for each school in the district to ensure monitoring, assessment and guidance. The programme makes use of an online platform called ‘Yathasarvam’, developed by technology partner Eckovation, and is linked to a mobile app to record responses. As a result of this initiative, Namsai has recorded substantial improvement in learning outcomes and overall teaching practices.

Third, as is evident by the Chandauli black rice experiment, the agriculture and water resources sector has received a great push under the Aspirational Districts Programme. District administrations have laid tremendous emphasis on improving irrigation facilities and yield, as well as farmer education. Several innovative paths have been charted out to create market linkages for products indigenous to the aspirational districts. Goalpara, a district in Assam, has set up an online e-commerce portal, Goalmart, to promote its homegrown ethnic and agrarian products in national and global marketplaces.

Fourth, basic infrastructure is a priority area to improve connectivity in these districts, many of which are geographically disadvantaged. Districts affected by Left Wing Extremism utilise this parameter to ensure internal security. For example, Bijapur in Chhattisgarh and Malkangiri in Odisha have greatly improved the network of roadways and ramped up the infrastructure projects in their jurisdiction.

Fifth, under the financial inclusion and skill development pillar, Maharashtra’s Gadchiroli has set a wonderful example. Micro-ATMs have been launched in the district to provide financial assistance to women self-help group members, who are provided with commission-based income following every transaction. These ATMs can also be operated on low-internet signal and enable cash withdrawals, deposits, mobile recharge and bill payments.

The resounding success of the Aspirational Districts Programme is a testament to the efforts of the national, state and district level administrations, at the head of which is the empowering vision of our Prime Minister. The transformational growth story of these districts would not have been possible without the continuous support of knowledge and development partners as well as civil society organisations. A programme of this scale has redefined the contours of India’s development narrative and will continue to garner many more accolades as it achieves one progressive milestone after another.

The author is CEO, NITI Aayog. Views expressed are personal. 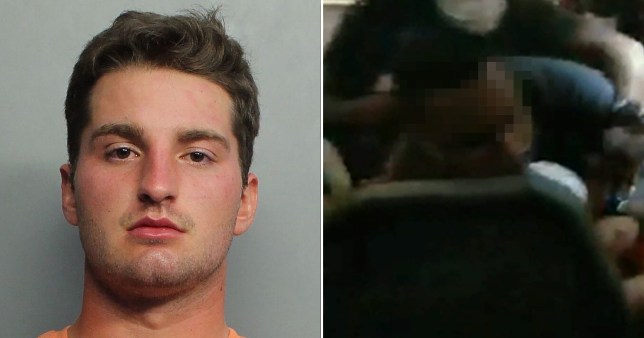