A giant room packed with cannabis plants was discovered by police in a raid in Dudley (Pictures: West Midlands Police)

A cannabis farm at an empty house was busted after a drone picked up a ‘large heat source’ coming from the top of a house.

More than 200 cannabis plants were discovered at the address in Junction Street, Dudley, with an estimated street value of £211,000.

Police said there were no occupants inside the property, which was packed with plants, at the time of the raid at 10.30am on October 28.

Cannabis factories need lots of heat and light to grow their illegal crop, and police often use drones fitted with thermal imaging technology in their investigations.

It means properties housing drugs farms light-up like beacons on the heat-seeking cameras.

Officers were joined by councillor Damian Corfield, who represents Netherton, Woodside and St Andrews Ward, during the raid. 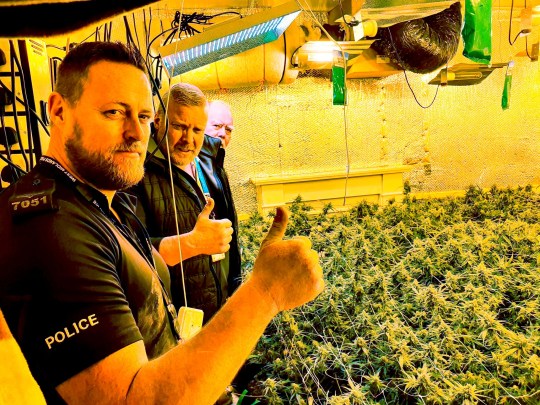 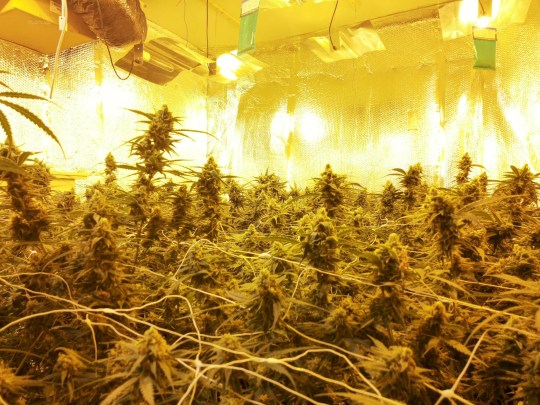 The estimated street value of the plants was approximately £211,000 (Picture: West Midlands Police) 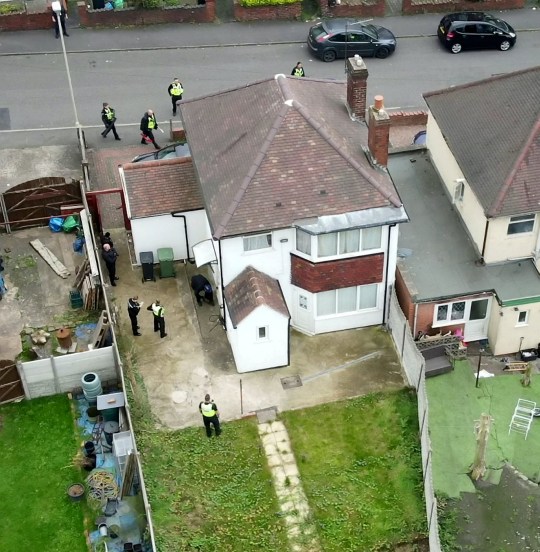 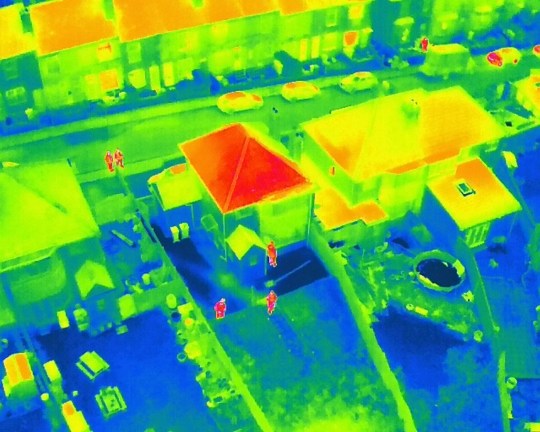 Dudley Town Police tweeted afterwards: ‘Officers have acted upon intelligence and discovered a cannabis grow with 211 plants worth approximately £211,000.

‘Great to be joined by local councillor Damian Corfield and a member of the IAG board, working in partnership to keep our areas safe.’

A photo shared on social media shows officers posing next to the massive drugs haul with their thumbs up.

The team was congratulated by superintendent Jason Anderson, who said: ‘Brilliant work team. Yet more community intelligence acted upon which has prevented this commodity reaching the streets and vulnerable members of our communities.’

The force confirmed enquiries are ongoing to track down the offenders.