PATRICE Evra was the target of a DEATH threat from a Liverpool fan after Luis Suarez was found guilty of racially abusing the Frenchman.

The Man United legend has revealed he was written to by a Liverpool fan in jail at the time, who threatened to ‘kill’ him after being released.

Suarez was handed an eight-game ban and £40,000 fine by the FACredit: AFP 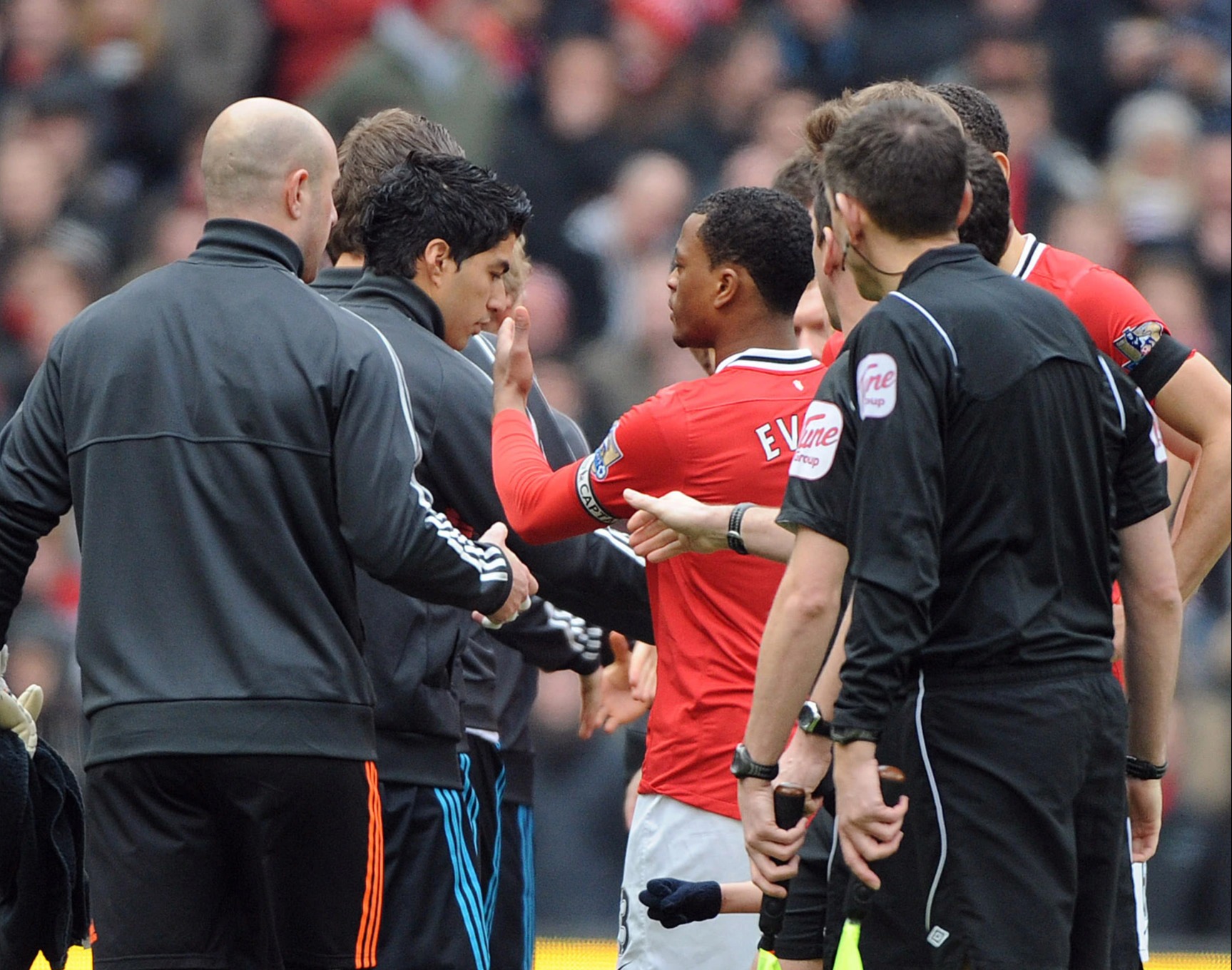 Suarez refused to shake Evra’s hand in their first meeting after he was found guiltyCredit: Mark Robinson – The Sun

The incident happened after Liverpool were awarded a corner during a Premier League game at Anfield in October 2011.

Suarez was found guilty by the FA of misconduct for using insulting words towards the Red Devils left-back.

It was then the threats started, with Evra telling the Times: “I started to receive hate mail from Liverpool fans, handwritten letters sent to United.

“They were opened by Barry Moorhouse, then the player liaison officer and long-time United servant. ‘Pat, this is a really serious case,’ he said as he showed me some of the letters.

“One was from a man in prison who said that the first thing he was going to do when he got out was kill me. The police came and told me they had to take it seriously.

“For two months, I had 24-hour security in front of my house. Given my background, I wasn’t scared, but my family were.

“One day, I was driving my car and I could see someone following me. When I stopped, the car stopped and did a U-turn.

“The police had already been tracking the car. Nothing came of it, or if it did, I wasn’t told.”

Sky Sports cameras picked up footage of the incident at Anfield, after Evra had faced claims of lying about the confrontation.

He recalls: “I was accused of being a liar, but Sky TV had pictures which showed that Suárez had said the word ‘negro’.”

Suarez had claimed in his native Uruguayan that the term could be used in an affectionate way towards friends.

But a disciplinary hearing in December 2011 found the South American guilty, ruling that he was not using the term in a friendly manner.

Suarez then famously refused to shake Evra’s hand before a clash at Old Trafford in what was his first start after serving an eight-game ban.

Speaking on that incident, Evra said: “I went on to that pitch ready to shake Suarez’s hand. I saw him coming towards me out of the corner of my eye. He seemed to get quicker.

“I hesitated as I went to shake his hand. He refused to shake mine. He moved on. I threw my arms up as he went down along the line to shake hands with other players.

“Rio [Ferdinand] refused to shake his hand. Suarez had made a great mistake because now, through his own actions, he was the villain.”