THE apartment at the center of a renewed search for a missing eight-year-old girl is seen with missing floors and a torn-apart closet in shocking new footage.

Cops descended on the small, one-bedroom in New Hampshire on June 14 where they were seen removing a fridge as part of their investigation into the disappearance of Harmony Montgomery, now aged 8. 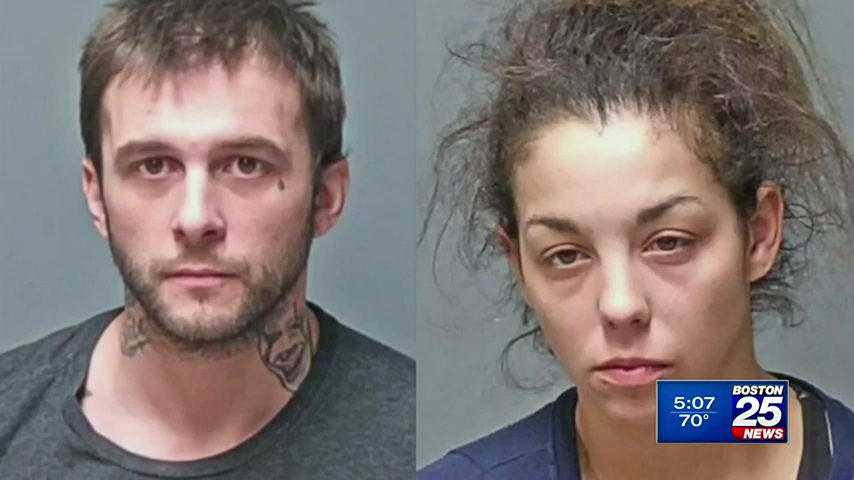 Her biological father, Adam, and his now-estranged wife Kayla have both since been arrested on separate charges.Credit: Boston 25 News 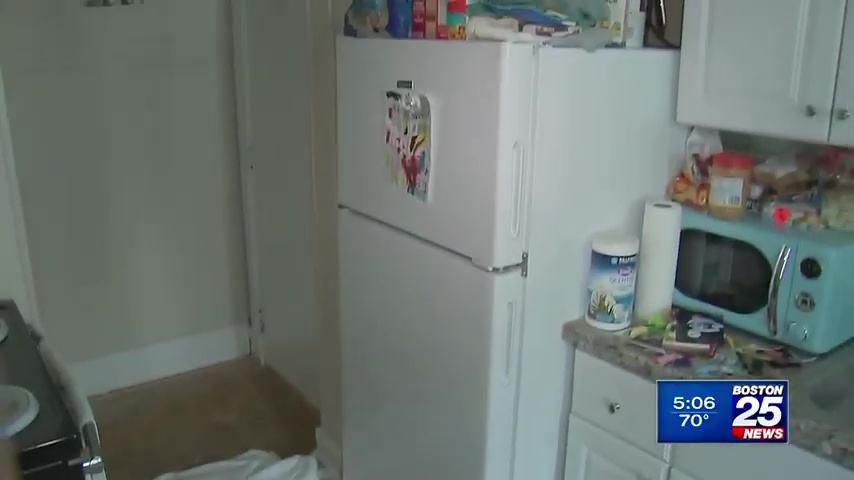 A new refrigerator has since been installed in the home where Adam once lived, as the old one was seized as evidenceCredit: Boston 25 News 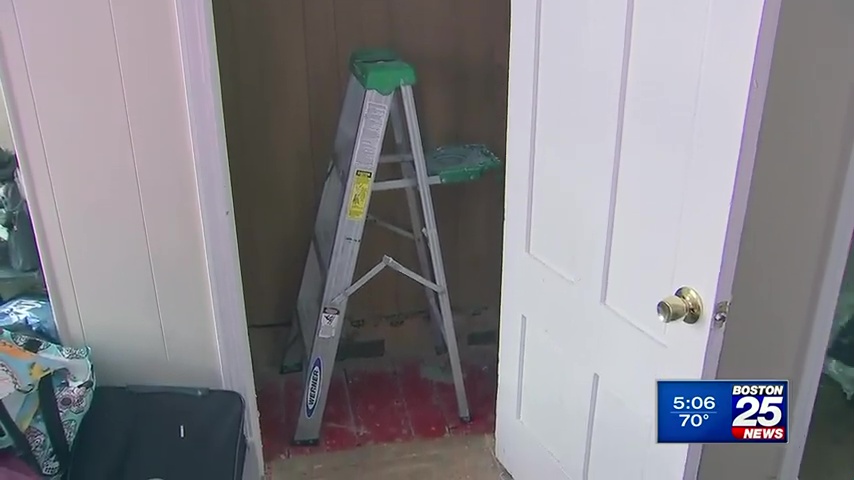 However, the current owner has now revealed the other pieces of evidence that were taken away by the FBI who have been searching for the young girl for months.

The apartment was once occupied by Harmony’s father, Adam Montgomery, and her ex-stepmother, Kayla.

“It’s heartbreaking, to be in the apartment that you think something might have happened in,” the current resident, using the alias Ginger, told Boston 25 News. 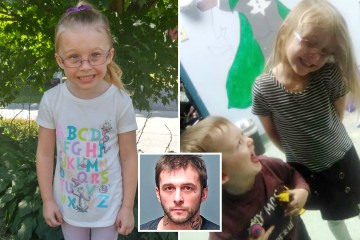 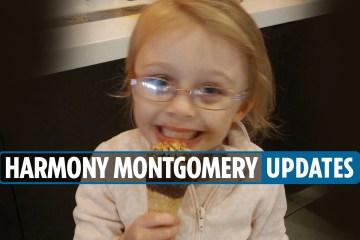 She showed how extensive flooring has been removed in the kitchen, hallway and in the bedroom.

And the resident has been supplied with a new fridge after the other one was removed.

“That fridge is supposedly a newer fridge, it wasn’t there when they were here.

“The maintenance man was telling me there were three other tenants before me.”

A worker has also been working to rebuild the bedroom closet after police removed a shelf and a bar, among other things.

Ginger revealed that the police appeared extremely interested in the closet.

“It was just all ripped up,” she said.

Harmony was last seen in Manchester, New Hampshire, in 2019, but her disappearance mysteriously wasn’t reported until the end of December 2021.

According to data kept by the Massachusetts DCF, Harmony spent a large portion of her early life being shuttled back and forth between the care of her mother and the Department of Children and Families.

In 2019, when she was around five years old, dad Adam was given custody of the young girl.

Adam and his estranged wife Kayla cut off all communications with their families – and a series of errors by Child Protective Services left Harmony’s mom and family in the dark about her disappearance.

Until earlier this month, the investigation focused on a home on Gilford St in Manchester, New Hampshire, where Harmony was last seen.

Police reports obtained by The Sun through a public record request show that officers visited their residence at least 16 times between January 2019 and January 2020.

Adam’s alleged criminal actions continued about four miles away on Union St, where he and Kayla lived for a period before they split, according to a police report obtained by The Sun.

The Union Street home has been identified as the address that was searched earlier this month.

There the dad, who is currently in prison, allegedly stalked Kayla in March 2021 and was ultimately arrested.

The arrest report mentioned three children in the house. All their information except ages was redacted, but none matched Harmony’s age.

The report also said Kayla told police that she lost her key so she kept her back door and back window of the home open.

Harmony’s case has frustrated local police, depressed the community and challenged the resolve of Harmony’s loved ones.

But Harmony’s five-year-old brother Jamison, his adopted dads Blair and Johnathon Miller, and older brothers haven’t given up hope that she’s alive and they’ll be reunited.

Blair Miller shared a video of a smiling, baby-face Jamison in front of a cake that read, “Happy Birthday Harmony” in pink icing earlier this month for Harmony’s eighth birthday.

In the video, Jameson said, “Harmony, I hope you have a good birthday, big sister,” and blew her a kiss.

Then they released eight pink balloons with messages on them telling her how much they love her.

“While Jamison may not know the uncertainties surrounding his sister right now, he knows she is loved, missed and hopes these words of love find her,” Blair said.

“Johnathon and I would love to read how you celebrate her today. We will keep all these happy memories to share with Jamison when he’s old enough to understand so he can see the good in this world.”

Harmony’s biological mother Crystal Sorey has been outspoken in finding her daughter, who was given to her biological father Adam Montgomery by Child Protective Services in 2019.

Sorey said she last saw Harmony over Facetime around Easter 2019.

She likely disappeared sometime between November 28 and December 10, 2019, while Adam and Kayla were living in a car, according to the New Hampshire Attorney General’s office.

Sorey isn’t a suspect, according to police, but Montgomery and his wife Kayla, who was with him when Harmony vanished, were both arrested in January on separate charges.

Adam was accused of assaulting Harmony shortly before her disappearance and also faces misdemeanor charges of interference with custody and two counts of endangering the welfare of a child.

The father has a violent past and allegedly “bashed (Harmony) around the house,” forced her to scrub the toilet with her toothbrush and stand in the corner for hours during a drug relapse, according to a probable cause affidavit.

A January 2020 police report described a “very bad odor” coming from the home which was why the door was open.

Kayla was arrested shortly after Adam and charged with one felony count of theft by deception and two misdemeanor counts of welfare fraud.

And earlier in June, Kayla was accused of perjury, a charge that she pleaded not guilty to.

As more time passes, the situation gets bleaker and the case grows more mysterious.

Her death isn’t considered suspicious, according to Manchester police, but they didn’t release any other information because it’s part of an ongoing investigation.

She dated Harmony’s father Adam Montgomery for over a year but told police she never knew about Harmony, according to court documents.

“We don’t know what she knew, if she knew anything or the details about what happened to her,” said Blair Miller, Harmony’s brother’s adopted father told The Sun.

“When my husband and I heard about it, it stopped us dead in our tracks. It’s a tragic loss. How many people’s lives are going to be ruined in this case?” 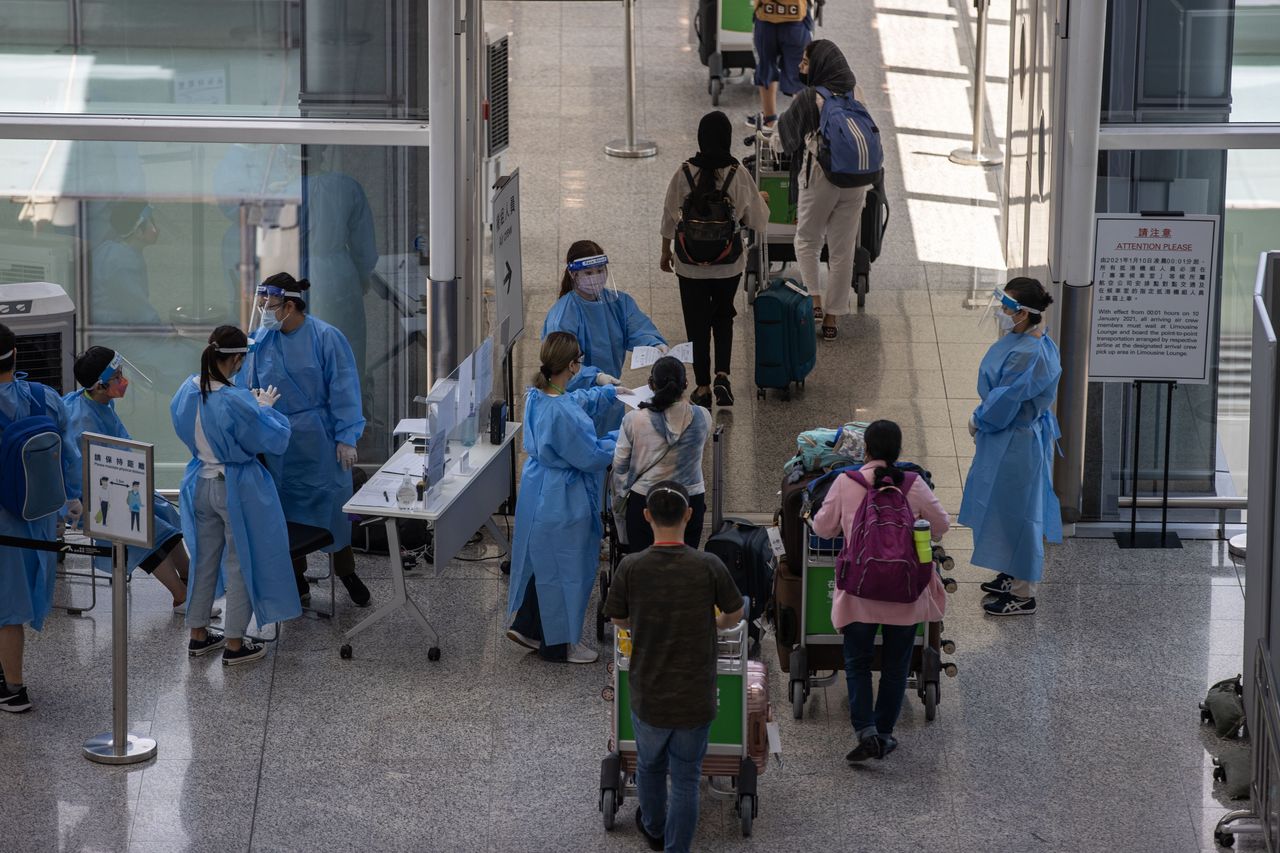