The two couples may be staying within minutes of each other at Windsor (Picture: AP/PA/Getty)

The Duke and Duchess of Sussex are unlikely to meet with Prince William and Kate when they return to the UK, it has been reported.

Harry and Meghan are set to attend various charity events during the visit next month.

It will be the first time they have been back in the country since the Platinum Jubilee celebrations in early June.

Details on any potential reunions with members of the Royal Family have not been released.

But one royal source claims there are no plans for Harry and Meghan to visit the Cambridges.

Editor of Majesty Magazine, Ingrid Seward, told the Sun: ‘I don’t think they would bump into one another unless it was pre-arranged.’

She added that there could be flowers presented as a ‘peace offering’ but that such a move would be unlikely. 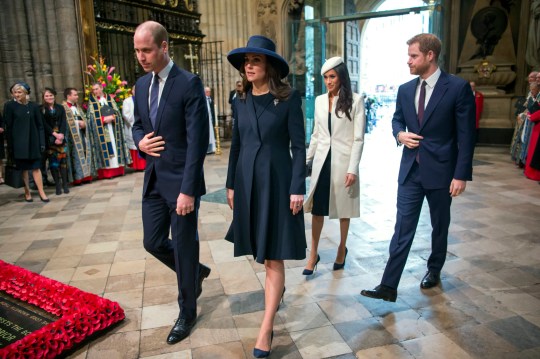 Could a reunion be on the cards for the two brothers? (Picture: AP)

If Harry and Meghan stay at their usual UK base at Frogmore Cottage, they will be just minutes away from the Cambridges.

William and Kate are due to relocate to their new home Adelaide Cottage, also on the Windsor estate, in the coming weeks.

The family are expected to move before the new school term begins in September.

According to the Daily Mail royal correspondent Rebecca English, the Cambridges have been planning a move to Berkshire since 2021

The new location had raised the chances of a private meeting between Harry, Meghan, William and Kate, despite their troubled history. 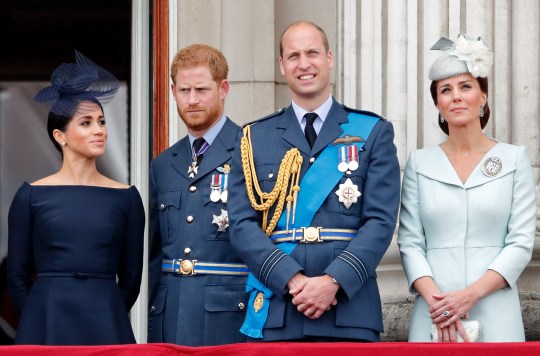 The two couples could be staying within minutes of each other (Picture: Max Mumby/Getty Images)

Last month, it was reported that the Queen hoped to ‘spend some quality time’ with the couple before the summer was out.

The 96-year-old monarch was rumoured to have asked the Duke and Duchess of Sussex, and their two children Archie and Lilibet, to visit her in Balmoral Castle.

‘They are preparing for the Sussexes,’ a Balmoral source had told The Sun.

What has been confirmed for Prince Harry and Meghan’s visit to the UK is a trip to Manchester for the One Young World Summit.

The event brings together young leaders from more than 190 countries, on September 5.

The Duchess of Sussex is a counsellor for the organisation, alongside Justin Trudeau, Sir Richard Branson, and Jamie Oliver, among others.

They will then head to Germany for the Invictus Games Dusseldorf 2023 One Year to Go event, before returning to the UK for the WellChild Awards on September 8.

A spokesperson for the couple said: ‘Prince Harry and Meghan, the Duke and Duchess of Sussex are delighted to visit with several charities close to their hearts in early September.’