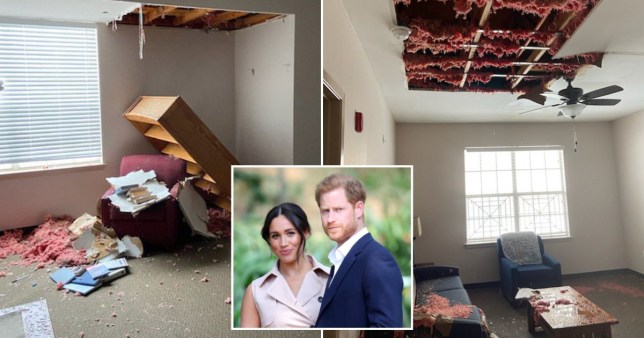 Prince Harry and Meghan Markle have donated an unknown amount of cash to the Genesis Women’s Shelter and Support, in Dallas, Texas (Picture: Twitter/Getty)

Prince Harry and Meghan Markle have paid for repairs at a women’s shelter in Texas that was badly damaged in last week’s record-breaking winter storm.

The Duke and Duchess of Sussex have donated an unknown amount of money to the Genesis Women’s Shelter and Support, in Dallas, Texas, a refuge for some 123 homeless women and children.

The center was forced to close for the first time in 35 years on Thursday – forcing its vulnerable residents to take shelter in a nearby church – after freezing cold temperatures and heavy snow led to burst pipes and structural damage.

Ceiling began to crumble at the shelter last week amid the worst winter storm to hit Texas is at least 70 years, which brought with it temperatures as low as -8(F) -22C. 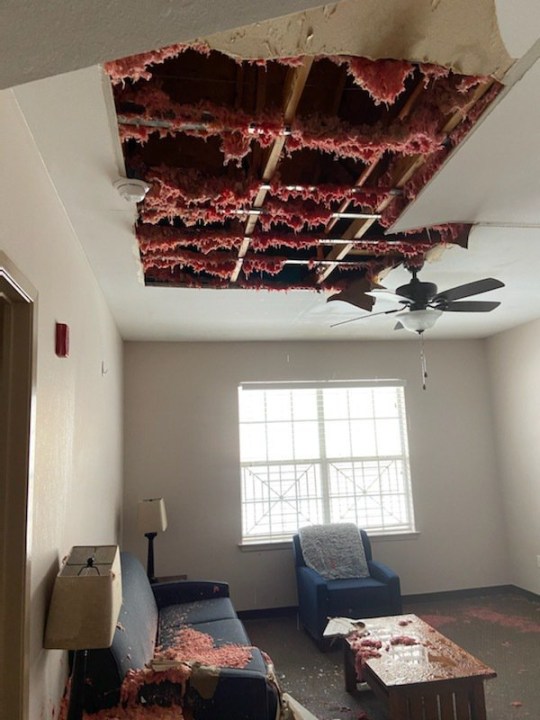 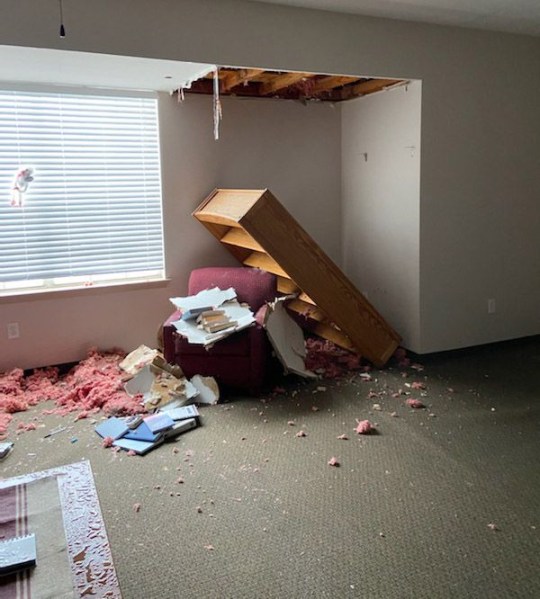 The extreme cold led to ceilings cavin in and water pipes buckling under pressure from the icy weather (Picture: Twitter)

The unprecedented cold in the state meant energy bosses were forced to cut-off power supplies to up to three million people at a time. The move came after a surge in demand led to the failure of the power grid.

The Genesis Women’s Shelter was caught up in the blackout that left its 43 women and 80 children shivering under blankets as they tried to keep warm. The service provides domestic violence support and accommodation to women in Dallas.

Power went out at the center on February 13 and Genesis director, Jan Langbein, said everyone coped until Tuesday, February 16, when ceilings began to collapse and burst pipes began spraying freezing water, reports The Dallas Morning News.

On the Wednesday, 29 women and 58 children – some of whom are babies – were forced to move out of their apartments and into a church as a temporary shelter.

Photos of the damage shows insulation and ceiling tiles scattered over furniture and staff reportedly found up to two inches of water on the floor inside the refuge.

The center made a desperate plea for help on Twitter as the emergency shelter began to crumble, and among donations from across the US, came a significant donation from Prince Harry and Meghan Markle. 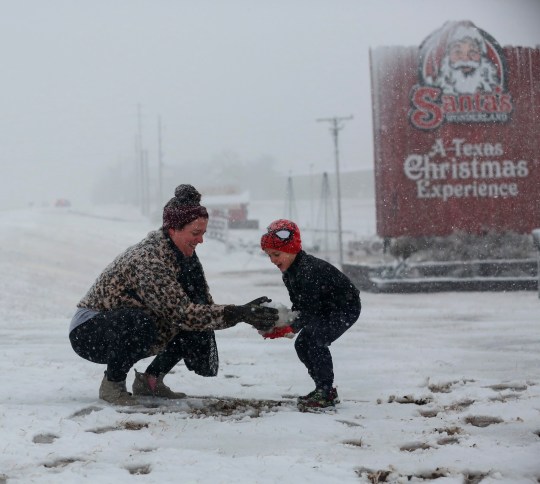 The entire state of Texas was blanketed in snow as temperatures plunged to their coldest in more than 70 years (Picture: AP) 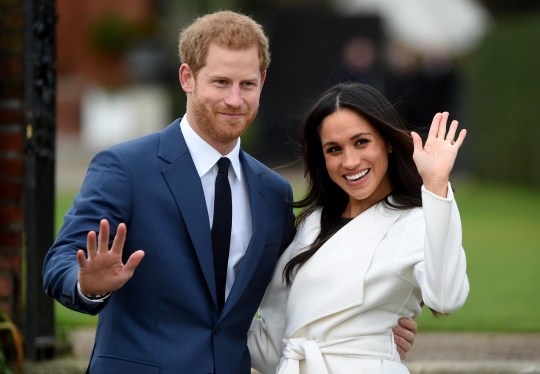 Meghan and Harry’s donation will enable the center to carry out essential and immediate repairs (Picture: EPA)

In announcing the news on Twitter last night, Genesis said the donation from the Sussex’s Archewell Foundation will help pay for a new roof and other immediate repairs.

The donation also come at a time when domestic violence organizations in the US, say there’s been an increase in violent incidents during the winter lockdown period.

The Archewell Foundation is a non-profit organization set up by Harry and Meghan to ‘uplift and unite communities’.