A residential Buffalo supermarket was turned into a bloodbath by a mass shooter (Picture: AP)

At least 10 people are dead after a gunman ‘dressed in military fatigues’ opened fire in New York.

Several people were targeted in the Buffalo mass shooting, which happened in a suburban supermarket.

Police said a suspect had been taken into custody but have not said how many people were wounded or killed.

Footage posted on social media showed a man in what appeared to be military-style clothing being cuffed by officers and at least two people lying on the ground.

There are unconfirmed reports the shooter livestreamed the rampage online.

Police have not released any official details about the identity of the suspect but a young male was photographed being taken into custody.

Another video from the scene showed a man being treated for a shoulder injury and loaded into an ambulance. 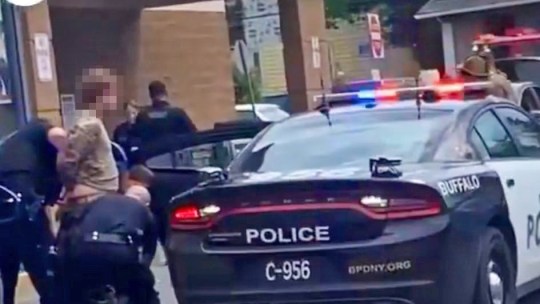 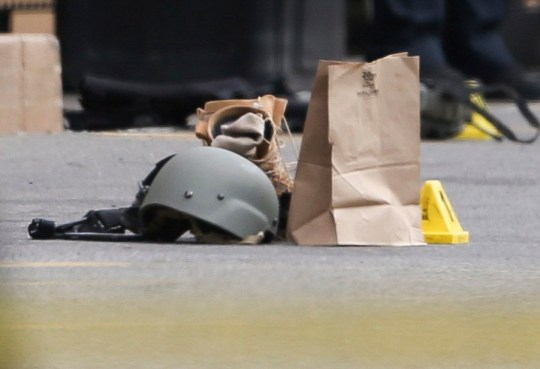 What appeared to be a miltiary-style helmet was pictured discarded on the floor outside the supermarket (Picture: AP) 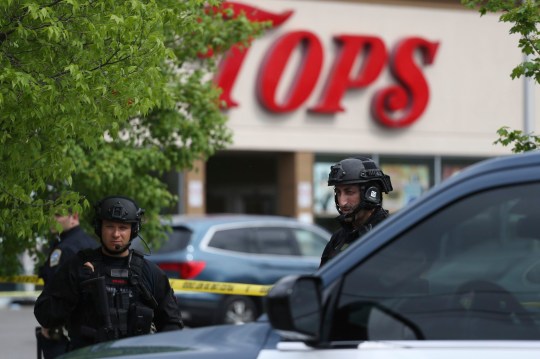 Armed officers rushed to the scene when the suspect opened fire (Picture: AP) 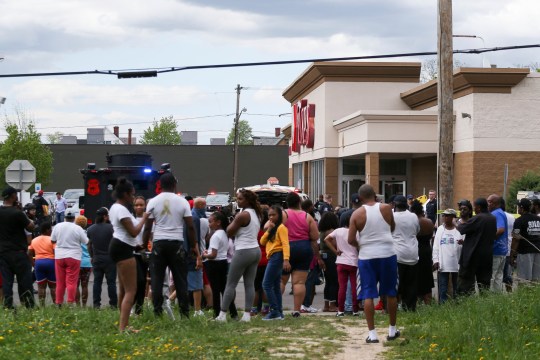 A crowd gathered at the crime scene outside a supermarket in suburban New York (Picture: AP)

Local mayor Byron Brown was at the scene and is expected to address the media.

Governor Kathy Hochul tweeted that she was ‘closely monitoring the shooting at a grocery store in Buffalo’ and offered local law enforcement state-level help.

The Erie County Sheriff’s Office said on social media that it ordered all available personnel to assist Buffalo police.