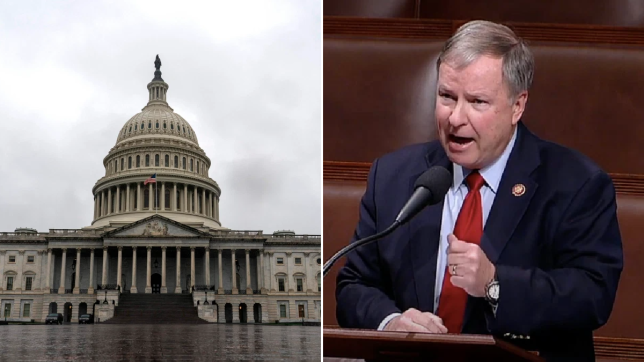 Representative Doug Lamborn of Colorado, right, let his son live in the US Capitol basement and had a ‘reckless’ disregard for Covid-19 safety regulations, a lawsuit alleges (Pictures: Getty Images/YouTube)

A Republican Congressman has been accused of allowing his son to live in a storage unit in the US Capitol basement for several weeks, on top of ignoring safety regulations that led to himself and others to contract Covid-19.

Representative Doug Lamborn of Colorado showed ‘reckless’ disregard for congressional rules, his former aide alleges in a lawsuit filed on Thursday in the US District Court for the District of Columbia. Brandon Pope, who served as Lamborn’s military and business adviser, claimed that the Congressman used his official position to force his staff to execute personal favors to his family and son in particular.

‘Representative Lamborn allowed his son to live in Congressional space,’ the lawsuit states. ‘Lamborn gave his son the necessary access to live in a storage area in the basement of the US Capitol for a period of weeks when Lamborn’s son relocated to Washington, DC for work.’

The suit, obtained by Law & Crime, further claims that Lamborn’s Office required Pope and another staffer to show his son how to use the USA Jobs site and give him advice on filling out federal job applications.

‘Subsequently, the Office required Mr Pope to help prepare Lamborn’s son for job interviews by asking him mock interview questions and helping him craft his responses,’ the suit alleges.

Pope claims that Lamborn unlawfully fired him in retaliation for pushing back on workplace conditions that were not safe or ethical – after several staff members were exposed to coronavirus.

‘When Lamborn and other senior members of his staff became infected with Covid-19 in the fall of 2020,’ the suit states, ‘Lamborn refused to implement or follow reasonable and responsible Covid-19 protocols, resulting in the widespread transmission of the virus throughout both the District and Washington, DC Offices.’

Pope claims his termination violated the Congresional Acountability Act and seeks a court order to prevent Lamborn from repeating his actions.

A spokeswoman for Lamborn told NBC that Pope’s lawsuit contained ‘unsubstantiated’ claims and that the Congressman ‘looks forward to full vindication as all the facts come to light’. 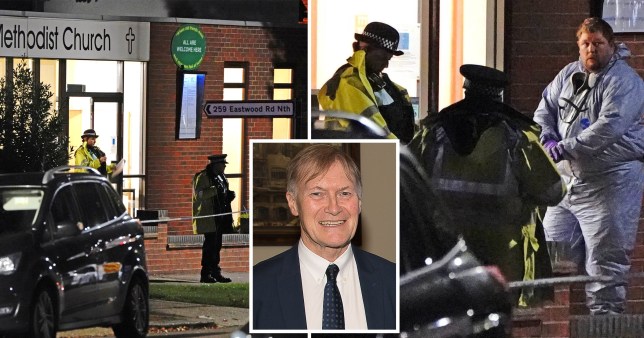