A group of nine wolves and six dogs were observed as part of the study (Picture: Unsplash)

A study has found that dogs are unable to differentiate humans based on their generosity.

Winning dogs over with a bag of treats might have been debunked with a study that observed canines’ behaviour towards humans giving or withholding food from them.

The study found that dogs showed no preference towards either the ‘generous’ or the ‘selfish’ human.

Animal behaviourists from the University of Veterinary Medicine Vienna conducted a study to see if canines would approach a generous handler over a selfish one.

A group of nine wolves and six dogs were observed as part of the study investigating whether equally hand-raised, pack-living dogs and wolves can form reputations of humans in a food-giving situation. 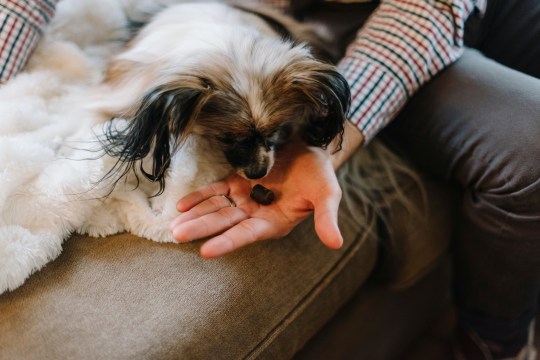 Dogs are unable to differentiate humans based on their generosity (Picture: Unsplash)

‘We found that dogs and wolves, at the group level, did not differentiate between a generous or selfish partner after indirect or direct experience,’ said the study.

This is because dogs cannot remember incidences of generosity, and so have no concept of gift-giving.

However, researchers found that wolves were more attentive towards the generous person, while some dogs and wolves did prefer the generous partner in certain instances.

The study published in the journal Plos One concludes that ‘reputation formation may be more difficult than expected for animals’, and questions if it is even possible.

Among animals that live in groups, forming reputations of individuals can play an important role in cooperation. 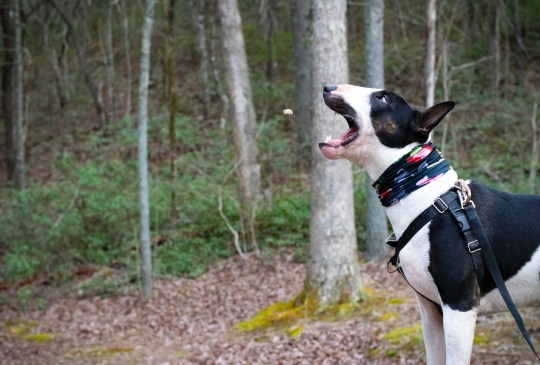 Some studies say that dogs cooperate with humans because they can form an understanding of their reputations by observing them interacting with others.

The researchers tested this ability to see if it evolved during domestication or was already present in their wolf ancestors.

Previous studies have found that dogs spent significantly more time close to the ‘nice’ human, who was friendly and playful towards the dog, than the human ‘ignoring’ it.

The two-phase experiment at the Wolf Science Center in Austria involved the animals observing an interaction between two humans and a dog, where the ‘generous’ human fed the dog and the ‘selfish’ human withheld food.

Afterwards, the animals demonstrated whether they had formed reputations of the humans by choosing which of the two humans to approach.

The second phase tested whether each animal formed reputations after interact directly with humans, who either fed them or withheld food.

Statistical analysis of the results suggested that the generous handler did not have a better reputation with either the dogs or the wolves.

The animals did not have a preference for them after either indirect observation or direct experience of their generosity with food.