The Cambridges were met with huge cheers as they arrived for tonight’s star-studded show (Picture: PA)

Princess Charlotte and Prince George looked extra smart as they joined parents William and Kate for tonight’s Party at the Palace.

There were huge cheers at the Cambridges arrived for the star-studded show, featuring performances from the likes of Elton John, Diana Ross and Queen.

Charlotte, seven, wore a red dress and waved a Union Flag while George, eight, was fully suited and booted.

Some on social media commented on how adorable they both looked, but others asked why they couldn’t be allowed to ‘dress like kids’ – even if they are royals.

Kate wore an elegant all-white ensemble while William donned a blue suit as the family clapped from the royal box.

The Queen, 96, will not be attending tonight’s festivities, having dropped out of a few Platinum Jubilee events due to her ongoing mobility issues.

But she still opened up the evening in style – starring in pre-recorded skit with none other than Paddington Bear. 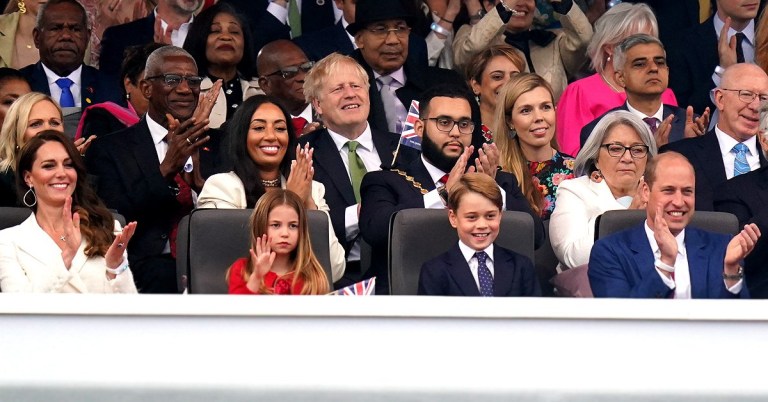 The family had front row seats for the show, which is being watched by a crowd of 20,000 (Picture: PA) 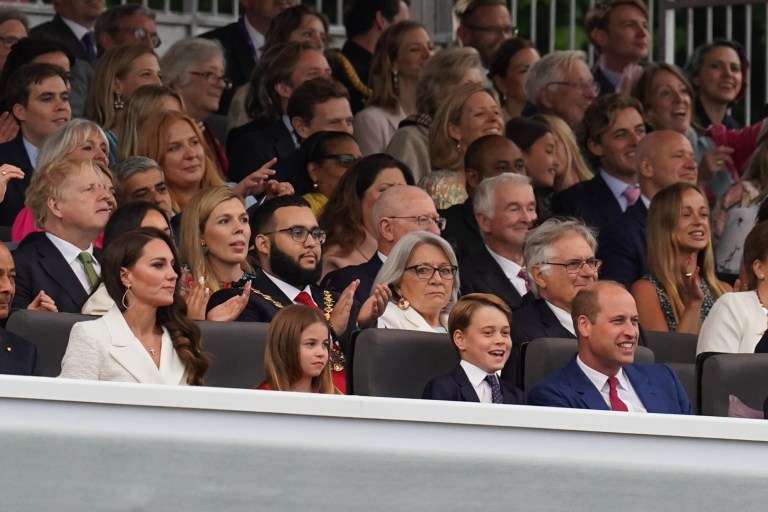 Both William and Charge will give separate speeches to the crowd of 22,000 people tonight in honour of Her Majesty, who is celebrating 70 years on the throne.

Queen, whose guitarist Brian May performed on Buckingham Palace roof for the last Party at the Palace in 2002, will be joined by singer Adam Lambert, while Eurovision star Sam Ryder will also take to the stage.