EX GEORDIE Shore star Aaron Chalmers was rushed to hospital for an emergency operation on his nose.

The reality star-turned-pro fighter, 34, had to have a hematoma drained and shared pictured with fans from his hospital bed.

Aaron Chalmers has had emergency surgery on his nose 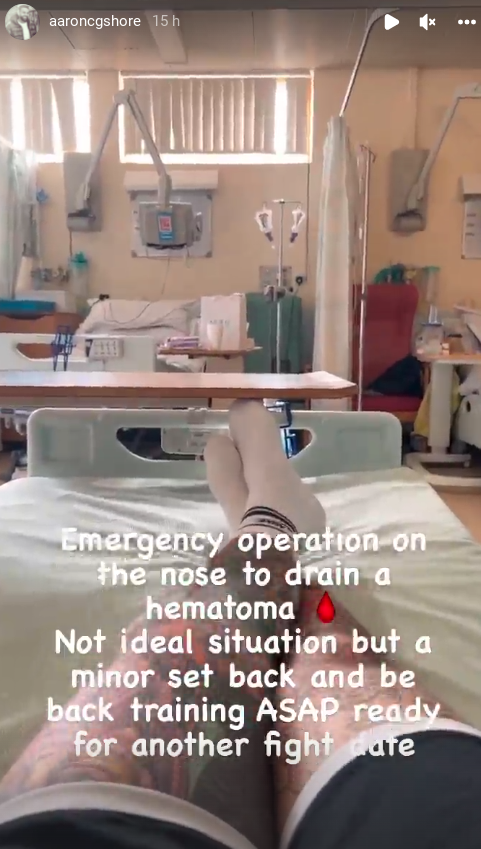 He shared pictures from his hospital bed

A hematoma is a pooling of blood beneath the skin and they aren’t usually dangerous.

Laying down on a hospital ward, he wrote: “Emergency operation on the nose to drain a hematoma. Not ideal situation but a minor set back and back training ASAP ready for another fight date.”

Aaron revealed he has a phobia of needles after getting a cannula inserted into his arm.

He posted: “Worst part is done [laughing emoji] Now just to wait for surgery!! Needles ain’t for me like.”

Girlfriend Talia Oatway delivered sweets and food to him while he recovered, which he was very grateful for. 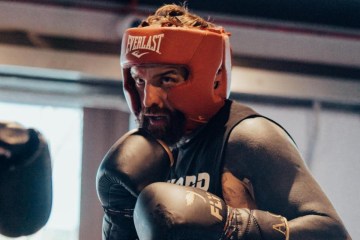 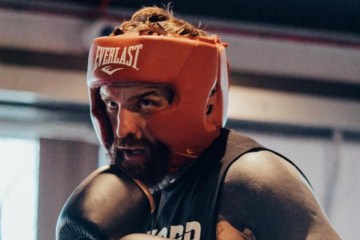 After the operation Aaron gave a thumbs up in a selfie that showed his bandaged nose.

The hospital visit means Aaron had to pull out of his boxing debut scheduled for April 2 in his home city of Newcastle.

He had proven a big draw in the MMA world working to a record of five wins and two defeats.

His last fight came in February 2020 just before the coronavirus pandemic took off in the UK and was almost ready to hang up his gloves afterwards.

He recently told SunSport: “Not long after that we went into lockdown, then I had a baby and my life kind of spiralled a little bit.

“I was drinking and then it got to like August or September and I thought, ‘I’m going to give it one more chance in boxing’.”

Chalmers then spoke to close friend, 10–1–1 welterweight Josh Kelly – who suggested he try out their Surrey gym headed up by Adam Booth.

Soon enough, the former Bellator welterweight was training in front of esteemed British coach Booth, where his boxing journey began. 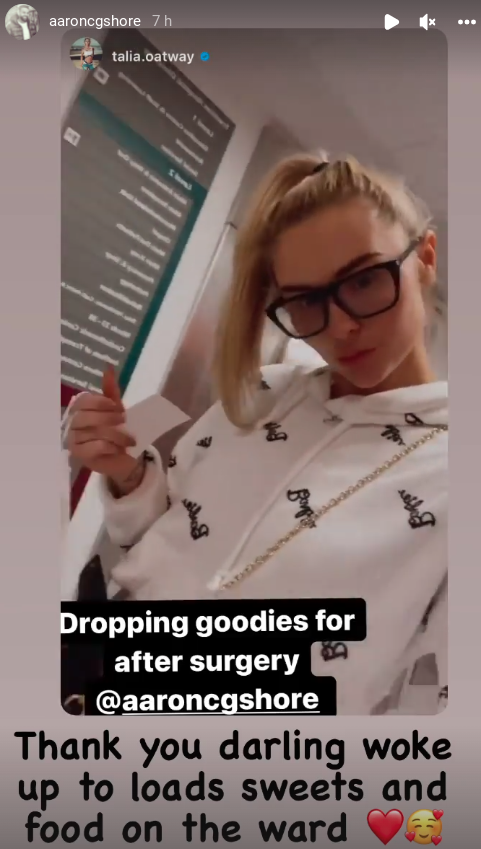 He has been supported by girlfriend Talia Oatway 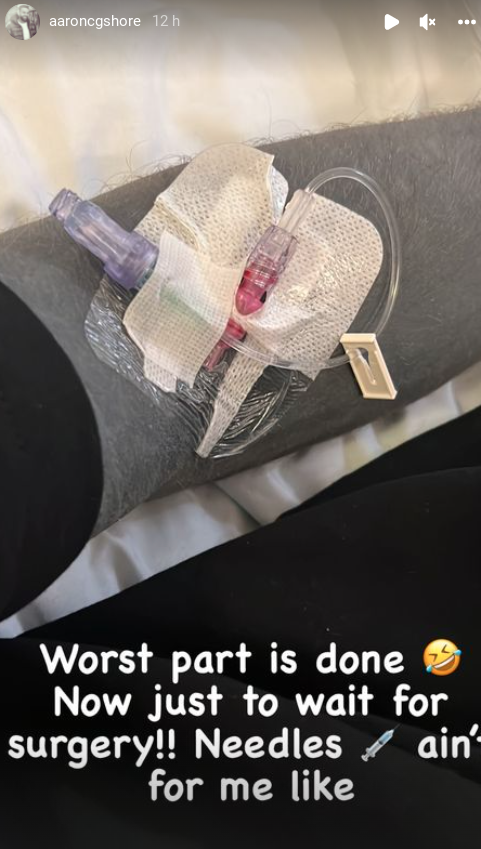