As Gen Manoj Pande takes over as the 29th COAS of the Indian Army, he carries with him rich operational experience at a time when India’s defence preparedness has to be at an all-time high in view of the precarious global geopolitical scenario.

“The supreme quality for leadership is unquestionable integrity. Without it, no real success is possible, no matter whether it is on a section gang, a football field, in an army, or in an office,” remarked Dwight D Eisenhower, the 34th President of the United States and a former General of the US Army.

General Manoj Pande, PVSM, AVSM, VSM, ADC, who has assumed the command of the 12-lakh strong Indian Army as its 29th Chief of the Army Staff (COAS) fits the quote of Eisenhower to the hilt.

A soft-spoken and an extremely intelligent officer, Gen Pande was commissioned in 267 Engineer Regiment of the Bombay Sappers, the Corps of Engineers in December 1982.

Gen Pande is an alumnus of the National Defence Academy, Khadakwasla, Pune, and is from the Lima Squadron of the 61st NDA course. The other two service chiefs Admiral R Hari Kumar of the Indian Navy and Air Chief Marshal Vivek Ram Chaudhari too are from the same NDA course.

Thus, at a time when the Indian armed forces comprising the Army, Navy and the Air Force are on the threshold of major operational and administrative changes by way of the creation of Theatre Commands for the jointness of the Tri-Services, the three Service Chiefs belonging to the same course of NDA, which is the epitome of tri-services training, will give a fillip to the long-awaited changes in the Indian armed forces.

Hailing from Nagpur, the General has tenanted prestigious command, staff and instructional appointments in India and abroad.

Gen Pande commanded 117 Engineer Regiment in counter-insurgency operations in Jammu & Kashmir (J&K) and was General Officer Commanding (GOC) of a Division also in J&K. He commanded an Engineer Brigade and an Infantry Brigade, a Corps in the North East and was the Commander-in Chief (CINCAN) of India’s only Tri-Services command, the Andaman and Nicobar Command (ANC), before taking over as the General Officer Commanding-in-Chief (GOC-in-C) of the Eastern Command in Kolkata.

The General has also been an instructor in the College of Military Engineering, Pune, and has been part of the United Nations peace-keeping force in Ethiopia and Eritrea, apart from being the Brigade General Staff Operations (BGS Ops) in HQ Eastern Command.

Gen Pande is a thorough professional who has topped the Young Officers Course in CME, Pune, thus being awarded the Silver Grenade and has done the staff course from Joint Services Command and Staff College, Camberley, United Kingdom. The General has also done the coveted Higher Command course from Army War College, Mhow, and is a graduate from the National Defence College, New Delhi.

Gen Pande’s elevation as the COAS from the appointment of the Vice Chief of the Army Staff (VCOAS) is a correct decision by the Union government as the seniority principle has been adhered to. This decision reinforces the faith of the rank and file in the organisation and greatly helps the Army remain apolitical and secular, the tenets on which the glory and valour of the Indian Army rests as a formidable fighting force in the entire world.

What is historic is that Gen Pande is the first Corps of Engineers officer to become the COAS of the Indian Army.

Very few engineer officers the world over have commanded their respective armies. Notably among them has been General Douglas MacArthur who as an engineer officer commanded the US Army. The elevation of Gen Pande as the COAS places him in the portals of these select few.

The Indian Army is divided into the fighting arms, the supporting arms and the services.

The fighting arms comprise the Infantry, Artillery, Armoured Corps and the Mechanised Infantry. The previous 28 Chiefs of the Army Staff have been from one of these fighting arms.

The supporting arms comprise the Corps of Army Air Defence, Army Aviation Corps, Corps of Engineers, Corps of Signals and the Intelligence Corps.

The Corps of Engineers also known as Sappers are divided into Bombay Sappers, Bengal Sappers and Madras Sappers.

The services comprise the Army Service Corps, the Army Ordnance Corps and the Corps of Electrical and Mechanical Engineers whose main task is to provide logistics to the Army.

Officers from Artillery and the supporting arms have the option to opt for general cadre in the rank of Brigadier. The brightest and the best Brigadiers are selected for the general cadre which enables them to command the formations like Division and Corps, thus making them eligible to become GOC-in-C and eventually the COAS.

Officers from Infantry, Armoured Corps and the Mechanised Infantry are automatically deemed to be in the general cadre.

The nearest a Sapper came to becoming the COAS was Lt Gen PS Bhagat, MC, who as the first GOC-in-C of the re-established Northern Command was overlooked to be the next COAS after Field Marshal SHFJ Manekshaw.

Then Prime Minister Indira Gandhi gave a nine-month extension to Lt Gen GG Bewoor who then became the COAS, despite Field Marshal Manekshaw recommending the name of Lt Gen Bhagat as the next COAS after him, thus making history wait for a few decades more before Gen Pande would become as the first COAS in the Indian Army from the Corps of Engineers.

As Gen Manoj Pande takes over as the 29th COAS of the Indian Army, which is the fourth largest army in the world, he carries with him rich operational experience at a time when India’s defence preparedness has to be at an all-time high in view of the precarious global geopolitical scenario.

The brilliant officer and an outstanding gentleman that Gen Pande is, the Union government has made the right choice to appoint him as the head of the finest organisation in the world, the Indian Army.

The famous quote of General Douglas MacArthur resonates louder even today: “A true leader has the confidence to stand alone, the courage to make tough decisions, and the compassion to listen to the needs of others. He does not set out to be a leader, but becomes one by the equality of his actions and the integrity of his intent.”

The writer, who retired from the Corps of Engineers of the Indian Army, is an alumnus of NDA, Khadakwasla and IIT Kanpur. He is a M.Tech in Structures, has also done MBA and LLB and is a prolific writer and a public speaker. He Tweets and Koos at @JassiSodhi24. The views expressed are personal. 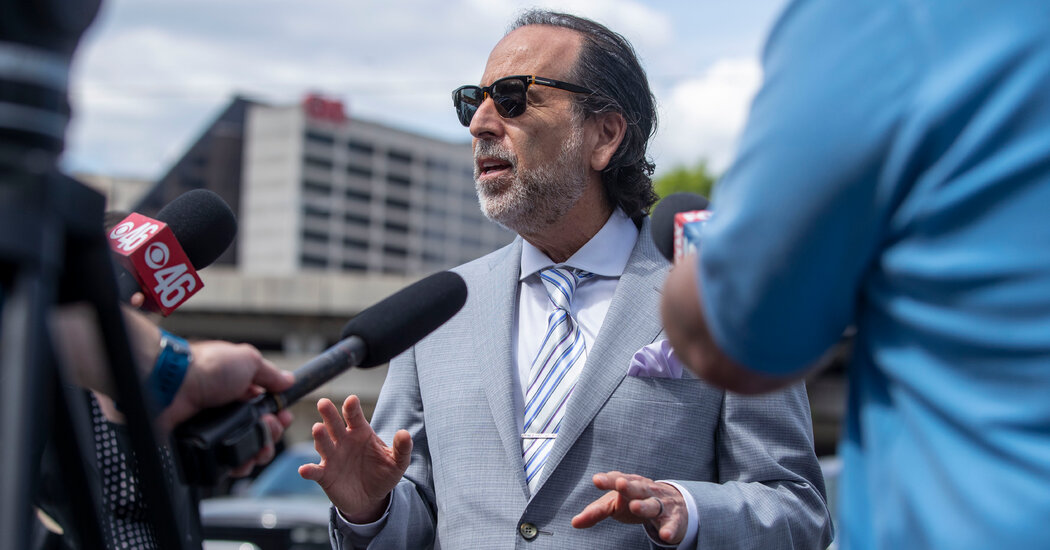