‘When I was beaten up, they had levelled allegations that I am with BJP- RSS. So I am with BJP-RSS from now on,’ Madan Sharma, the retired officer, said 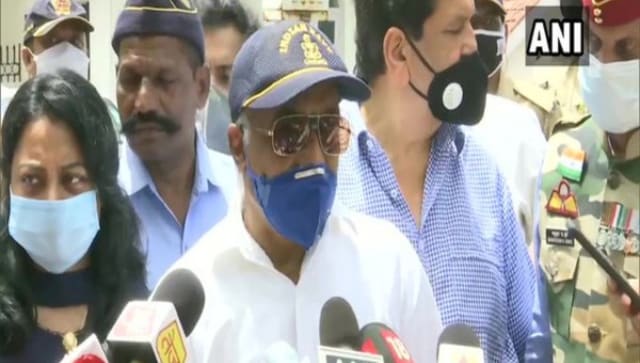 Mumbai: Former Navy man Madan Sharma, who was recently attacked by Shiv Sena workers in Mumbai, on Tuesday said he is with the BJP and RSS now

He was talking to reporters after meeting Maharashtra Governor Bhagat Singh Koshyari at Raj Bhavan.

He was attacked after posting on his housing society’s WhatsApp group a cartoon lampooning Chief Minister and Shiv Sena president Uddhav Thackeray.

After the attack in north Mumbai’s Kandivli suburb, Sharma had demanded that the chief minister apologise to him and the country. He had also said that Thackeray should quit his post if he was unable to uphold law and order in the state.

Six Shiv Sena workers have been arrested in connection with the incident.