The suspended IAS officer was released at 3 pm on Wednesday from the prison. He was in judicial custody for 98 days 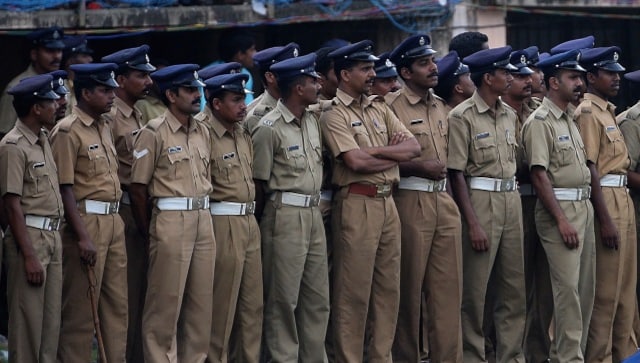 Kochi: A court in Kerala on Wednesday granted bail to suspended IAS officer M Sivasankarin the dollar smuggling case, observing that the offence against him was “serious” in nature and “required intensive probe”.

Sivasankar, the former Principal Secretary of Chief Minister Pinarayi Vijayan, was released by 3 pm from prison after 98 days in judicial custody.

The dollar case had come to light during the probe into the gold smuggling racket in Kerala in which also Sivasankar is an accused.

Pointing out that Sivasankar had “sufficient knowledge” about the smuggling of foreign currencies perpetrated with the help of the prime accused, the court said, “such knowledge and his culpable failure to bring the smuggling to the notice of appropriate authority despite the fact that he was a senior civil servant during the relevant time, shall be viewed seriously”.

The court directed him to execute a bond of Rs one lakh, with two sureties for the like amount and appear before the investigating officers as and when required.

The judge observed that further detention of Sivasankar, who was a cancer survivor and had undergone surgery, was no longer essential for the investigation of the case.

The Customs had arrested Sivasankar in the dollar smuggling case on January 23.

Television visuals showed the IAS officer walking out of the Ernakulam district jail with a backpack and carrying books in his arms around 3 pm.

He refused to talk to the media and left in the care of a relative.

Reacting to Sivasankar’s bail, Senior Congress leader Ramesh Chennithala said the proper investigation was not going on in the gold smuggling case and alleged that BJP and the CPI(M) were trying to sabotage the case and there was some secret understanding between them.

Sivasankar was in judicial custody for over three months days following his arrest by the Enforcement Directorate (ED) and Customs in the cases relating to the sensational gold smuggling through the diplomatic channel, money trail and dollar smuggling.

He was granted bail in two cases earlier and the dollar case was the only one pending against him.

The dollar case relates to alleged smuggling of USD 1,90,000 (equivalent to Rs 1.30 crore) by a former finance head of the UAE Consulate in Thiruvananthapuram to Muscat in Oman.

Prime accused in the gold smuggling case Swapna Suresh and Sarith PS are also allegedly involved in the dollar case and had already been arrested by the Customs.

Sivasankarwas suspended after his links to Suresh, also a former employee of the consulate surfaced.

The Customs on 8 January had recorded the statement of Kerala Assembly Speaker P Sreeramakrishnan’s assistant private secretary in connection with the dollar smuggling case.