John Baines was visiting his dad in Forest Bank prison when he says he was attacked (Picture: MEN Media)

A disabled man claims he was punched, dragged and sworn at by a female prison officer after she parked in a disabled bay.

John Baines drove over 90 miles from his home in Chesterfield, Derbyshire, to see his father for the first time since he was jailed three months ago.

The 36-year-old parked in the disabled area at HMP Forest Bank in Pendlebury, Greater Manchester, where he says he was soon joined by the officer.

When he made a comment about her parking in a disabled bay, he claims she reacted violently.

‘Me being me, I say a bit of a sarcastic comment, “perks of the job, park where you like,”’ he said.

‘Then she replies “I’ll park where the f*** I like, I’ll do what I please.” I was just trying to have a bit of banter and then got all that.

Mr Baines, who requires a walking stick after being stabbed in 2013, said he took a picture of the woman’s vehicle before returning to his car, where he sat down with the door open. 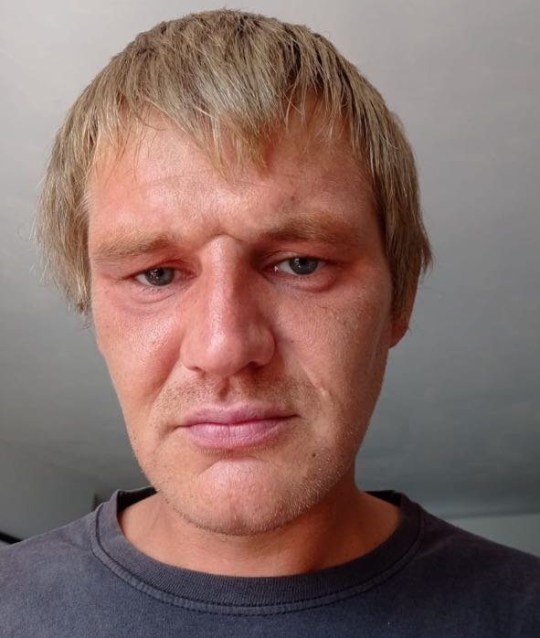 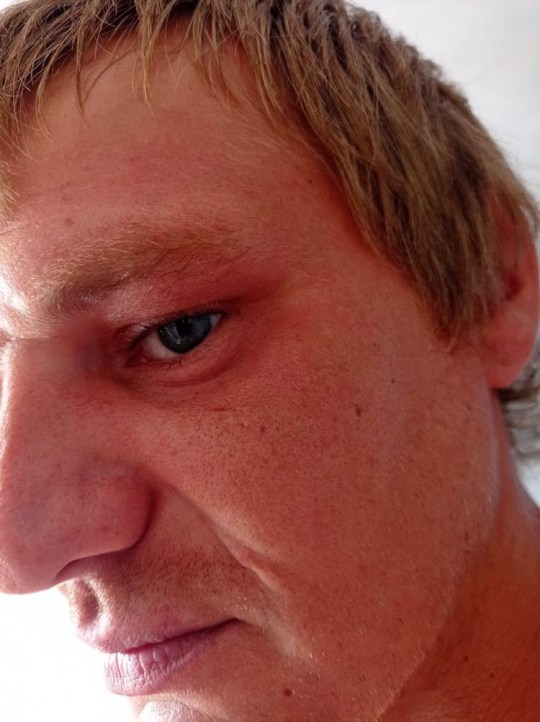 Mr Baines said the ordeal left him so shaken he had to call a friend to come and pick him up (Picture: MEN Media)

He said he was then approached by the woman who demanded he hand over his phone.

When he refused, he claims he was ‘punched in the left then the right side’ of his face.

‘She tried to drag my phone off me, I tried to get to the passenger side of my car to get away from her, but she grabbed me by the throat and dragged me out of the car,’ he said.

Mr Baines said the ordeal left him so shaken he had to call a friend in Chesterfield to come and collect him. He has now been left fearful of going outside. 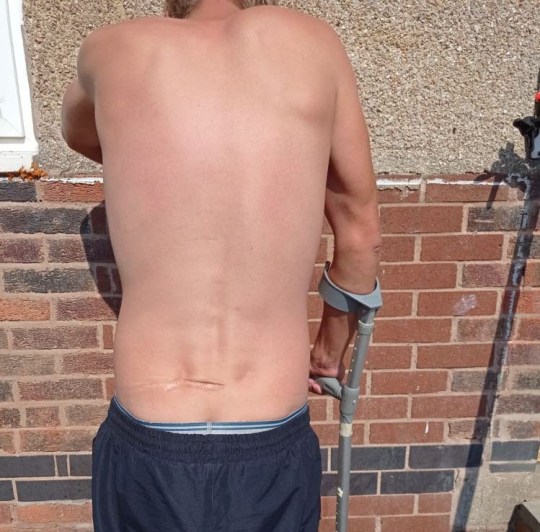 Mr Baines struggles to walk properly after he was stabbed in the back in 2013 (Picture: MEN Media)

‘After being stabbed, I don’t go out in public by myself that much but I went to prison because I thought it would be safe. It’s supposed to be a secure area,’ he said.

Greater Manchester Police confirmed a 27-year-old woman was arrested at the scene on suspicion of common assault and battery.

She was released under investigation, with a spokesperson adding the victim’s injuries ‘were not serious’.

A spokesperson for HMP Forest Bank said: ‘We are aware of an allegation against one of our prison officers and are co-operating with the police investigation. It would be inappropriate to comment any further at this time.’