These are the first pictures of a much-loved dad killed at the Camber Sands resort after a row ‘erupted over football’.

Michael McDonagh, 53, died after he was allegedly pinned to the floor at Parkdean in the East Sussex holiday park.

Six people have now been arrested and are in custody on suspicion of murder.

It is understood the row broke out on Friday night at the end of the Crystal Palace v Arsenal match.

Tributes that have flooded in for the dad, dubbed ‘popular Michael’ by family and friends.

This included one from his daughter Erin that showed a series of pictures of Michael as she said she loved him ‘to bits’.

She added: ‘My heart is broken over you dad it doesn’t seem real.’

Celine Ward paid tribute to her uncle by hailing him a ‘legend’, writing: ‘Oh god uncle Michael, I can’t believe it you are after breaking hearts of so many.

‘I really can’t believe you are gone. Watch over all your family.

‘You are forever going to be missed. R.I.P popular Michael McDonagh our big Michael.’ 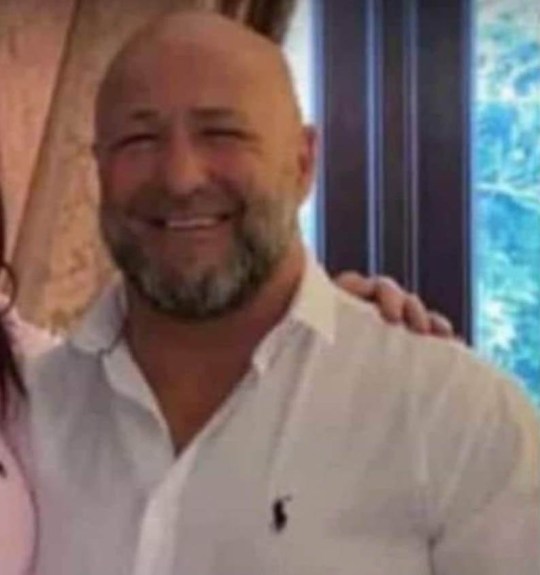 Police raced to the scene of Michael’s death on Friday (Picture: UkNewsinPictures)

Another family member wrote: ‘Uncle Michael, you didn’t deserve this. How can the world be so cruel. You will never be forgotten.’

Police rushed to the holiday park on Friday after the horror unfolded, with witnesses saying Michael gasped ‘I can’t breathe’ before he turned blue while being held down.

A spokesman for the Sussex force said: ‘Police have arrested six people on suspicion of murder following the death of a man at a holiday park in Lydd Road, Camber Sands, in the early hours of Saturday morning.’

Detective Chief Inspector Emma Vickers from the Surrey and Sussex Major Crime Team added: ‘Our investigation is at a very early stage, but I would like to reassure the public that this appears to be an isolated incident with no wider risk of harm.

‘Officers are now working to establish the full circumstances while the victim’s next of kin are supported by specialist officers.’

A spokesperson for Camber Sands, which offered £100 to any guests who had to cancel activities and leave the park, said: ‘On the evening of Friday 5 August a serious incident occurred within our complex area.

‘As this is a live police investigation we cannot comment further, but our team is doing everything they can to assist enquiries.’