Jennifer Allen and fiancé Zachary claim dolls have been left outside their home in St Louis, Missouri (Picture:@tenderslug/Caters)

A couple claim someone has been leaving creepy dolls outside their home for months.

Jennifer Allen, 29 and her fiancé Zachary, 30, said they started receiving the strange ‘gifts’ a few weeks after moving into their home in St Louis, Missouri, USA.

After a month of receiving the creepy dolls, Jennifer decided to contact the police when she recorded a suspect on CCTV.

But she claims when she was unable to provide footage of the person’s face, officers were limited in what they could do.

Jennifer said: ‘I contacted the police about a month into the experiences, it was right after the footage of the person putting them on our doorstep.

‘They said if they can’t identify the person on the camera then they can’t really do anything.’ 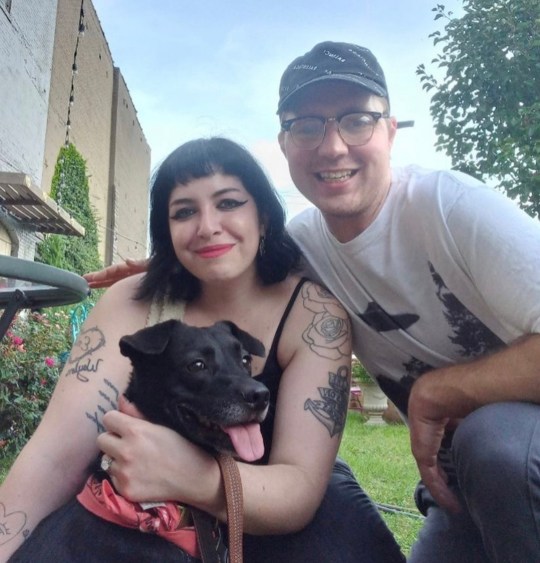 The couple have vowed to stay at their home (Caters)

Since August, the couple and their nine-year-old daughter April claim to have been finding creepy dolls near their front and back doors, leading Zachary to set up a security system.

Jennifer shared her experiences on TikTok, which has drawn mixed responses from both believers and sceptics.

Jennifer claims to have captured one of the dolls, Emily appearing to say ‘good’ in a video on TikTok and says she has seen another doll, Abigail move, prompting her to set up a camera to show her fiancé.

Jennifer, a nursing assistant, added: ‘I wouldn’t lie about something like this, I was just posting little silly things with my daughter when it started happening.

‘I thought ‘I should document this’ – I didn’t mean for it to turn into anything.’ 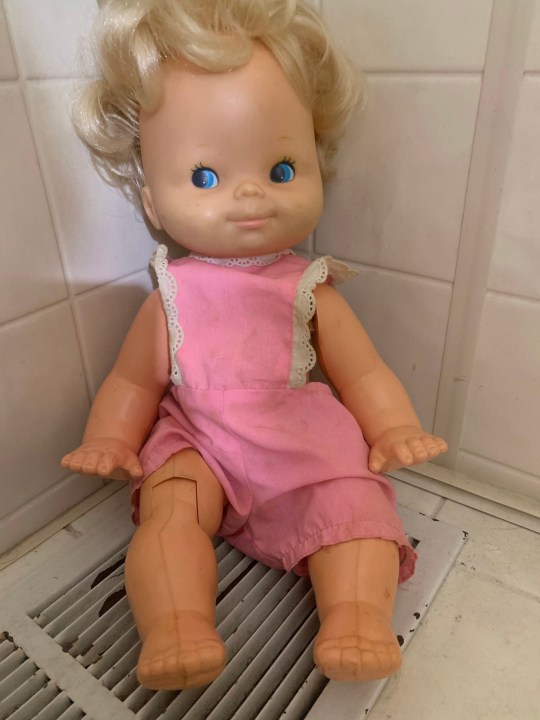 An unnamed doll was abandoned on Jennifer’s doorstep. (Caters)

Jennifer said her daughter is nervous about the dolls but likes the one called Abigail.

The 121-year-old home was Jennifer and Zachary’s first property purchase and they plan on staying there even after the experiences.

She said: ‘The house had been vacant for quite a while. It belonged to same family.’