The parents of an eight-year-old child wounded in the July 4 parade shooting said their son may now be experiencing ‘cognitive loss’ after the tragedy.

Cooper Roberts was the youngest person injured when a gunman opened fire on a parade in Highland Park, Illinois.

Cooper suffered a spinal cord injury, which left him paralyzed from the waist down.

He is being treated at the Shirley Ryan AbilityLab, a research hospital in Chicago. 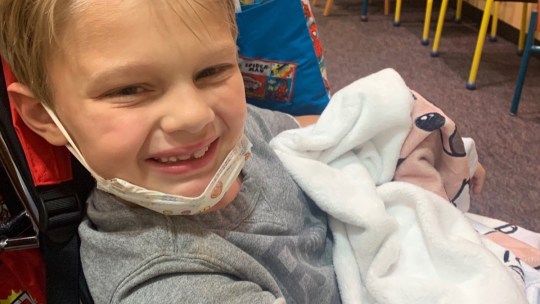 Cooper Roberts suffered a severed spinal cord from a bullet in the shooting (Picture: GoFundMe)

‘Cooper wasn’t well enough or talking enough to notice these issues earlier while in the hospital,’ the family said. ‘Therapists are seeing short term memory loss, issues with word recovery, and loss of acuity around fine motor skills. They are doing a comprehensive neurological and psychological evaluation this week and working on new therapies.’

The Roberts family has hit their GoFundMe fundraising goal of $2.25million, enough to purchase ‘assistive technologies’ and daily living necessities for the boy. ‘It’s overwhelming to consider,’ the family said.

More than $2million has already been raised to cover Roberts’ medical expenses.

Last Tuesday, the family said that Cooper’s doctors took him off pain medications, antibiotics, and removed his feeding tube. 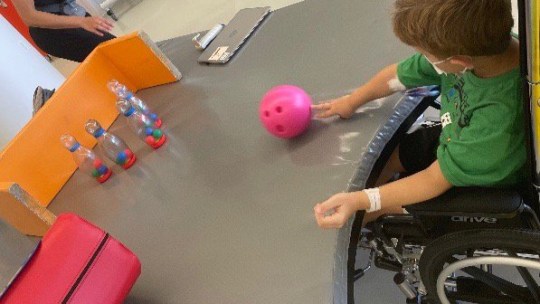 Cooper Roberts has been recovering at a specialized research hospital in Chicago (Picture: GoFundMe)

‘Cooper is no longer being fed liquids through an intravenous feeding tube and can now eat the foods he’s been craving, like Lay’s dill pickle chips, Cheetos, Chick-fil-A, McDonald’s, and extra Cheddar flavor-blasted Goldfish,’ the family said. ‘We are all so happy to see him eat – and will be working to get some fruits and vegetables back in the rotation!’

Cooper was also able to participate in a wheelchair race down the hallway with his physical therapists, Fox 32 Chicago reported.

He was one of 30 people wounded in the July 4 attack. Seven others died in the massacre.

Crimo pleaded not guilty to all charges.