THE running order for the Eurovision Song Contest has been revealed – and fans are adamant that the United Kingdom will win.

On Saturday, millions of people across the continent will spent their evening glued to the annual competition packed full of bold costumes, brash lyrics and bizarre dance routines. 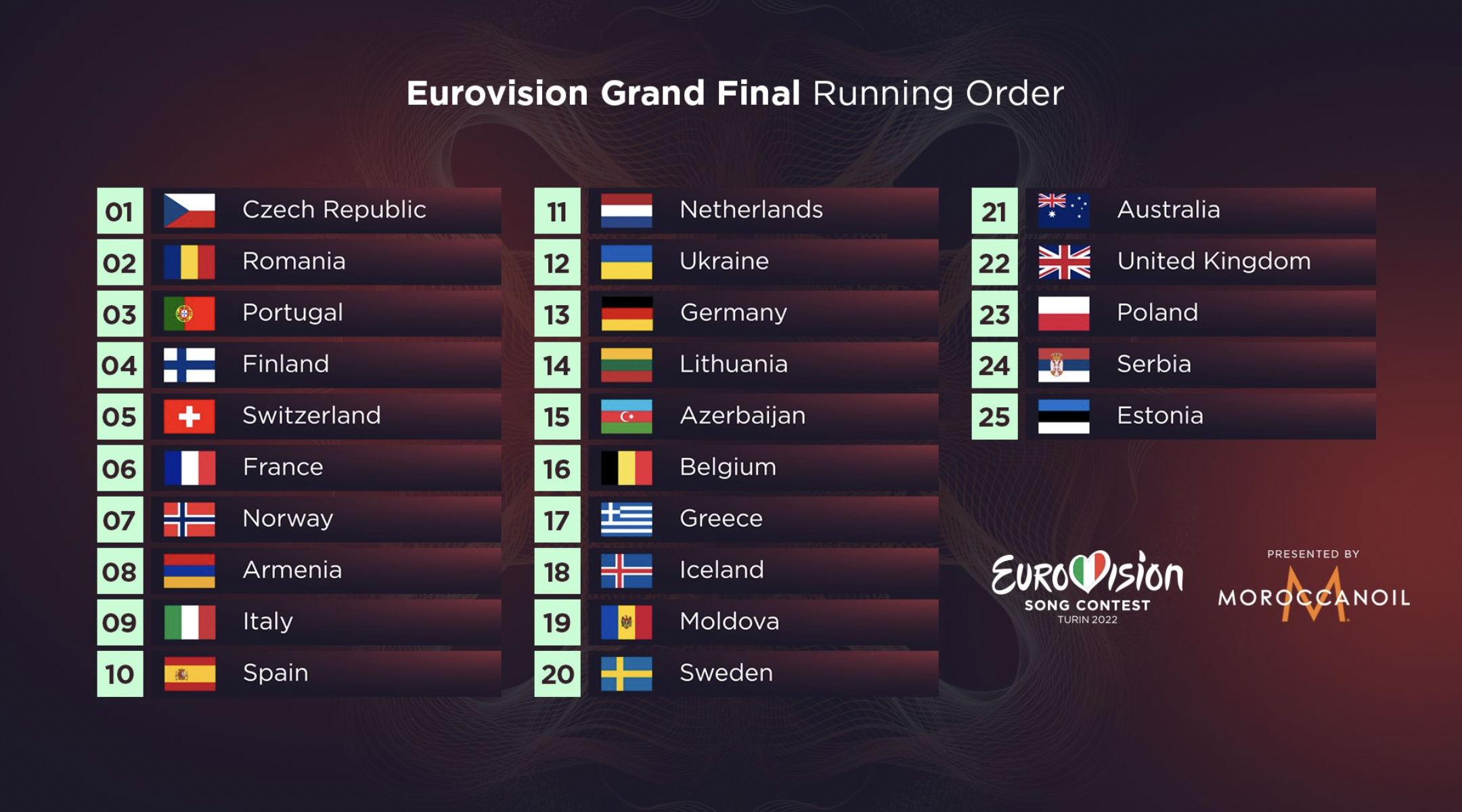 The running order for the grand final on Saturday has been revealedCredit: Eurovision

This year’s entrant for the UK is social media star Sam Ryder, who will sing Space Man.

The 32-year-old was already a huge sensation on TikTok before the contest, with stars such as Alicia Keys, Sia and Justin Bieber reposting his videos.

He was then selected for Eurovision by TAP Management, the management company behind Lana Del Rey and Ellie Goulding, who helped the BBC choose this year’s entry.

Ahead of tomorrow’s showpiece, the running order has been revealed – and it certainly bodes well for our man. 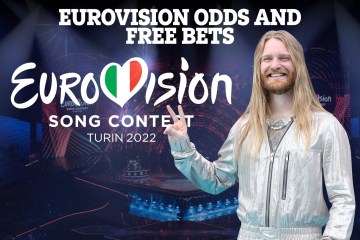 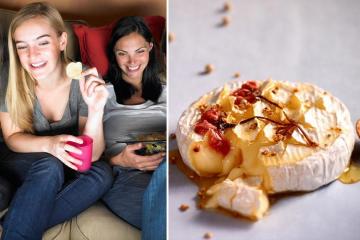 Sam will be the 22nd artist to take to the stage as part of the competition, nestled in between Australia’s Sheldon Riley, who is performing Not The Same, and Poland’s Ochman with River.

Czech Republic will open the night, while Estonia will be the final country to be represented.

Already things are looking good, with last year’s winner Maneskin coming out on top after getting number 24 in the draw, however, it goes a little deeper than that.

Going further back, the UK’s last winning entry Katrina and the Waves – who stormed to victory with Love Shine A Light in 1997 – came out on top as the 24th performer on the night.

On the face of it, it certainly pays to been drawn later on in the show, and so Sam is in a great position to avoid the dread nil points that the UK secured last year.

After two years of finishing in last place and more than a decade since making the the top ten, the UK are one of the favourites to win.

And fans of the contest are tipping Sam to bring back the trophy to the UK, too.

Alongside an array of red love heart emojis, one person penned: “If that running order is anything to go by, the United Kingdom will have a solid chance of winning.”

Echoing their comments, someone else said: “Sam Ryder has had the perfect draw. Can he bring home the crown for the first time in 25 years? I think so.”

While a third added: “Sam Ryder is one of the best, if not the best, entries that the UK have had for Eurovision.”

Sam’s uplifting power ballad has seen his odds consistently slashed, with bookies pricing him up as short as 6/1.

John Brackenridge, senior trader at Star Sports, said of Sam’s chances: “The majority of the business we have seen has been patriotic money on Sam Ryder and the United Kingdom.

“It is by far our worst result in the book, despite the short odds on Ukraine.”

The Eurovision Song Contest grand final airs on Saturday, May 14 at 8pm on BBC One. 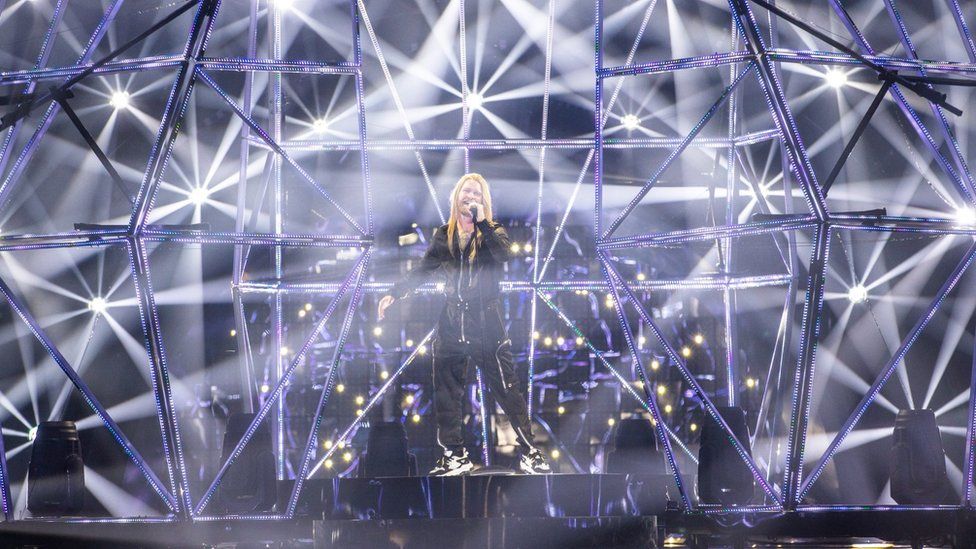 The singer has one of the most ambitious stages of any Eurovision actsCredit: Andres Putting 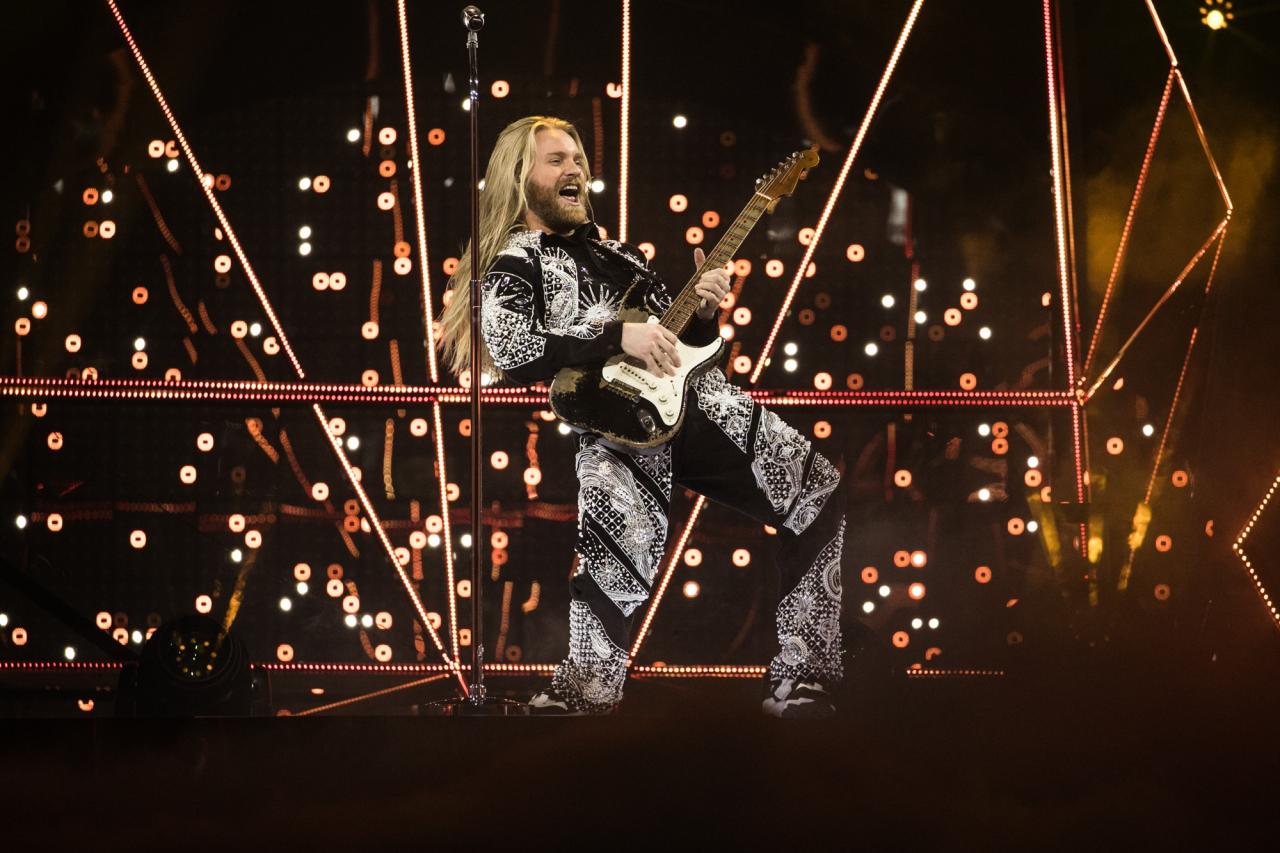